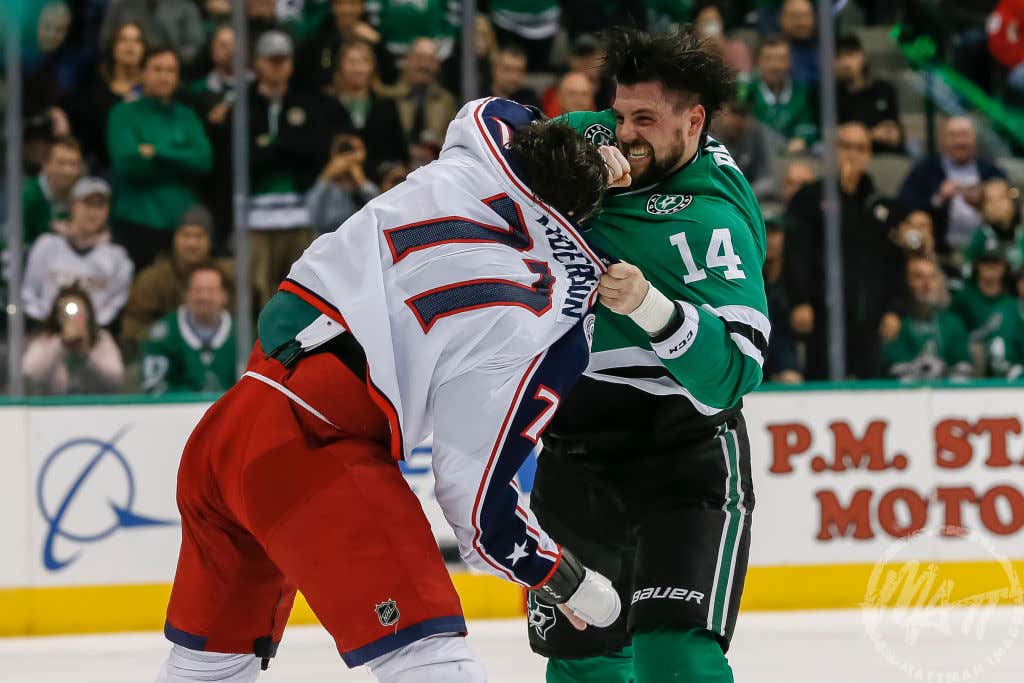 When you’re talking about the best and most skilled hockey players in the world, you have guys like Connor McDavid and Sidney Crosby and Auston Matthews and Nathan MacKinnon etc. etc. Jamie Benn isn’t too far down that list but I think even he’d tell you that he didn’t get to where he is today based on raw skill and talent alone. Jamie Benn is a captain in the National Hockey League because he’s the definition of a beauty. The ultimate team guy. Somebody who will go out there and put up anywhere from 70-90 points per season, but will also answer the bell whenever he needs to. Just a month ago, Jamie Benn already gave us one of the best fights we’ll see all year with his dance against Miles Wood while the Stars were down 3-0 in New Jersey and in need of a spark.

And then in the 1st period of last night’s game against Columbus, Jamie Benn and Josh Anderson gave the hockey world another heavyweight tilt of the year nominee.

Now here’s what is so great about Jamie Benn in this fight–Anderson was asking Benn to fight all the way through the neutral zone. They could have dropped the gloves pretty much anywhere on the ice. They could have thrown some hands at center ice and it might have made for a better spectacle. But what Jamie Benn does in his little pre-fight theatrics is he lures Anderson over to fight right in front of the Stars’ bench. Not only so that he has a few corner men helping him out in the middle of the fight, but also as a way for Benn to say to his team, “You see this shit, boys? This is how it’s done”.

You see Benn even stare down his own bench a little before they start chuckin’ knucks. What a beaut. Just wants to give the boys the best seats in the house to watch the show. And then from there? Well it’s bombs away. Both guys throwing missiles for hands. Pretty even scrap but Benn ultimately gets the takedown at the end.

Now Columbus would end up taking home the 2 points there with the 2-1 win. But Jamie Benn was the big winner of last night. What more could you possibly ask out of the guy as a teammate? He may not be a great teammate in bed since he refuses to bunch mox, but on the ice? He’s as throwback as they come. No visor. Throws bombs. Wears the ‘C’. And has the ability to put home 41 goals in the season if you need him to. What a legend.

P.S. – The Dallas Stars have to lead the league in amount of guys who still rock Easton helmets. You’ve got Benn, Seguin, Spezza and Klingberg right here. 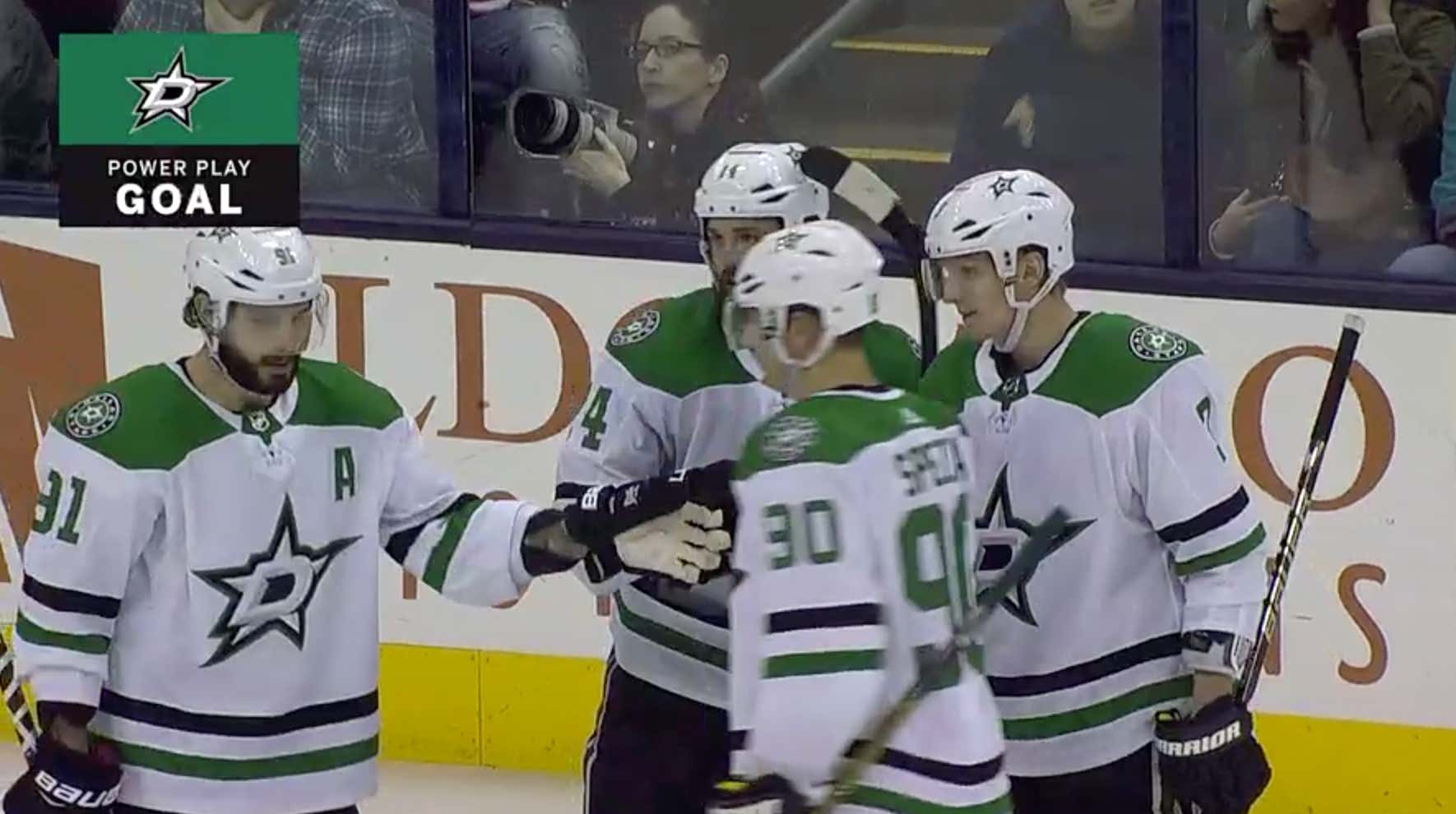 And then you also have that beautifully disgusting bastard Alex Radulov. 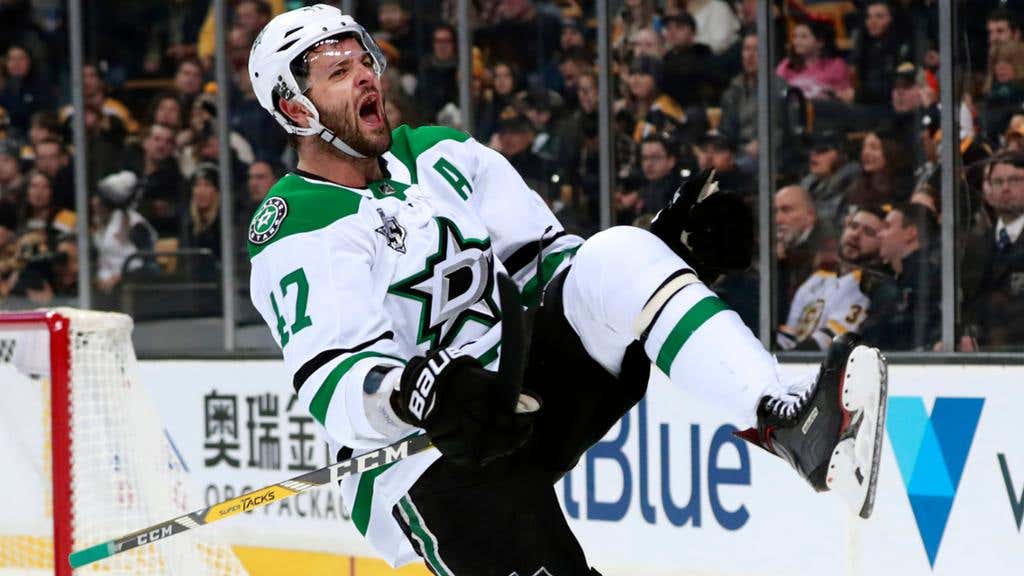 I could still be missing some more, too. It’s weird enough seeing one guy on a team still wearing an Easton helmet, let alone 5.