Morning… This is the worst subject I have ever written about.

I was casually floating around the internet yesterday and I came across a YouTube clip that I was unable to watch all the way through.

I don’t think I will be able to post the actual clip due to the laws of both Barstool AND of common decency, but I am going to let you behind the curtain with this tiny blog.  Afterward, you are a simple internet search away from being as utterly disgusted as I was.

I am not an avid web surfer, but I am still a little disappointed that I never knew this existed.  Even though it is not as pornographic as the iconic “2 girls, 1 cup” clip, it is equally repulsive.  It is not safe for work, and it not to be watched while around kids or food.

Fear Factor was a reality game show that most remember.  There was a recent reboot in 2017 that was hosted by Ludacris, but the original aired from 2001-2006, and then once more briefly in the 2011-2012 season, and it was hosted by Joe Rogan.

For those who don’t remember the concept, the show put contestants through a series of mental and physical challenges in an elimination format working towards a $50,000 Grand Prize.

Challenges included jumping from one building to the next or hanging from a helicopter and collecting flags on a ladder.  Eating stunts entailed ingesting vile animal parts, live bugs, or a blended concoction of multiple items.  Animal stunts involved immersing one’s head or entire body in animals considered to be disgusting or intimidating (such as rats, spiders, snakes, or worms).

The episodes often involved a pain endurance challenge or embarrassment tolerance challenge, such as outlasting competitors in a tear gas chamber, walking on broken glass with bare feet, getting a tattoo, having their head shaved, getting piercings, or ingesting habanero peppers.

It was shocking and inappropriate but also wildly popular and entertaining right up until the time when American audiences inexplicably shifted their viewing allegiances from the adrenaline rush-platform to the American Idol-platform…  And Joe Rogan was soon supplanted by the likes of Simon Cowell, Ryan Seacrest, and Carson Daly.

The Joe Rogan seasons were the edgiest that Fear Factor had to offer, so they’re the only ones I recognize, and specifically, I am going to highlight today the final un-aired episode from January of 2012 entitled “Hee Haw! Hee Haw!”   It featured a stunt where contestants drank either the urine or semen of a donkey. 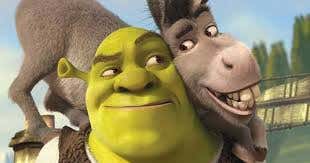 Now would be a good time to either abandon this blog altogether OR soldier on and do the legwork by YouTube‘ing “Fear Factor donkey juice.”

If you chose the latter, you will see there are a set of brunette twins, 2 dudes, and then a set of blonde broads.  The girls are all attractive, and all the participants (both men and women) are horrible at throwing horseshoes.

Ultimately, they all had to drink at least 12-20 ounces of liquid.

One twin would chug urine while the other Lucky Pierre got to imbibe spooge.  Rogan would comment years later on his podcast that animal handlers stimulated the donkeys’ prostates with electric prods in order to summon up enough mule-milk for the contestants to down.

Once the combatants finished their vessels of filth, they were invited to vomit up what they just drank in a nearby bucket while a small group of confused donkeys watched on from behind a nearby fence.

If you make it through the whole 2 minute 23 second clip the first time through without stopping to wretch, then congratulations…  You’re a fucking disgusting animal.

But for the rest of us, who had to watch it after various pauses or through partially covered eyes, here are a handful of observations:

1.) Running mascara after a daunting swallow is usually the stuff that dreams are made of, but not anymore.

5.) Imagine completing this challenge and still losing the match?

7.) I think they chose a donkey just to fuck with the Irish, but maybe I am just paranoid. 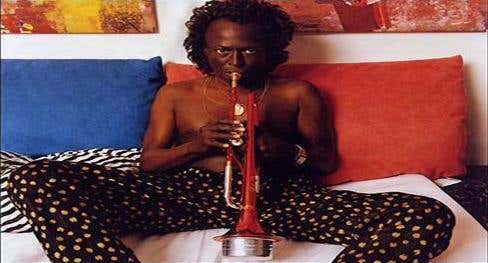 Hesitant about airing the stunt, NBC eventually pulled the episode after pictures of the stunt appeared online.  Fear Factor eventually posted clips on their YouTube channel in July 2014.  Today, I made them known to you.

You’re whale-cum to some, and apologies to most.