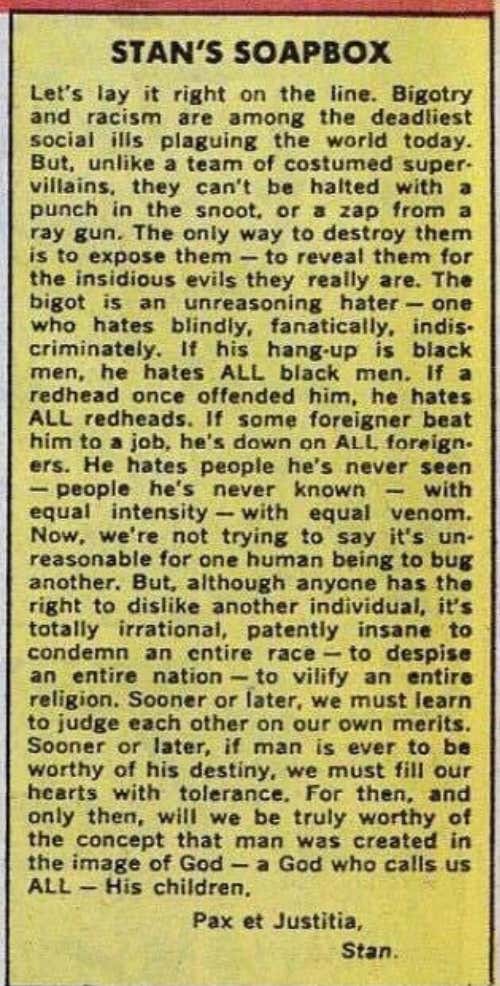 One of Stan Lee’s most memorable, and meaningful works of literature is currently resurfacing and starting to go viral on Twitter following the comic book legend’s passing, and it has pretty much nothing to do with superheroes or supervillains at all. It’s just Stan Lee dunking all over racist pieces of shit…in 1968. He was literally just so fed up and tired of their bullshit, he wrote an entire edition of “Stan’s Soapbox” – his way of communicating with his audience, a column in the back of all of his comic books – on it.

Let’s lay it right on the line. Bigotry and racism are among the deadliest social ills plaguing the world today. But, unlike a team of costumed super-villains, they can’t be halted with a punch in the snoot, or a zap from a ray gun. The only way to destroy them is to expose them — to reveal them for the insidious evils they really are. The bigot is an unreasoning hater — one who hates blindly, fanatically, indiscriminately. If his hang-up is black men, he hates ALL black men. If a redhead once offended him, he hates ALL redheads. If some foreigner beat him to a job, he’s down on ALL foreigners. He hates people he’s never seen — people he’s never known — with equal intensity — with equal venom.

Now, we’re not trying to say it’s unreasonable for one human being to bug another. But, although anyone has the right to dislike another individual, it’s totally irrational, patently insane to condemn an entire race — to despise an entire nation — to vilify an entire religion. Sooner or later, we must learn to judge each other on our own merits. Sooner or later, if man is ever to be worthy of his destiny, we must fill out hearts with tolerance. For then, and only then, will we be truly worthy of the concept that man was created in the image of God – a God who calls us ALL — His children.

Now, I wasn’t alive back then, but I’d imagine this wasn’t the most popular take and probably lost him some readers/subscribers, but having an idea of the character than Stan was…I think he was probably happy about that. If this was the driving factor to send readers over the edge, Marvel didn’t want ‘em anyway. Especially ’cause this isn’t the only example of Stan using his ‘Soapbox’ column with the same purpose… 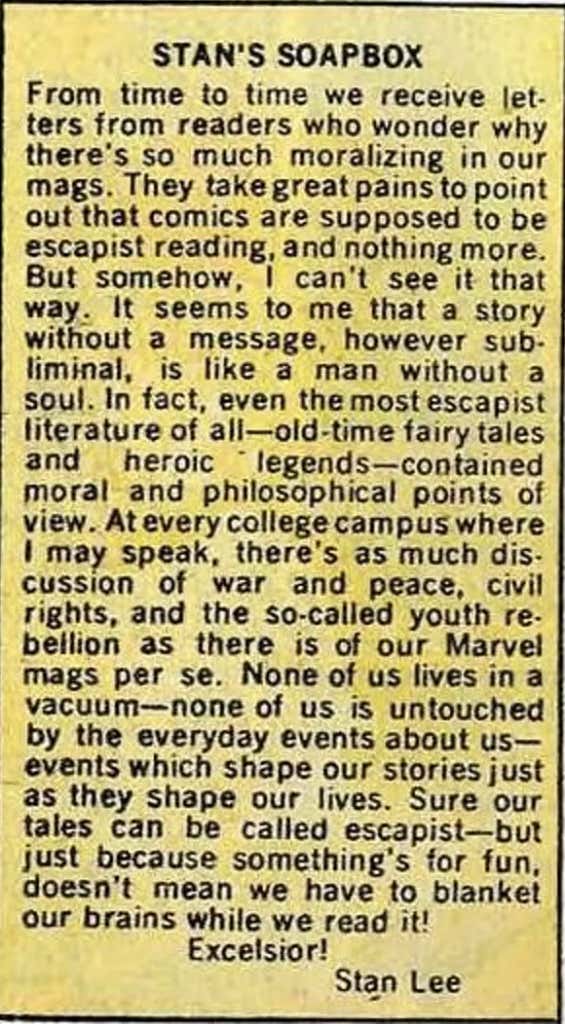 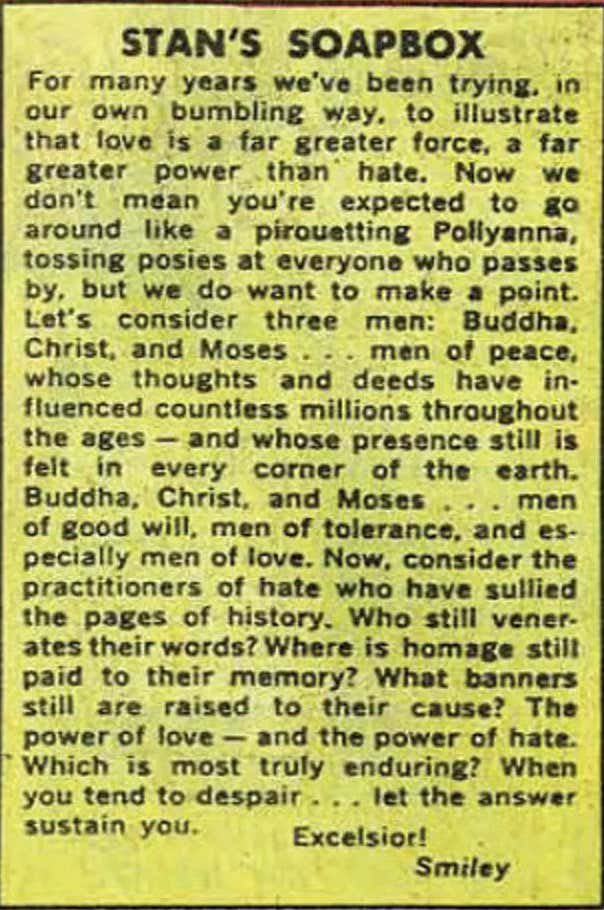 As Kevin Smith so eloquently stated in his beautiful tribute post, Stan taught us it’s always better to be a hero instead of a villain in this world. He instilled wonderful morals and ways of thinking, behaving, and treating others in millions of dreamers in his lifetime, and was a greater hero than any “super” he could ever think up.