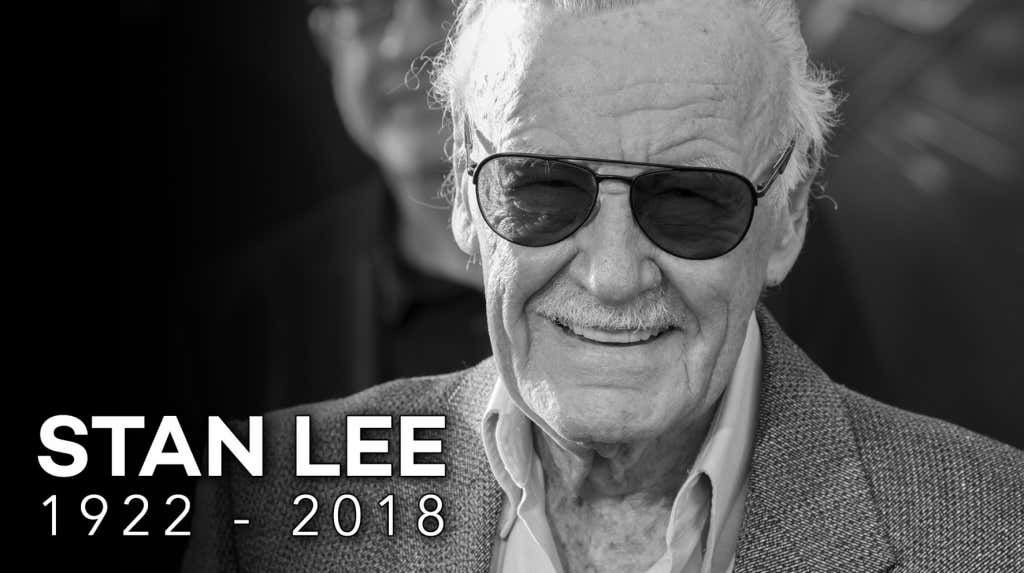 TMZ- Stan Lee, the man who co-created Marvel Comics, has died…TMZ has learned.

Lee had suffered several illnesses over the last year or so — he had a bout of pneumonia and vision issues.

Forgive me for not writing enough about Stan here, or not speaking eloquently enough about the absolute legend he was, but honestly I’m pretty upset over this and the wound’s still fresh, so the long-form blog is going to come at a later date.

Man, this one’s tough. Throughout the year, Stan had some health complications that seemed to get pretty severe – not to mention a ton of family-related drama and stress revolving around his deteriorating health – so I don’t know how surprised I necessarily am by this news, but it doesn’t lesson the loss even the slightest bit.

What Stan Lee did, co-creating Marvel Comics, creating Spider-Man, Iron Man, Thor, The Incredible Hulk, Black Widow, Ant-Man, Doctor Strange, Black Panther, Daredevil, the Fantastic Four, I mean – the entire X-Men – it’s simply impossible to measure the joy, happiness, creativity, and inspiration he instilled upon hundreds of thousands, probably millions of people spanning multiple generations. I, like so many others, are just eternally grateful. So thank you, Stan Lee. Thank you for everything.

Our thoughts are with Stan’s friends and family.

P.S. This isn’t what is important right now, but I know a lot of you are curious, so I’ll address it: Stan will still have cameos in Captain Marvel and Avengers 4 at the very least, and will likely appear in multiple films after that as they film his cameos in bulk.