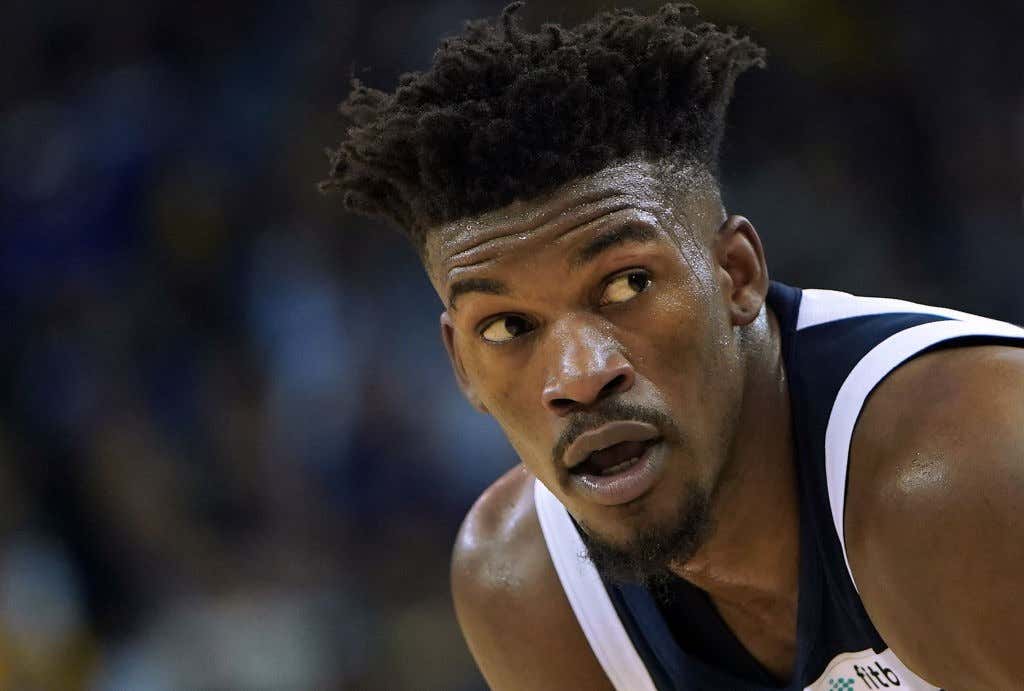 Now that the dust is starting to settle and Jimmy Butler has officially become a Sixer, my favorite part of what happens next is we start to hear about all of the other potential offers that were out there that ultimately didn’t happen. Everyone knew it was only a matter of time before MIN pulled the trigger, and they are now dealing with the reality that they turned Zach LaVine and the 7th overall pick into Robert Covington and Dario Saric. That’s not great! From Philly’s side, of course you make this deal and good on them for really not overextending and doing something crazy like including Fultz or a first round pick for a rental. They still have issues, but without a doubt woke up today a better team than they were before this trade happened.

But this blog is about what’s coming out in regards to what appear to be the choices Thibs & Co had to work with. We know what he accepted, but was that the right choice? Here’s what we know from other teams that were in the mix

Let’s start with NO. Of all the offers we’ve seen, in my opinion this one includes the best overall player in Nikola Mirotic. I don’t know if you’ve watched much NO basketball so far, but he’s been RIDICULOUS, like 20/12 on 48/32% splits ridiculous. It makes some sense since he’s hoping for a huge payday this summer, and you throw in an unprotected first out there and that’s pretty attractive. Now the Pelicans are decent, and should make the playoffs so you’re looking at a pick outside the lottery, but if you’re MIN don’t you need all the picks you can get? I think Mirotic next to KAT would work as he’s the ideal stretch four in today’s NBA, and he’s certainly better than Dario Saric so you could argue this was a great offer for Butler. It also shows that NO is down to do whatever they can to bring in talent around AD to help convince him to stay, so at least they were going for it.

For HOU, we heard the rumors about the 4 first round picks, and now we know their formal offer appears to be Eric Gordon/Nene and two first rounders. Not a terrible offer, but Gordon is having a down year and Nene is certainly at the end of his road. Those two first round picks are probably low 1sts which while beggers can’t be choosers it doesn’t shock me this didn’t get it done.

Now this is interesting if only because the Timberwolves clearly don’t love their point guard situation. I’m not sure D’Angelo Russell solves that, but it sure is intriguing to think about. I would think if they were do to this they would need a way to get out of Jeff Teague and his contract, but Russell is still so young maybe there’s still time for him to reach his potential. With RHJ you get a decent defensive wing, but offensively he’s a bit of a disaster where he’s shooting 31/9% on the year. Not exactly a fit for a team in MIN that needs shooters. Even if they were able to include picks, I don’t think it’s crazy to think the Nets may sneak into the playoffs, so it’s not as if that’s guaranteed to be a lottery pick either.

We know it was a package surrounding Josh Richardson and picks, and seeing as though Richardson has had an incredible start to his year, you could make the case that Thibs misplayed his hand here thinking Pat Riley would come back with a stronger offer. He didn’t, and perhaps the best option Thibs had suddenly vanished

So as you can see, if these were the options MIN had, the only offer in my opinion that was better than PHI was the NO one. The only thing I can think of is they did not want to pay Mirotic given how messed up their cap situation is, and both Saric and Covington are locked up for at least a few more seasons and they do help the Wolves outside shooting. At the end of the day this is what happens when an NBA mismanages their biggest asset and has absolutely zero leverage. Anyone would have predicted they were going to lose this trade whenever it finally happened, and that’s why you have to give PHI credit for seeing an opening and flipping their role players for a potential difference maker. They had no risk whatsoever because I am sure there is a wink/wink deal with Butler to resign, and now MIN will spend years wondering if they should have just stayed the course and not even traded for Butler to begin with. Sure making the playoffs after 14 years was awesome, but can you honestly look where they are now and say that was worth it?