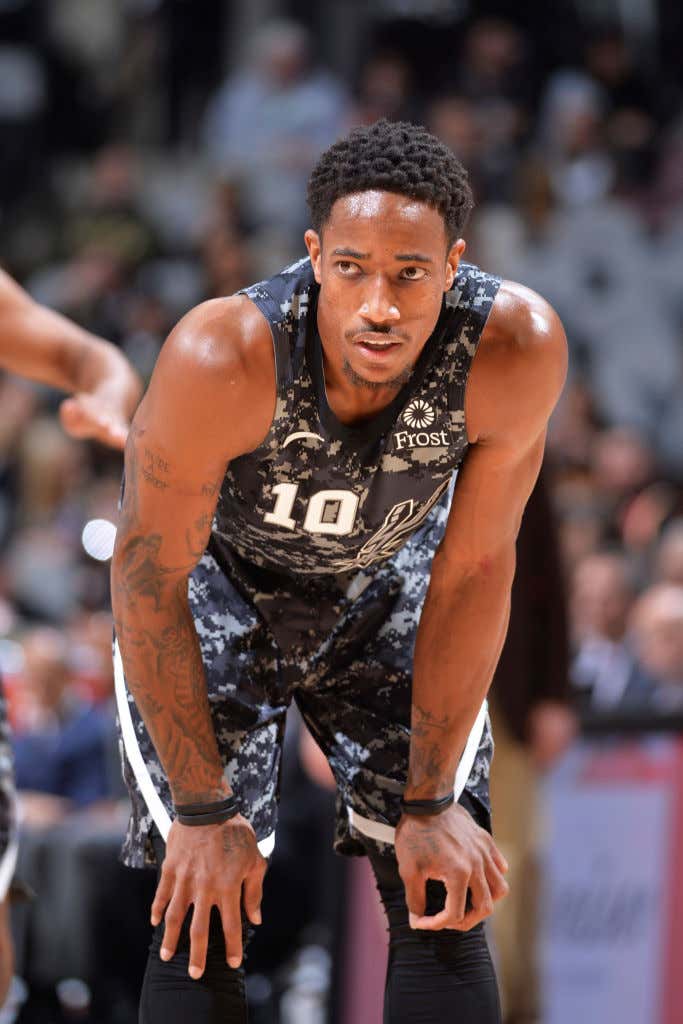 [Bleacher Report] – DeRozan found out about the trade after getting out of a screening of The Equalizer 2, featuring Denzel Washington. Upon leaving the movie theater in Los Angeles late into the night, he checked his phone. “[I] was wondering why I was getting missed calls,” he says.

This honestly reads like a madlib. I mean sitting at a Jack in the Box at midnight is hilarious enough for a guy like DeRozan. But, to find out you’re traded from the team that you love playing for is bad enough. To find out at midnight seems even worse. To find out when you’re just trying to munch on some Jack in the Box late night? Well, that seems like worst case scenario.

I know it’s pretty sad, but I can’t stop laughing at the image. It seems too made up to be real. Just sad eating at midnight is never a good image. I’m just trying to picture how this all went down. I need to know what DeRozan was eating too. Just holding a burger I’m assuming. But, how many burgers? Did Kyle Lowry come join him at Jack in the Box?

If I ever get traded from Barstool I sure hope I’m sitting at a Bojangles. That should be the No. 1 choice for fast food places to be at when you find out you’re being traded.