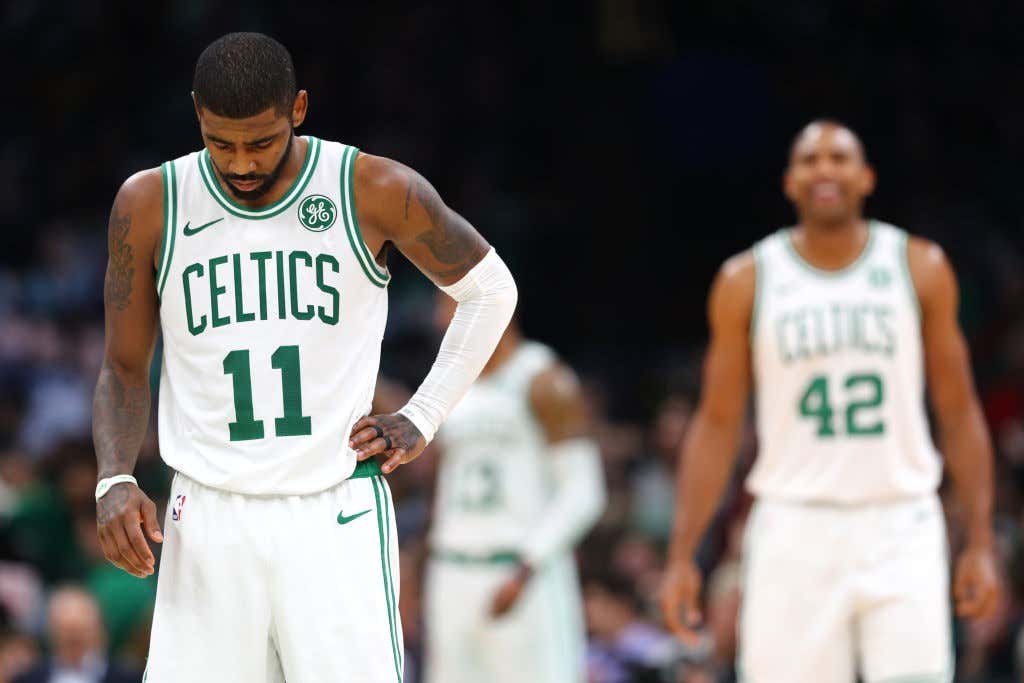 Excuse me? What am I reading here? Can anybody tell me if there is additional context that I am missing or something because let me be honest, if I am taking this quote by itself, I don’t love it for a number of reasons. Most importantly because this is what we have Kyrie for. He is the leader of this team that has won a ring, made multiple Finals, and know what this league is all about. Why do you need a 14 or 15 year vet on this team to get that message across? The Celtics made the organizational decision to make YOU that person, so what’s the deal.

Then there’s this whole other elephant in the room. Does Kyrie not know Al Horford exists? He’s been in the league 12 years, that’s not enough? Even if he didn’t mean any harm by what he said, in reality that type of quote only opens up the possibility for the rest of the world and vultures to create drama around a team that isn’t exactly playing their best basketball right now. What has Al Horford done to anybody to even be considered as a candidate to be thrown under the bus? That’s why I’m curious about the context surrounding this quote. Is Kyrie really saying this team has no veteran leadership while also being a veteran and having one of the most professional veterans on his team? That makes even less sense than saying the Earth is flat.

Let’s be honest here. Kyrie is really fucking good, we all know that. At the same time in Year 1 the Celtics had the 18th ranked offense and in Year 2 so far they have the 27th ranked offense. Is this really because they don’t have an end of bench guy telling them it’s a marathon not a sprint? Where’s his accountability? We heard all talk about it after Utah, he talked about how it’s on him, how much he sucked and how he has to get better. I don’t want to hear a quote like this coming off a 9-24 performance to end a brutal road trip 1-4.

The other reason I didn’t need this quote? Now the internet won’t stop talking about the Celtics and Carmelo Anthony. I may not know much, but I am CERTAIN the answer to the Celtics problems is not Carmelo. Let alone the fact that I’m pretty sure they’d have to cut someone in order to bring him in, there is nothing Melo does right now that would make this team better. I guess he has been in the league for 15+ years so according to Kyrie that’s exactly what they need.

The rational part of my brain is telling me to just ignore this innocent quote, that there’s nothing to worry about and Kyrie was just talking in circles. But at the same time, this isn’t exactly what you want the leader of your franchise and someone who is about to get max years and max money to say. Would it have been better if he took responsibility while also talking about how it’s a marathon not a sprint? Of course, but because the team playing like shit isn’t enough, we have to add this nonsense to the fire. Awesome.