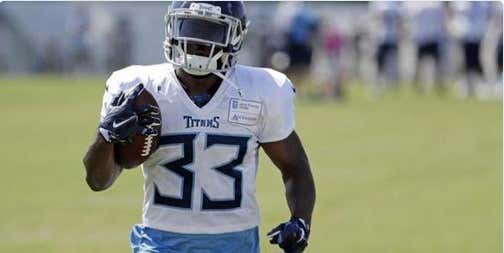 “Hell yeah it’s personal. That’s what happens when you go cheap. You get your ass kicked.” – Dion Lewis, to NFL Network

“I give them credit, they beat us. When you win, you can say a lot of things. That is the reality of winning. We’ll just take our lumps and try and learn from them. And come out here and do a lot better job the next six weeks.” – Tom Brady on WEEI

I touched on this in this morning’s Knee Jerk, but it bears talking about again. For starters, Tom Brady is 100 percent right. To the victors go the spoils. Winners write history. If you beat down the team that let you walk in free agency and replaced you in the draft, you get to shoot your mouth off.

Second, Dion Lewis can fuck right off. Him with his 5-4 team and his 3,6 yards per carry. Like I said this morning, this is a guy who was plucked from obscurity. He missed two full seasons, which is basically a lifetime for an NFL running back. When 31 other teams weren’t interested, the Patriots brought him in, gave him an opportunity, a shot at redemption, a career, a life. He went from a forgotten man to a Super Bowl champion and the man who led the league in rushing over the last half of last year thanks to Bill Belichick, Ivan Fears and this organization.The reason he cashed in with the Titans is solely because of their belief in him. And this is the thanks they get.

Look, I don’t expect Dion Lewis to understand the big picture. He got his payday and I respect that. I’m a capitalist as much as the next guy. All I ask is that he not be a goddamned ingrate. Know where you came from.

And besides, the “cheaping out” he’s talking about is what the Patriots call fiscal responsibility. It’s managing the cap in such as way as to be in the Super Bowl hunt each and every single year. And I’d say it’s worked pretty well since Dion Lewis was in his pajamas playing with Legos, and it’ll keep working long after he’s gone. The Pats have moved on from much, much better players than him when they became way more expensive than they were worth. As a matter of fact, in the next few years their team Hall of Fame will be filled with them. If Lewis needs a reference point, he need look no further than his own head coach, who left under circumstances that gave him every reason to be bitter and angry. Mike Vrabel was a throw in in the 2008 trade of Matt Cassel to Kansas City. And it no doubt bothered him. But what did he do? Sucked it up. Moved on with his life. Ended up as an assistant at Ohio State and started recommending Buckeyes players like Nate Ebner to his old boss who did him semi-dirty. And today he’s successful, appreciative and has a great relationship with the team he owes his livelihood to. That’s how winning is done.

So congrats on winning the early November Super Bowl, Dion Lewis. Good luck with your future in Tennessee of getting your ass kicked.