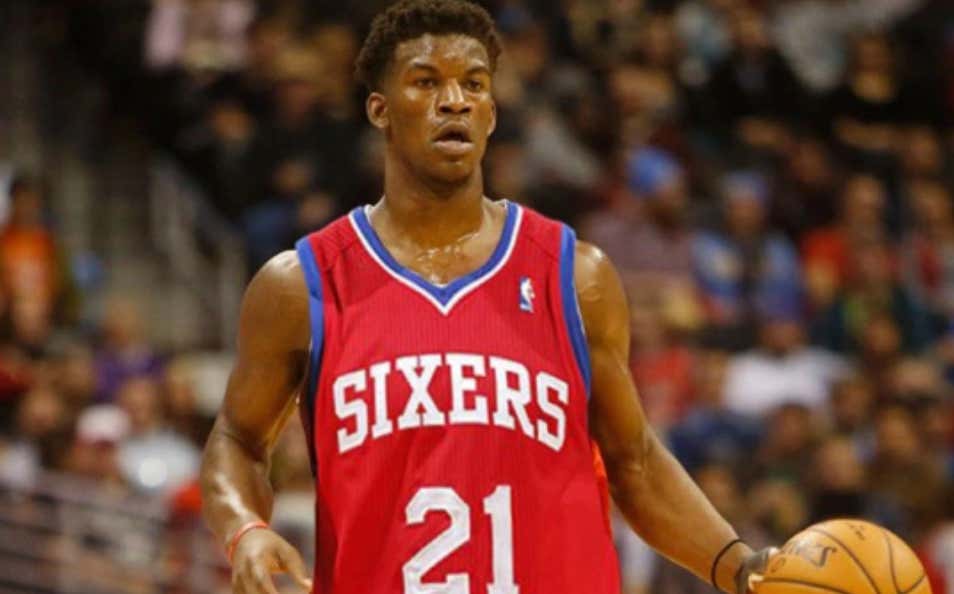 WOJ BOMB ME FROM THE HEAVENS!!! IT’S HAPPENING!!! THE SIXERS NOW HAVE A BIG 3!!! Ben, Joel, Jimmy. What a Ménage à trois love, talent, and future championships. And we’re not even talking about the untapped potential of Fultz once he gets it together come 2026. Oh, plus Zhaire Smith and a probable lottery pick in the coveted 2021 draft.

Covington, Saric, and a 2nd for Butler, who can be considered by most to be a star in the NBA, maybe even a borderline superstar. It’s definitely a win if Butler lives up to his potential and resigns long term. Like Woj said, it would be a steep price for a rental, but essentially locking him in now for the future would make it well worth the price. Saric has been a fan favorite all along (even though he kinda stunk this year). Covington will also be missed as he was one of Hinkie’s proudest possessions from The Process – Sam sniped RoCo from the D-League where he became a valuable defensive and 3-point shooting force for the Sixers, even though he’d be the absolute PERFECT 6th man on any championship team.

They will be missed. Still, feed me all the Jimmy Buckets. We’ve got a force to deal with in the East.