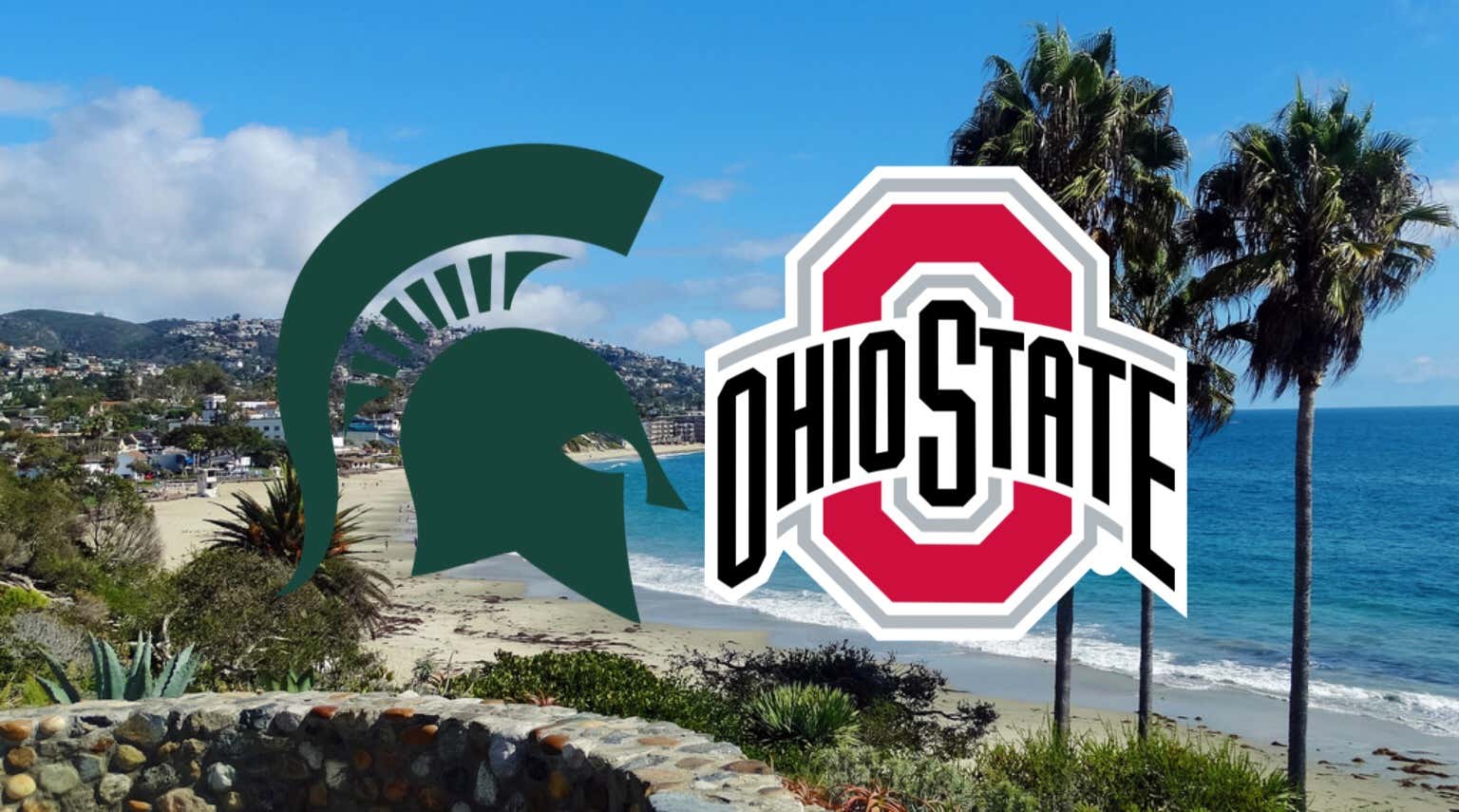 Well, well, well. Look who is one win away from a guaranteed spot in the College Football Playoff. That’s right, THE Ohio State Buckeyes. You guys all tried to hate us out of contention. You tried to split our team apart before the season even started. But none of it worked. The Buckeyes sit at 8-1, and if they find a way to beat a tough Michigan State team on the road today, they are IN. Now for the morons that can’t see the forest through the trees, I understand that there are still two more games on the schedule, as well as the Big Ten Championship. And yes, I know that we have to jump 6 teams to be in the Top 4, but you need to take off your biased glasses and put on your thinking cap. If the Buckeyes win today, there is a 0% chance they lose to Maryland next week. And then all we have to do is beat that team from up North that is coming to our place the following week. I guess it’s possible that they beat us? But I haven’t seen it in my lifetime. Fool me once, shame on you. Lose to me 6 straight years and 13 of the last 14, you stink. So now we’re 11-1 and heading to the Big Ten Title game, which I personally feel we should cancel. Everyone knows the Buckeyes win that each and every year, so why risk the injury before we head into the playoff? And then obviously the committee is not going to keep a 12-1 Big 10 Champion with the best fan-base in the entire country out of their playoff. Okay, I need to quit getting ahead of myself and talking about the playoff. We have to win today first.

Let’s Be Respectful and Classy Today in East Lansing

Before we even talk any football, let’s talk about being good human beings. Yes, I know it’s a rivalry game, and yes, I know that the Buckeyes are one win away from being guaranteed an invite into the College Football Playoff, but there are some things bigger than football. And one of those things is being a good person. Now, everyone knows that a good person respects others, especially when they are a guest in that person’s house. Unfortunately, not all Big 10 schools do a good job of following this when visiting other stadiums.

Unprovokedly tearing up a football field before the game? Disgusting. Some school’s choose to put winning above all else though. I’m glad Ohio State chooses character over championships. Let’s continue to do this today. I would rather lose with good people than win with the classless, shameful people that Michigan allows around their program.

Can the Buckeyes run the ball?

Now that we’ve gotten that out of the way, we can finally talk football. Because football comes in a distant 2nd at The Ohio State University, behind being a good person. Anyways, the biggest key to the football game today has to be if the Buckeyes can run the football. They went through a 5-game bender in which they couldn’t even be counted on for 3 yards a carry, but they bounced back last week against a terrible Nebraska team and went for 229 yards on the ground. 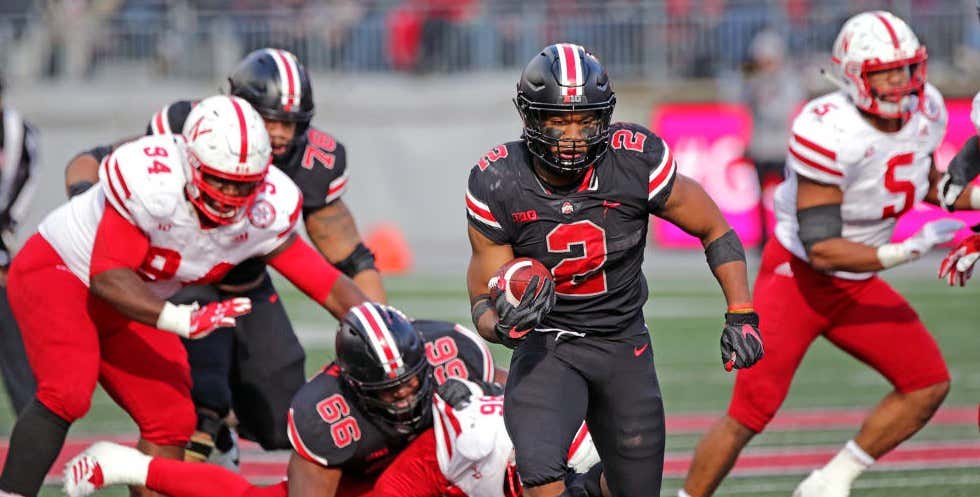 Michigan State’s defense figures to be a little tougher to move the ball on than Nebraska’s though, as the Spartans boast the #1 ranked run defense in the country. They give up just 71 yards per game. If the Buckeyes become 1-dimensional again like the night Dwayne Haskins had to throw 77 times against Purdue, the offense will be in for a very, very long afternoon.

I Am a Little Nervous I Won’t Be There Today

When the Buckeyes need a big victory, they bring in the big guns. That’s why I had to make the trip up to East Lansing in 2012 to keep Urban Meyer’s perfect record at Ohio State in tact. 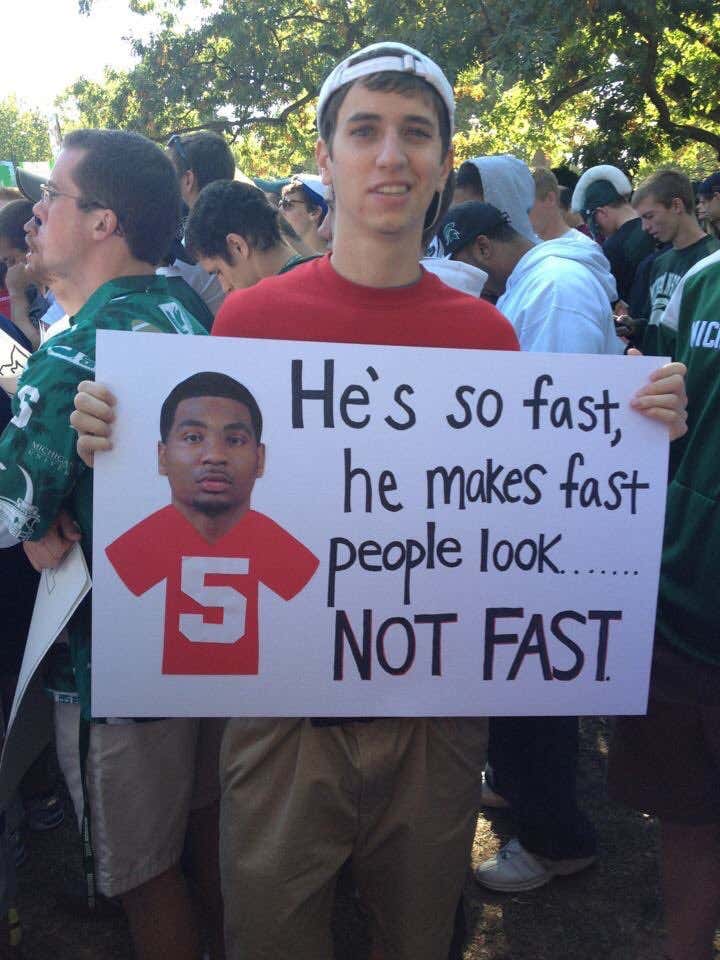 Yes, Michigan State had Leveon Bell. And yes, Ohio State was on a bowl ban and had losses in scholarships. But I gave up a weekend with my girlfriends and drove up to Spartan Stadium to make sure the Buckeyes got the job done. And they did. Well, flash forward 6 years, and I have to coach at scrimmage today at 2 o’clock. Bus leaves at 12:30! I did not schedule either. But not only was I not able to make the trip up to East Lansing today, I won’t even be able to watch the end of the game! I sent my brother in my place though. Get the job done, Jake. But the service won’t be good in there, so if you guys could please send me updates to look at one the sidelines today, that’d be great. I have my Mac watch on, so you can tweet me @Ohios_Tate or you can just text me. Ask your mom for my number.

It’s Going to Be a Cold One

Oh boy. Maybe I’m not too upset that I won’t be there. Aside from snow not being my cup of tea, this obviously is not great for a team that can’t run the ball, especially against a team that stops the run as well as Michigan State. Looks like everything is going against the Buckeyes today. Nothing new here. I still expect them to come out and shut up all of those nerds on the College Football Playoff committee that ranked us as the worst 1-loss Power 5 team in the country. I get that we haven’t looked great in the last couple weeks, but #10????

I stand by the fact that if we win today, we’re in. But let me give you all a little insight into the importance of the rankings that have been coming out each week. The only rankings that are matter are the ones that come out on Sunday, December 2nd. Everything that comes out before then is just for show, and quite honestly I don’t believe even they indicate any direction that the committee is heading. Remember 2014? The Buckeyes jumped TCU and Baylor because they beat the snot of out Wisconsin. Or maybe it was because Ohio State is a better school to sell tickets and put on TV than TCU and Baylor. And that’s going exactly what’s going to happen again this year if the Buckeyes finish 12-1 and are the Big Ten Champions. 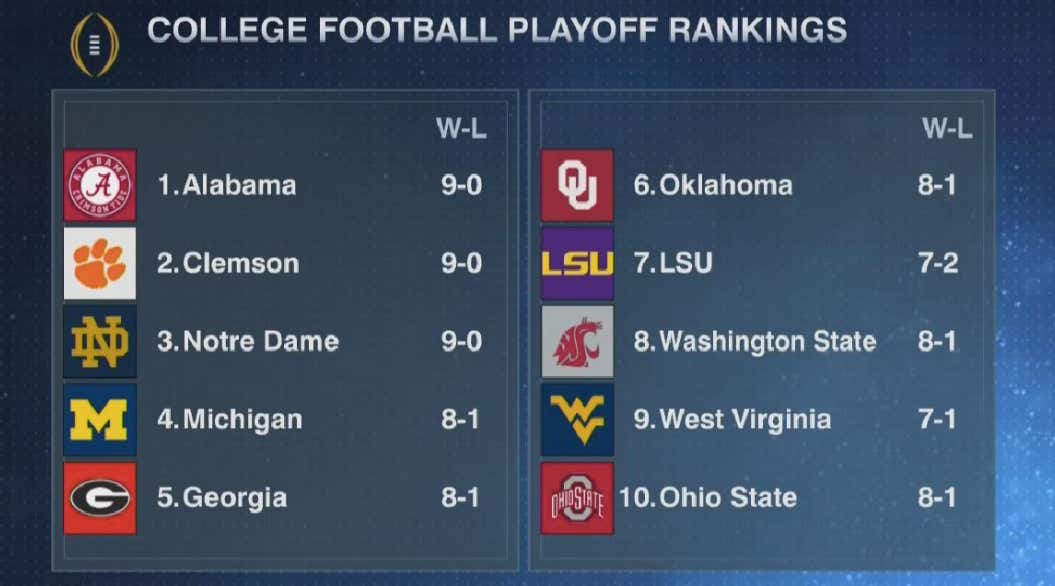 First of all, someone is going to lose. It always happens. So those of you that say Alabama, Clemson, Notre Dame, Ohio State/Michigan, Oklahoma/West Virginia, and Washington State are all going to be sitting at 11-1 or 12-0 are crazy. But let’s pretend it does. Obviously Alabama, Clemson, and Notre Dame would be in. Then you have a Big Ten Champ, a Pac 12 Champ, and a Big 12 Champ all sitting at 11-1. Goodbye Washington State, immediately. Anyone that disagrees needs to give me a call. I do tutoring sessions for those that need extra help on Saturdays for $25/hour. So it comes down to Oklahoma/West Virginia and Ohio State. If it’s West Virginia, there’s a 100% chance Ohio State gets in. If it’s Oklahoma, I like my chances a little less, but I just can’t see the committee leaving out a 12-1 Big Ten Champion that just beat a top 4 team in the country.

Thinking Back to OSU/MSU in 2015 still pisses me off.

Yeah, I know the 2014 team won the National Championship, but that 2015 team had a chance to be the greatest of all-time. I mean, the 2016 NFL Draft saw 12 Buckeyes players drafted, including 5 in the first round. And they’ve succeeded at that next level, too. Joey Bosa, Ezekiel Elliot, and Michael Thomas seem to be doing alright. And entering the 2015 game at home against Michigan State, the 10-0 Buckeyes had been ranked #1-#3 in the polls the entire season, and then they laid an egg. Because we didn’t FEED ZEKE!!! Gosh this game gets me so worked up. Especially when I remember their stupid kicker running around my field.

This Michigan State team just found ways to win at the end. This was the same year of the Michigan punt debacle at the end of the game. 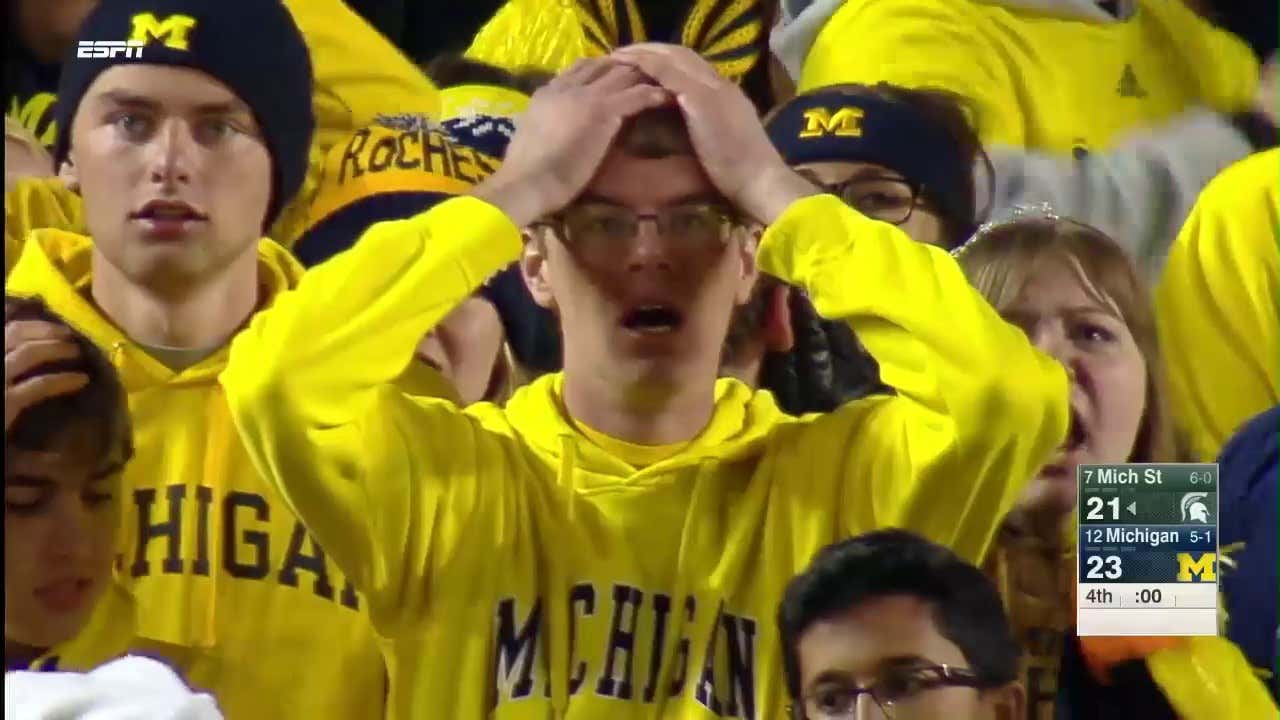 Were the Spartans good or were they lucky?

Sounds lucky, as they got their doors blown open in the College Football Playoff to a tune of a 38-0 loss to Alabama. Also, what’s up Brett McMuffin? You suck. 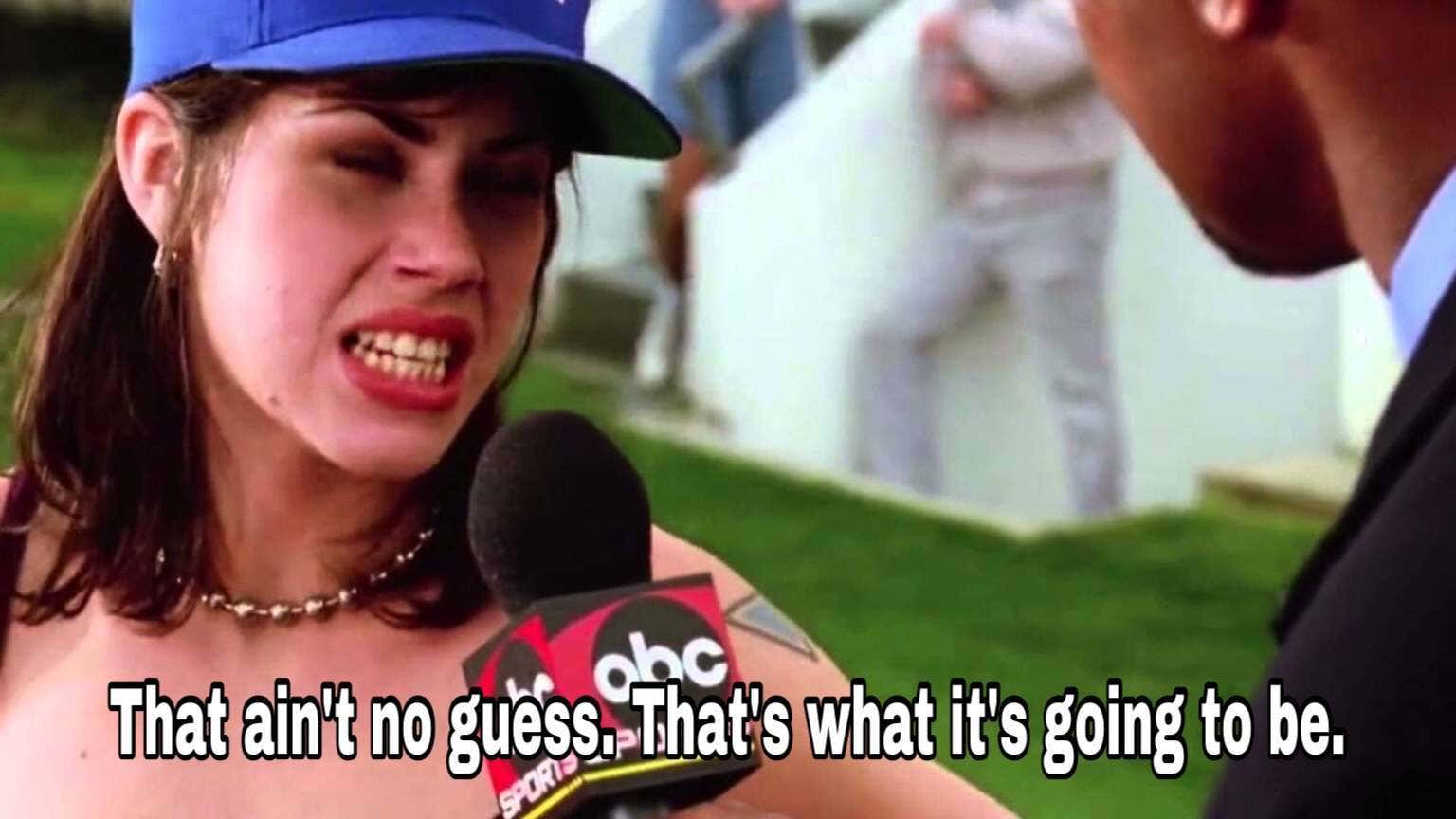