NJ.COM – The coach was going volcanic, red-faced and arms flailing, screaming at the official for missing a holding call. He threw his hands in the air, turned away in disgust, then stomped back down the sideline, his bare feet digging into the cold, damp grass.

The brief outburst Friday night wasn’t unusual for a high school football game — except for, you know, the whole bare feet thing.

That’s right: Wallkill Valley High coach Bobby Leach was barefoot on the sideline. On purpose. Even though it was 43 degrees. Even though fans at Hopatcong High were bundled in heavy jackets and knitted hats. Even though not a soul in the stadium — heck, maybe the world — would be barefoot at a football game.

SOMEBODY was sick of the strength and conditioning coaches getting all the credit for being absolute raving lunatics! Head Coach of Wallkill Valley High “Barefoot Bobby” Leach making a run at the throne. How’d he get that nickname you ask? Oh, well he never wears shoes. Ever. Under any circumstances. Never shoes, ever.

Leach does it every game. He does it every practice. He goes barefoot as much as humanly possible — even at bars, restaurants, sometimes work. And not for any medical reason, protest or show of strength to his players.

Just because he likes being barefoot.

43 degrees out? No shoes. Rain? No shoes. Snow, sleet and hail? Boots…just kidding, no shoes. No weather conditions, no scenario, no occasion does Barefoot Bobby put covering onto his feet.

Sure it weirded out the team at first.

Last year, after Leach was named head coach at the Sussex County school, some players immediately feared their new leader and his shoeless peculiarity. Parents warned their kids not to follow his lead. Senior Justin Rivera remembers being greeted by a barefoot Leach at the first practice.

“I was a little weirded out because all I see is this guy in the cold, in the mud, just splatting his feet against the ground,” Rivera says. “I was a little worried that we had a weird coach on our team and it might have gone downhill this year.”

For all his quirks — and there are more — Leach’s players and assistants say he’s one of the most brilliant coaches they’ve ever seen.

In his first head coaching job at Sussex Tech, Leach led the team to its first playoff berth in school history. Next, he came to a Wallkill Valley and turned around an awful program, leading the team to an 8-1 record this season and a share of the school’s first division title ever.

You don’t need toes, feet, or even legs to win football games. Well probably you do on the field, but not coaching. All Barefoot Bobby cares about is winning. Eat breath sleep winning football games. 15 seconds spent putting socks on and 25 seconds spent tying shoes is 40 seconds not spent thinking about football.

I love the insight from his mom.  We’re just lucky Coach Bobby put some pants on.

Even as a baby, Leach hated clothes. His mom, Jane, remembers him peeling off his diaper time and again. Later, he stripped a leisure suit piece by piece at a family wedding until he was bare-chested.

Jane says she and her husband, Chuck, had to pick their battles. They’d allow their son often to be barefoot, but he had to wear clothes.

“When people ask me about his feet, I simply tell them I’m just very glad he’s got clothes on,” Jane Leach says. 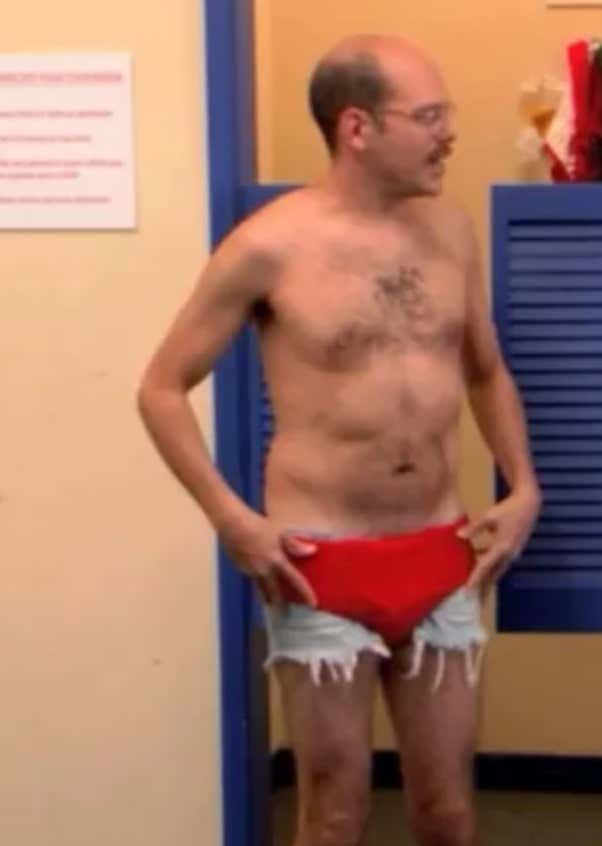