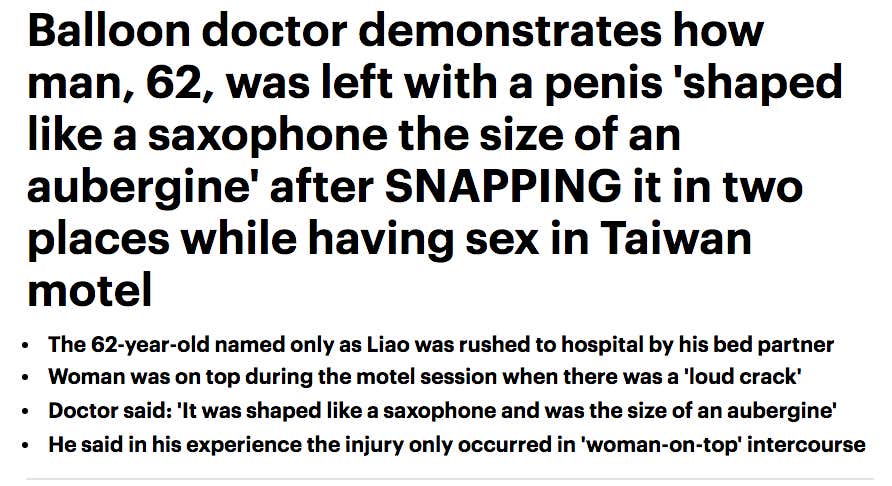 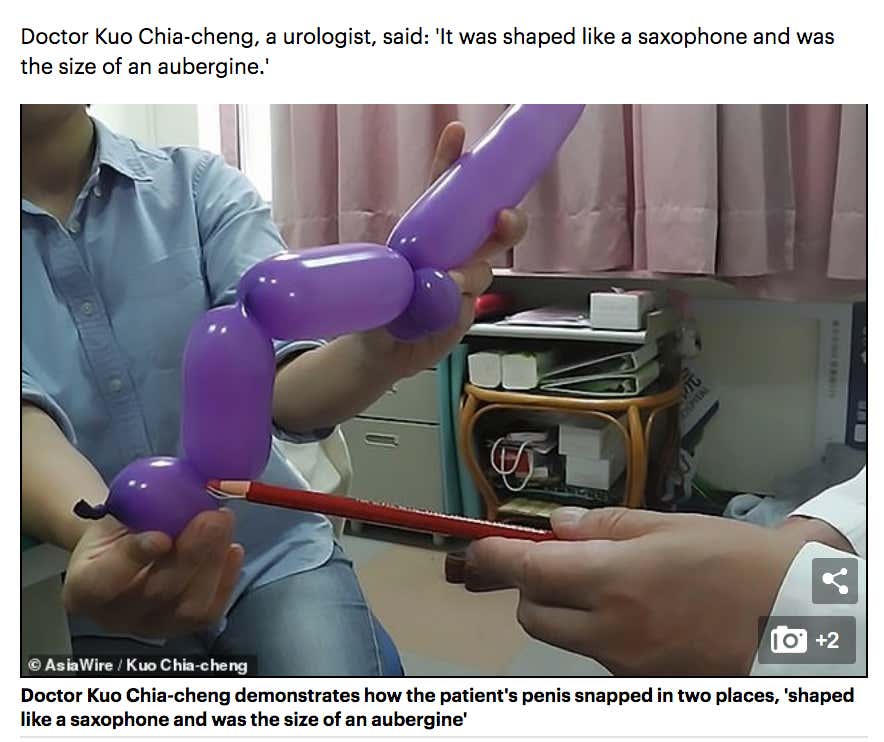 Taiwain - A pensioner who broke his penis in two places while having sex in a motel was admitted to hospital with his manhood resembling an ‘aubergine-sized ‘saxophone’. The 62-year-old surnamed Liao, from Taichung in Taiwan, reportedly heard a loud crack as his member fractured into three segments. His lover rushed Liao to Feng-Yuan Hospital, Ministry Of Health And Welfare. Doctor Kuo Chia-cheng, a urologist, said: ‘It was shaped like a saxophone and was the size of an aubergine.’

Thanks for the comical visual, Doc! You know what sucks? Having your dick crack in two while getting it on in a Taiwanese Hotel! You know what sucks worse? Having a “Balloon Doctor” show the world how your penis is now shaped like a woodwind instrument that has swelled to the shape of an “Aubergine” (or eggplant to us normals)! Play me a song on that eggplant dick, Jazzman! Nice to see doctors in Taiwan pull through after going to both med school AND clown college! God bless universal healthcare and humor!

Now make me a bicycle, doctor!