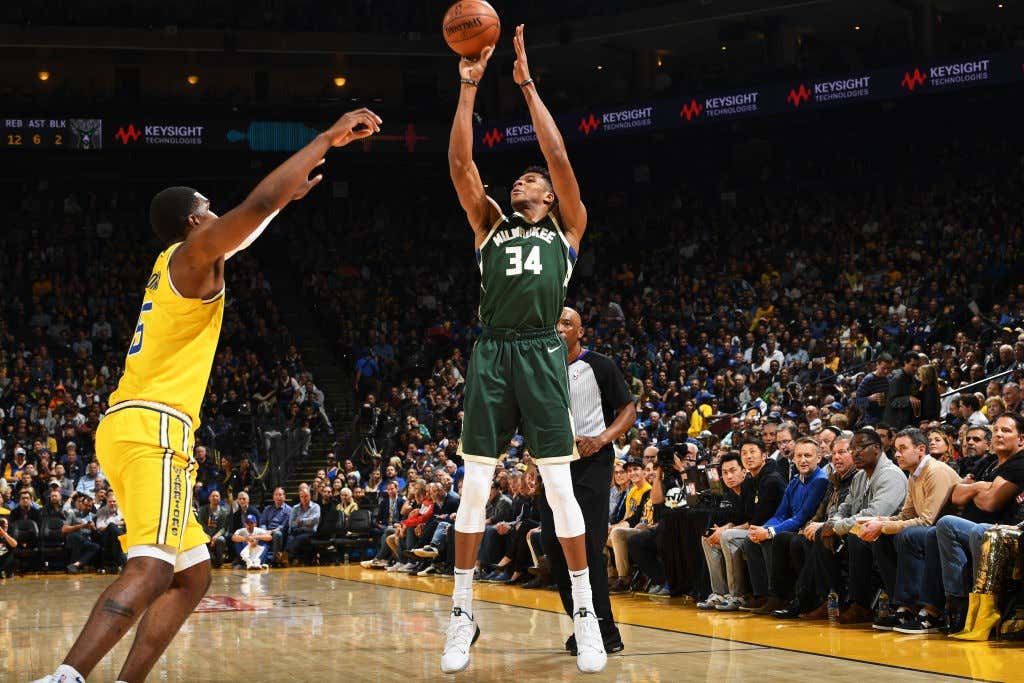 Happy Friday everybody and welcome back to another edition of Last Night In The NBA where we bring you up to speed on everything that happened last night in the Association. It was a fairly light night of basketball with just four games on the schedule, but even so most of these games were faily entertaining. There were some statements made, some good some not so good, while some were able to avoid disaster and others weren’t so lucky. The matchups were great and the games lived up to the hype, so if for whatever reason you missed it keep reading. Here’s what happened.

We’ll be talking about this from the Celtics side in a little bit, so let’s focus on the Suns shall we. Brutal loss, no other way to put it. Can’t be blowing a 22 point lead at home when you’re playing a team that literally forgot how to shoot for 95% of this game. Now some will say of course they did because they’re the Suns and they are awful, but they actually had a pretty good showing from their franchise guys

and this was one of those games where yeah the Suns are bad in that they lost but they still have impressive talent that are still in the NBA you know what I mean? They probably regret not fouling with 6 seconds left with a foul to give but when you really think about it this was perfect for them. Show you can battle against a good team, get great performances from your young talent, and at the end of the day you didn’t fuck up your odds to get Zion. I wouldn’t be mad if I was a Suns fan, in fact it would be the exact opposite.

Also not a great sign that Josh Jackson played just 5 minutes. That dude is out of the rotation 100%.

No Westbrook no problem! Not the best return for Melo to OKC, and just like that the Thunder have won 7 games in a row. They got it done through the play of their starters, with all five in double figures and outside of George and his 7-21 shooting, all shot the ball at least 50% from the field

The one thing we know about this team is whenever Westbrook is out, George’s efficiency struggles, but when you play defense like they did last night and get that type of balanced scoring, you can survive. Terrance Ferguson had probably his best game of the year with 14/4 with 4 3PM in his 30 minutes

and really things were never all that close. The Thunder got out to a 29-19 lead after one, and then never looked back.

For HOU, shit is still really fucked up. A Houston Rockets team scored only 80 points? IN a game where Harden/Paul/Capela all played in? When have we ever seen that before? They shot just 37/26% as a team, had 17 TOs and had three quarters in which they scored 20 or fewer points. I don’t know what the problem is in HOU, but I know Melo going 1-11 off the bench doesn’t help. I know Paul going 4-11 and having 5 assists and 5 TOs isn’t exactly the recipe for success. Even Harden wasn’t really at his MVP level

I think we all expected some regression for HOU after who left their team this summer, but this is bad. Like really really bad.

A typical Blazers performance where you get the ball to Dame/CJ and you get the hell out of the way. They were both great, combining for 48 points on 19-45 shooting as they turned in a performance we’ve seen a thousand times form the duo

I never got why people suggested the Blazers break these two up, they are without a doubt one of the best backcourt pairings in the entire NBA. They compliment each other so well, that can’t be the play, and also at 9-3 they’re pretty damn good. Much like OKC they got off to a great start in the first quarter dropping 37 points, and from there never trailed. Scoring 116 points is impressive when you realize they shot just 41/38% from the field but what was nice was the 6 TOs and their bench came in and was relatively effective. Four players with at least 7 points all on good percentages, this was a complete win against a Clippers team that is sneaky good.

For LAC, they didn’t play all that poorly, with 46/34% splits and just 7 TOs themselves, the problem was they dug themselves a hole early and couldn’t climb out. They still got great performances from SGA, Harrell and others

but it’s clear that POR is just a cut above right now. Clippers now fall to 2-4 on the road, so that’s really where their problems have been to start the year, but this is still a team that is definitely going to compete for that 7/8 spot because they play hard.

This was probably the most anticipated game of the night, and it was for sure the biggest surprise. Not many teams are able to go into Oracle, drop 134 points in regulation and beat a team like the Warriors by 23 points. This was for sure a statement game by the Bucks, and how could you say they were anything but incredible?

Giannis completely handled his battle with Durant, they shot 51% from the field for the game, turned it over just 12 times, and their length was for sure an issue. If you remember, Durant came out a few weeks ago and said the teams that give them trouble are ones with length and good perimeter defense. Well that’s what the Bucks have, and it led to their best win of the season. What I found surprising was like normal things were close in the first half. We see that all the time with GS, and then they come out and kill you in the third. Well last night it was the Bucks who did that, dropping 41 points in those 12 minutes to really take control of the game, and they never looked back.

For GS, right off the bat this Curry injury doesn’t make you feel great, and yeah it matters that they were without Dryamond, but it’s still the Warriors so nobody is going to exactly feel bad for them. Curry still played 26 minutes and went 5-14 so his injury is not why they lost. They got beat plain and simple, it happens to everyone at some point.

Something tells me they’ll be just fine.

And that’s it! You’re now all caught up on everything that happened last night in the NBA. We’re back tonight with 7 more games but it’s Friday night so go enjoy yourself and just make sure to check back in the morning and I’ll bring you up to speed on what you missed.