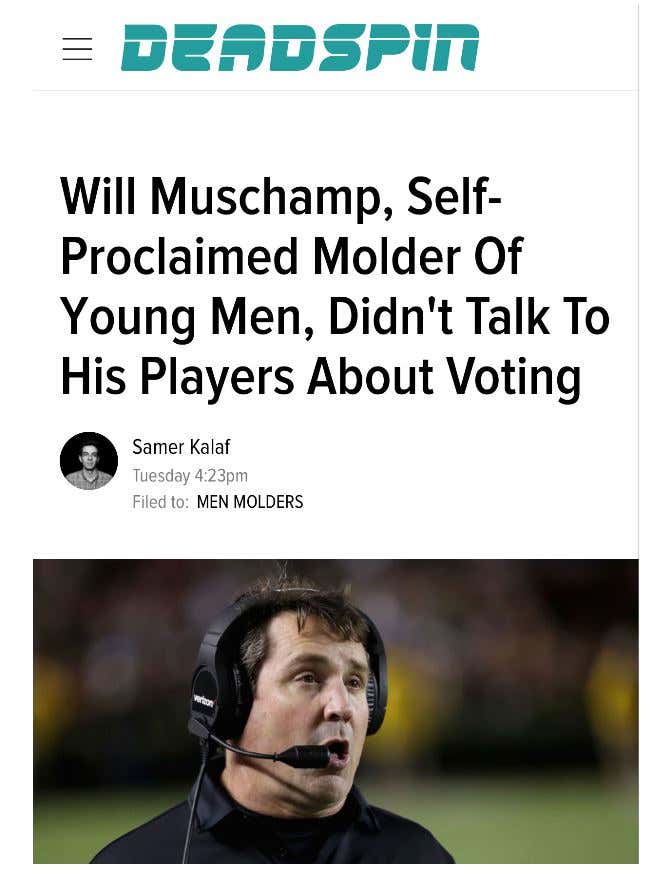 What a weird story huh?  I mean I know all the “writers” at Univision are minimum wage hacks with no talent or integrity who only can get clicks with salacious headlines, but this is a new low even for Samka Panooka.  I mean first of all who cares if Will Muschamp told his players to vote or not?  In what world is this a headline?  I wouldn’t answer that question at a press conference either.  But then to try and sensationalize this non story only to be proven that you are dead wrong is laugh out loud funny.   Every time I think we’ve seen Deadspin hit rock bottom they somehow sink even lower.  And then they sit around and wonder why Barstool is successful and they declare bankruptcy every 5 minutes.  It’s because they employ minimum wage hacks like Samoof Paloof who couldn’t intern for our interns.  I mean at least be clever enough to write hit pieces that you can’t disprove instantly. That’s hit piece 101. You’d think Samcat would know that by now. That’s probably why he got demoted off the Barstool beat. Bottomline is you get what you pay for and in the case of Deadspin it’s a bucket of dog poop.