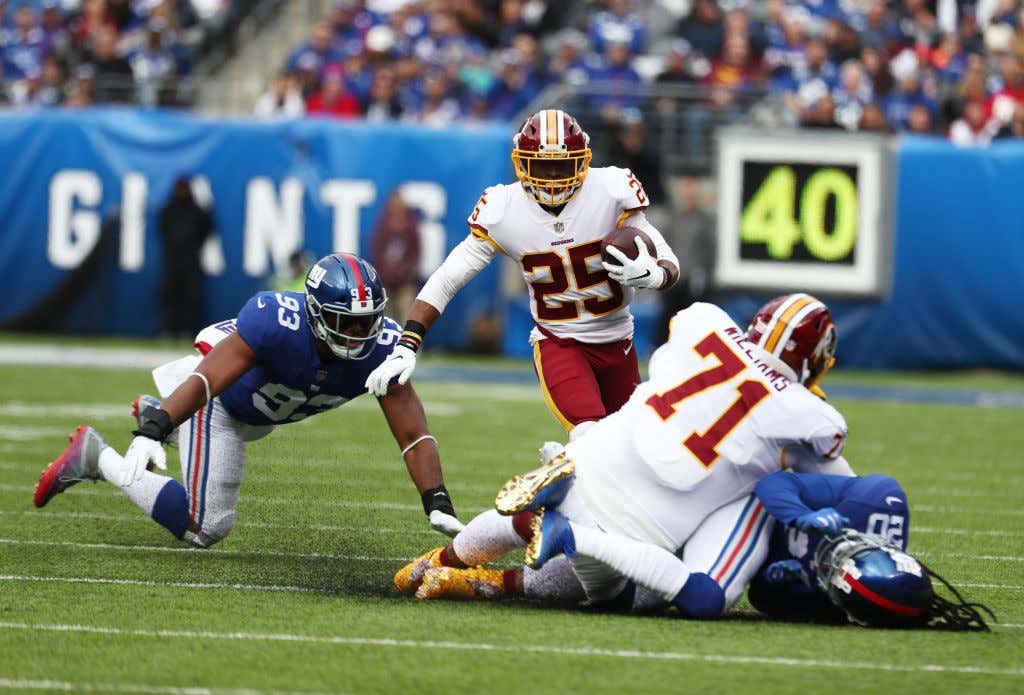 ProFT - Washington running back Chris Thompson won’t return this week. Coach Jay Gruden said Thursday, via John Keim of ESPN, that the team has ruled out Thompson for Sunday’s game.

Thompson has a rib injury.

He has missed three of the past four games, seeing action in the victory over the Giants on Oct. 28. He played 26 of 68 offensive snaps in that game, with five touches for 22 yards.

In five games this season, Thompson has 26 carries for 113 yards and 28 catches for 209 yards and a touchdown.

“Poor Chris Thompson.” That might be the 3 word sentence that I’ve used more than any other 3 word sentence. The guy just cannot catch a break. He’s had one healthy year since his sophomore year of college, the 2016 season where he finally started to get into a groove and get some run. And then we remember last year, CT25 came bursting onto the national scene, was juking and ducking and weaving all over the field…and then he broke his leg.

He rehabbed and got healthy for week 1 and went over 120 total yards. In week 2 he caught 13 balls for 92 yards…and that’s basically been it. That Monday night game on October 8 he was decent, and then the injury bug set in. Missed 2 games, had 5 touches during the Giants game, and didn’t play last week, making him miss 3 out of his last 4 (and now 4 out of his last 5) games.

He’s definitely a big “if only” in Redskins history. If only he stayed healthy, what could he have accomplished?

So along that same realm, someone will have to step up for the offense this week, and I have two nominees, who are also two big “what ifs/if onlys” – Jordan Reed and Josh Doctson.

If Jordan Reed could have stayed even a little bit healthy during his career he could have been an all time tight end talent. Legitimately all time. He’s a good blocker, but an incredible receiver with great route running and hands. When he’s at 100% he’s in that upper echelon. But he’s had 100 concussions and has very brittle bones, which has derailed his career.

And then there’s Doctson, who I wrote about earlier this week. A first round pick who has given very little production to the Skins, would certainly be nice if he could step up and show something, anything, at all. And this Sunday vs the Bucs, with a banged up offensive line and with Paul Richardson on IR, we’re going to need him to.