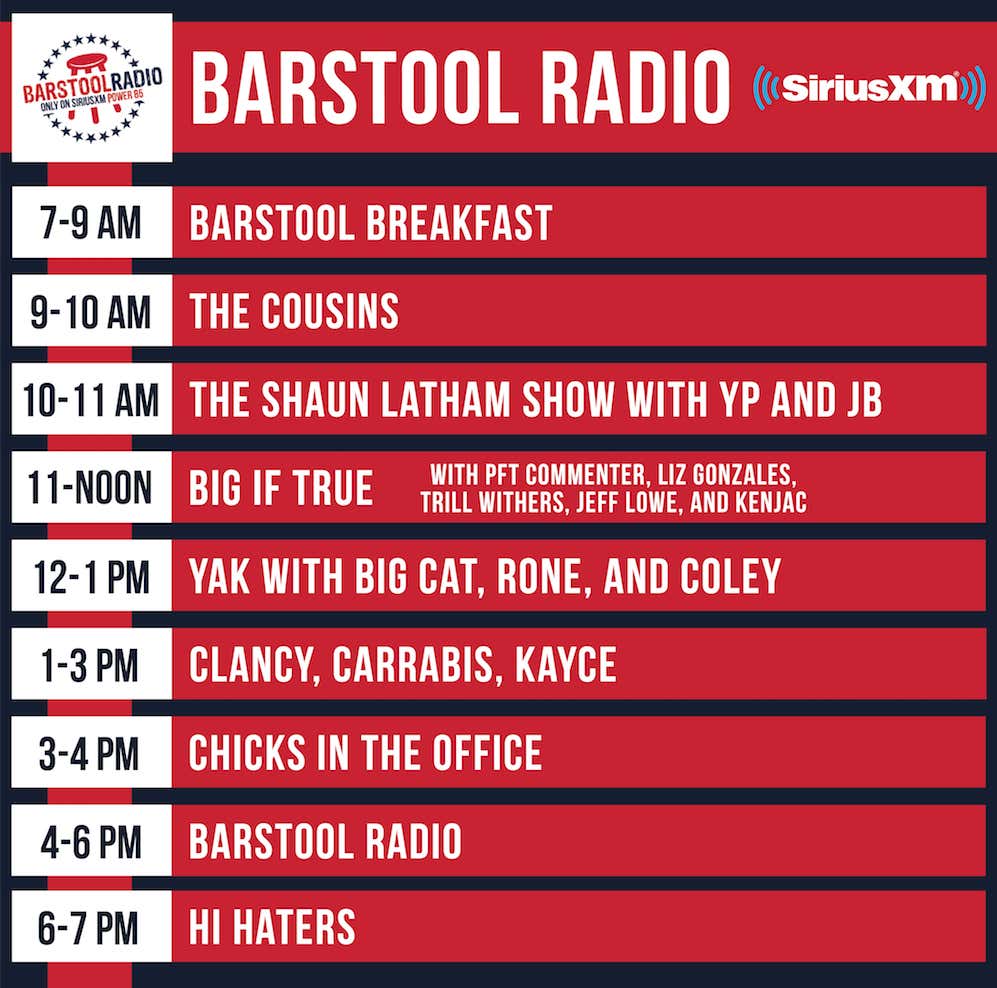 So the worst kept secret at Barstool is that we are rearranging out radio schedule.  Obviously we had a major hole to fill after Pat left and we got a bunch of new hires so the delay was just figuring out schedules, combos etc.   Well without further ado here is the brand new schedule that launches on Monday.  Some of our shows obviously stayed the same and some changed.   Highlights are PFT getting his own show with a cast characters, Chef getting his own show, Big Cat moving the EYAK to lunch time, Kayce joining up with KFC and Carribas for a mid day show.   And as for as Barstool Radio goes we’re gonna add Riggs into the mix to help host it with Tommy and I and I plan on rotating amongst the rest of the office as cohosts/guests.    Overall I think this will make our lineup the strongest it’s ever been.  Hopefully everybody enjoys it and if you don’t you can all go to hell.