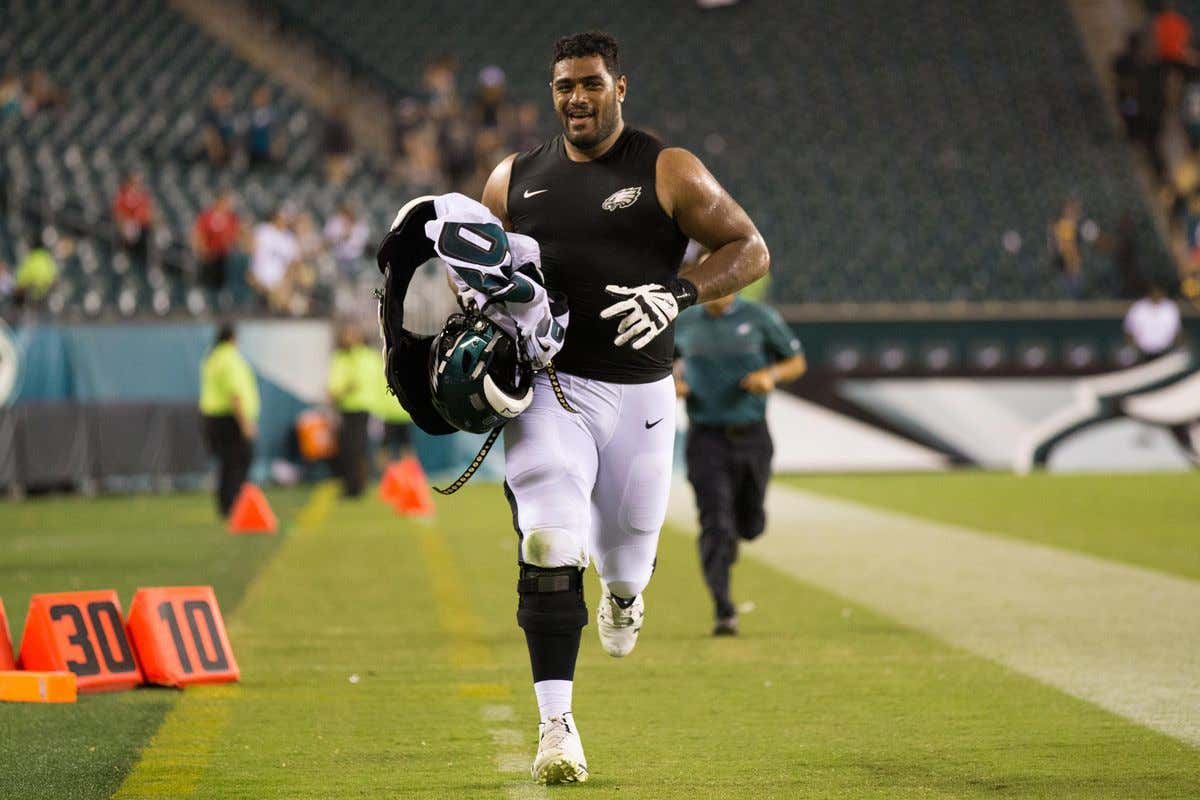 Picture this: It’s Sunday Night Football in Philadelphia. We’ve got the Eagles taking on the Cowboys for the first time ever as reigning Super Bowl Champions. The Eagles come running out of the tunnel in their blackout uniforms. The Eagles win the coin toss and elect to kick first. Naturally, the Cowboys go 3&out with their first possession. The Linc is already rocking after the defense gets Dak off the field right away. Now it’s time for Dallas to punt.

But Darren Sproles hurt himself in practice again yesterday so he’s not back there to receive the punt. DeAndre Carter got claimed off waivers yesterday by Houston so he’s not back there to receive the punt. All of a sudden, this massive 6’8″ 350 lb behemoth of a human comes running onto the field. It’s Jordan Mailata and he’s going back to take the punt. The ball is up in the air, pretty decent hang time and would most likely result in a fair catch if it were anyone else besides a giant back there to receive it. But Jordan Mailata doesn’t believe in fair catches. Especially not for the first play in his NFL career. So he fields the punt, and up next is pure destruction.

All that needs to happen is for Doug Pederson to say the word and let the man dress on Sunday night.

So you’re telling me there’s a chance…..?

It just needs to happen. There has never been a more perfect opportunity to get Mailata into the game. Sunday Night Football. Against Dallas. Wearing all black. Down a running back after anticipating Sproles being ready to go. Make it happen, Doug. And make it happen quick because my penis can only stay erect for so long before we start running into some issues and a doctor needs to get involved.

P.S. – I ran into Jordan at the airport this past Saturday morning and I can confirm the multiple reports floating around out there that he is, indeed, quite a large human being. You are welcome for this groundbreaking piece of journalism.