Ginsburg, 85, went home after the fall but continued to experience “discomfort overnight” and went to George Washington University Hospital early Thursday. Tests revealed she fractured three ribs on her left side and she “was admitted for observation and treatment,” according to the statement.

Ginsburg, the court’s eldest justice, has served for 25 years after being appointed by former President Bill Clinton in 1993. She is the leader of the court’s liberal wing.

Oh man. Poor RBG’s been on the high Court for 25 years and she’s the last hope for progressives. Her continuing to just be alive is the only thing preventing Republicans from plugging yet another conservative vote on the Court for generations. She’s the leader of the Court’s already diminished liberal voice and, at 85, she ain’t no spring chicken. 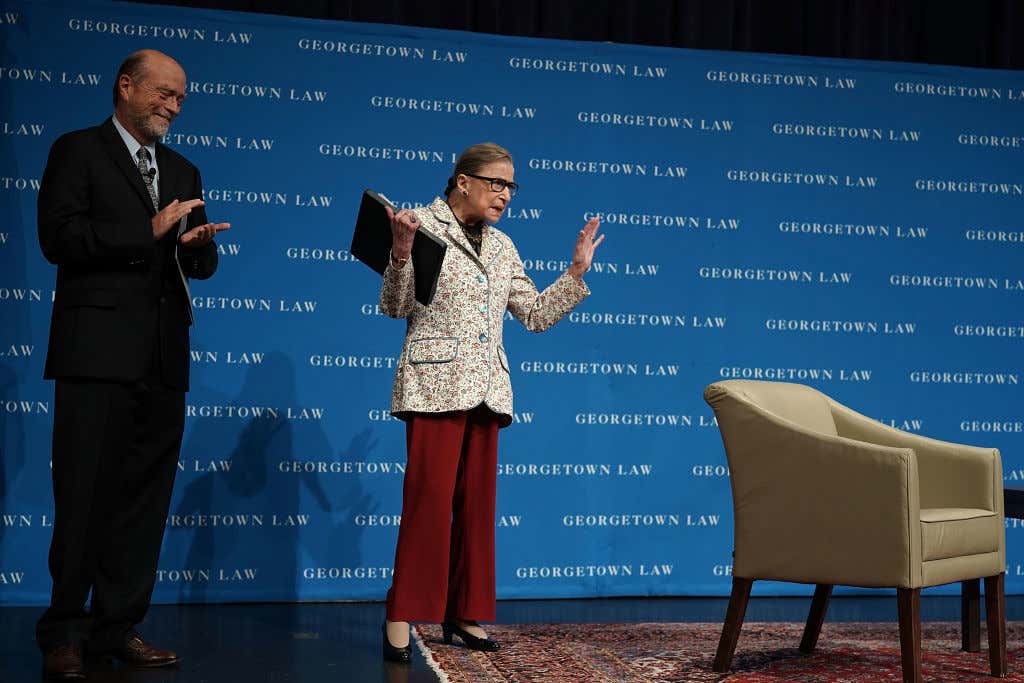 You might think that annoying ass girl on Facebook who used to complain every time someone got a higher grade than she did wants Trump 2020 to lose more than anyone on the planet, but you would be wrong. Ruth Bader Ginsburg wants Trump 2020 to lose more than anyone else on the planet and it’s not even close. And that’s not necessarily because she hates Trump (though she probably does); it’s because she just wants to finally fucking die. That’s all she cares about. If Trump wins, she’ll have to somehow figure out a way to not die for four more years (six from now!). Imagine that. Imagine how awful that’d be. Any other person, once it’s their time, it’s their time. They just go. They just shut it the fuck down and say smell ya later. But not RBG. That poor, ancient soul has looked like she’s ready to die for years but has hundreds of millions of people hanging on every breathe she takes. Hundreds of millions who’ve never prayed before in their lives folding their hands, taking the knee, and praying to any heavens they’ve ever heard of that each RGB breathe is followed by another. “Please, Ruth, just keep fucking breathing until that man is out of the White House” is the prayer of every liberal in America.

What pressure that is. It’s going to be tough, but RBG not dying before Trump leaves office would be one of the most clutch performances in American history.