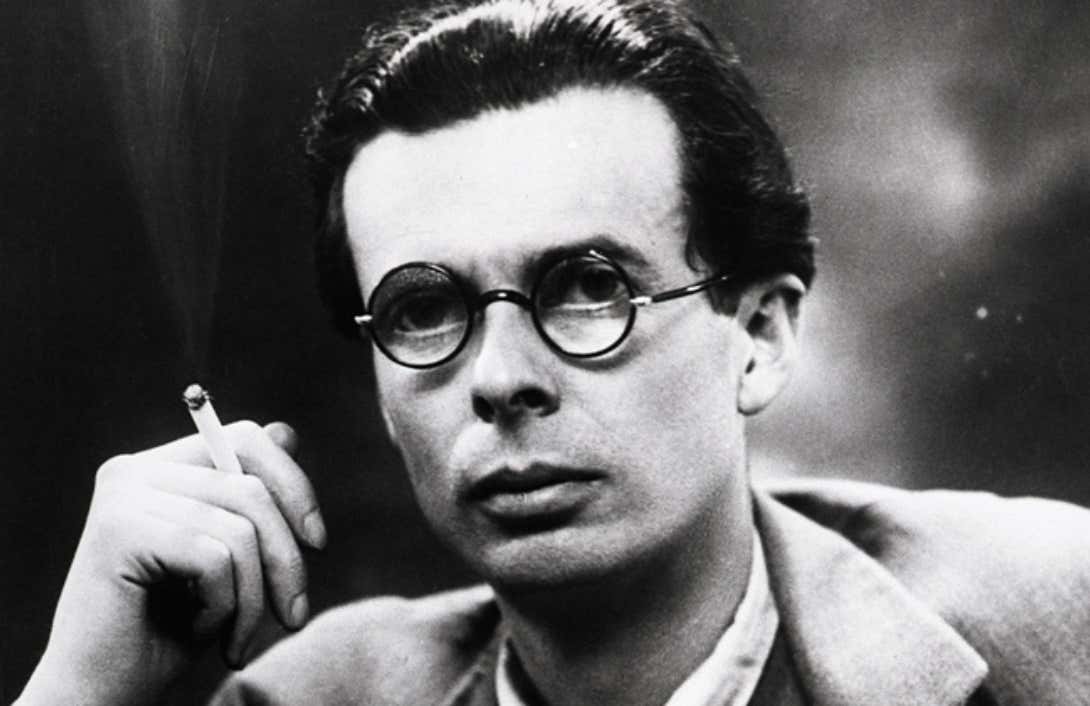 As you all know I’ve started up #WikipediaRabbitHole nights where I basically just read Wikipedia until I fall asleep.  It’s fascinating and that’s why I’m so smart.  Brave New World was on the Reddit main page so I dove into the book I haven’t read since high school summer reading, which obviously drove me to Aldous Huxley.   And what a fun factoid I found out!

On the same day President Kennedy was assassinated, the world lost a second giant in time. Aldous Huxley, the author of Brave New World and other stunning works of literature died after a 3-year battle with cancer. It was 1963, and on his deathbed Huxley asked to be injected with multiple doses of uncut LSD.

He had his wife do it who, as a down ass bitch, was more than happy to fulfill his dying wish.

Laura Huxley writes, “‘I am going to give him a shot of LSD, he asked for it.’ The doctor had a moment of agitation because you know very well the uneasiness about this drug in the medical mind. Then he said, ‘All right, at this point what is the difference.’ Whatever he had said, no ‘authority,’ not even an army of authorities could have stopped me then. I went into Aldous’ room with the vial of LSD and prepared a syringe. The doctor asked me if I wanted him to give him the shot—maybe because he saw that my hands were trembling. His asking me that made me conscious of my hands, and I said, ‘No I must do this.’ I quieted myself, and when I gave him the shot my hands were very firm.”

“All five people in the room said that this was the most serene, the most beautiful death. Both doctors and the nurse said they had never seen a person in similar physical condition going off so completely without pain and without struggle,” writes Laura Huxley.

What a way to go out.  Just tripping balls watching the walls change color to neons.  And why not?  Much preferable to being in pain and sadness.

Huxley was a huge fan of mind altering substances and got some of his best work out of it.

After being introduced to mescaline and LSD in 1953, Huxley began experimenting with psychedelics’ ability to expand the fences of awareness momentarily like the opening aperture of a camera lens. Some of Huxley’s most profound work with psychedelics is chronicled in The Doors of Perception.

And let’s not forget one of the major storylines of the book is the consumption of “the soothing and happiness-producing” drug Soma.   My dude was into some serious drug shit.