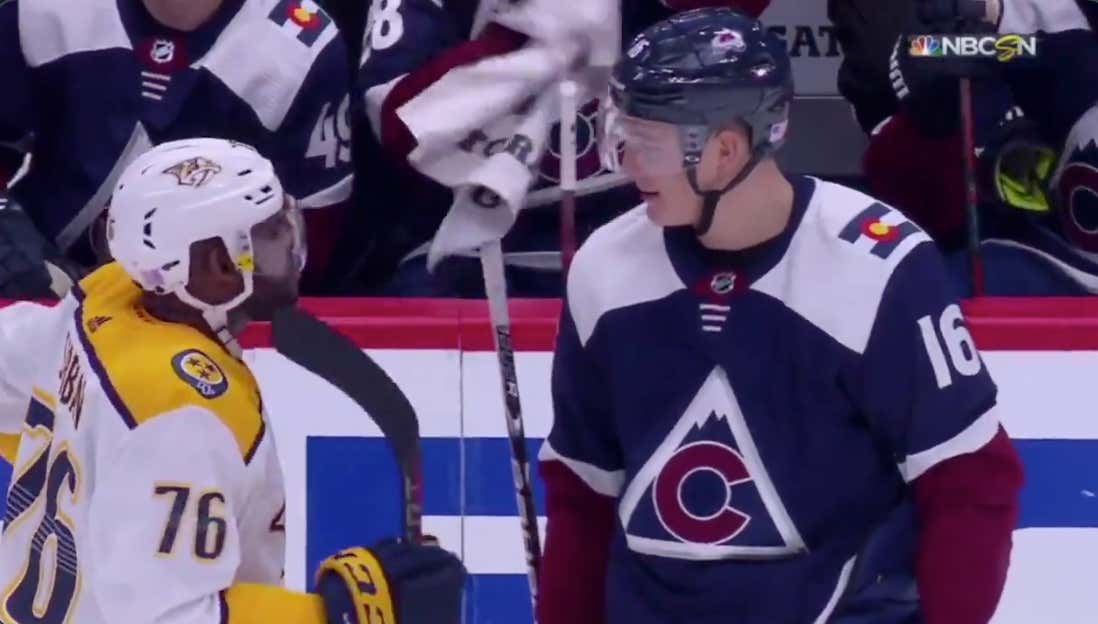 The Nashville Predators are currently buzzing after winning 4 games in a row and still undefeated in 7 games on the road. The Preds are at the top of the standings at 12-3, but the Central Division is going to be an absolute gauntlet all season long especially with the Avalanche being back. So even though they’re mowing down teams left and right, some of these games are still going to a battle. Which was the case last night when Nashville took a trip to Colorado to play against the Avs. And during that game, things got a little heated between one Mr. PK Subban and another Mr. Nikita Zadorov. Lucky for all of us at home, Pierre’s mic was right in the middle of it to pick the whole exchange up.

“Ya know what? I’m a pussy. You’re right. I wouldn’t fight ya, but you’re a terrible hockey player. No. It’s painful for me to watch. Fuck you’re horrible”

Alright so right off the bat, it’s a little bit of a rough look for PK Subban to be calling himself a pussy. That’s not to say that I don’t appreciate the self-awareness or anything like that. Deep down inside, we all know if we’re a pussy or not. I know wholeheartedly that I’m a gigantic pussy and so it’s nice to know that I can at least relate to PK Subban on that level. But you can’t get yourself on the record as saying, “Ya know what, I’m a pussy”. Because that audio clip will live on forever and people can just cut it off right there and edit it however they want.

But as soon as you get past that part, PK is 100% right. Why would PK Subban fight Nikita Zadorov? For starters, Zadorov is 6’5″ and weights 230. So he has 5 inches and probably close to 30 lbs on Subban. Right off the bat that’s a lot for Subban to give up to fight a nobody. And then you have to take into consideration that at the time of this incident, Nashville was holding on to a 2-1 lead with a little under 7 minutes to go in the 2nd period. If PK Subban fights Zadorov right there, the only thing he’s doing is taking himself off the ice for 5 minutes and potentially giving Colorado a momentum swing. Even if he wins the actual fight, Colorado clearly wins that swap by taking Subban out along with Zadorov. Let’s just look at the stats. 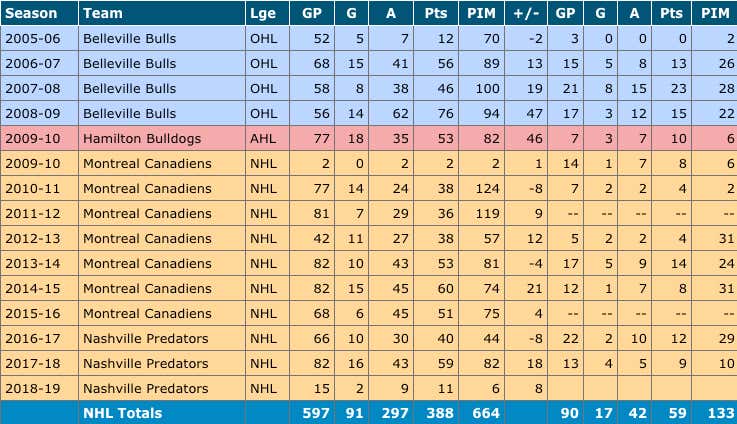 Both guys started off in the OHL. They were drafted by teams in the Atlantic Division. They were then traded to the Central Division. And they both also spent some time in the AHL. And no matter where you look, PK Subban is by far the better player and it’s not even close. What’s the difference if Zadorov can beat PK Subban in a fight? It doesn’t change the fact that he doubles him up in point production per game. It doesn’t change the fact that PK Subban is a superstar in the NHL while Nikita Zadorov is a player who probably everybody outside of Colorado fans realizes is in the league. So sure, PK Subban might be a pussy and doesn’t want to fight a guy while his team is trying to hold onto a 1-goal lead. But at the end of the day when you’re a professional hockey player for a living, would you rather be a pussy or would you rather be terrible at hockey? Because if you compare the two players’ paychecks, I think the answer is pretty obvious.

But yeah, Subban doesn’t go around fighting nobodies. Unless you’re an all star, keep your gloves on around him.

P.S. – Nashville went on to win the game 4-1 so it seems like no fight was the right decision there.