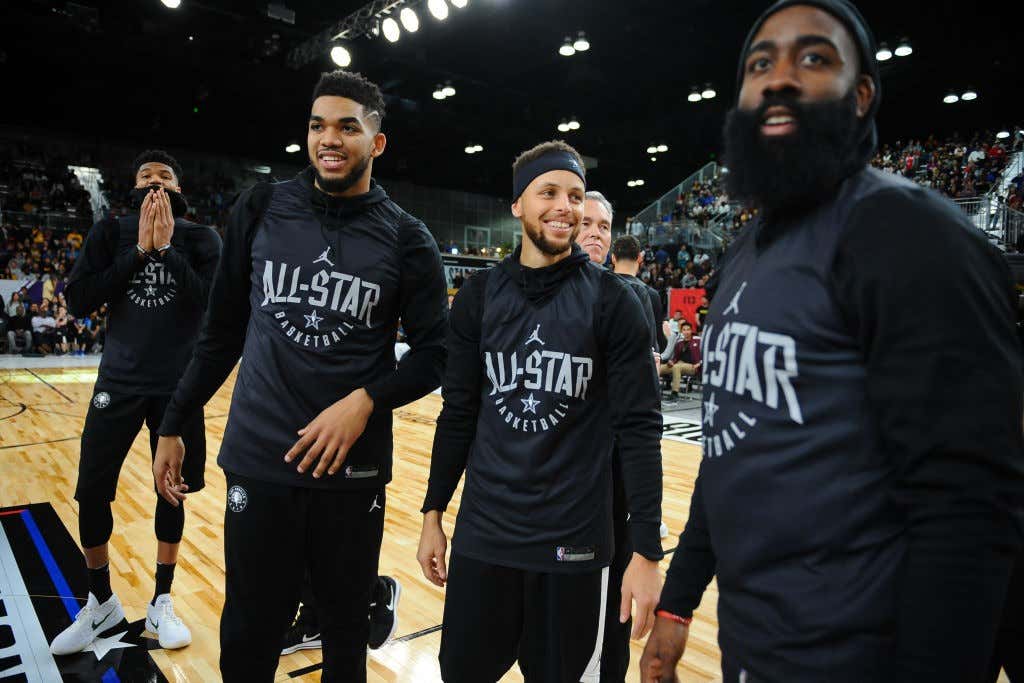 I think we can all agree, the idea behind the All Star roster draft was great, but the fact that we didn’t see it happen was a gigantic miss. The NBA is by far the most petty league on the planet, and the world needed to see those choices live. We needed to see who was passed up and if any NBA beefs translated over to the creation of each team. We did get some leaks as to the order, like Horford being the last pick and all that, but this is such a no brainer the ratings on this thing might break TV records.

It’s not surprising this happened as I’m pretty sure Steph and LeBron talked about how the draft should be televised last season, and as a basketball fan and general chaos fan I don’t know how you could not be excited for this. You just know if someone like Westbrook doesn’t like where he gets picked he 100% is not going to forget the next time he plays against either of the captains. I am very much here for that type of drama. We already have players who go on Twitter and talk shit when they get passed over for an All Star nod, so I imagine this is going to be that same type of reaction times a billion.

This is just the latest example of why the NBA just gets it. They know the best way to grow the game is to not give a shit about sharing videos on social, they’re by far one of the most progressive leagues of the four major sports, and their willingness to do stuff like this just shows how committed they are to making the All Star weekend the best event possible. You could argue that weekend has gotten a little stale over the years, but that immediately gets tossed out the window with this news. It’s true players don’t really care about the game and only try in the last 5 minutes, but now you have to factor in the reality that players will be petty and feel slighted. Upset that they were passed over for Player X, all the sudden this game becomes so much more watchable.

Great move by Adam Silver and the players union, I cannot wait to see what happens.