All time clip. Just all time. Pure entertainment from start to finish. The Smitty/Nate rivalry is great but it’s an elementary pillow fight compared to Trump/Acosta. One of the most iconic rivalries in history. Total hate and zero respect. It’s all you want in a rivalry. The relentless reporter against the combative world leader.

The way this starts you know instantly you’re witnessing something special. “Let’s go, let’s go, come on” with the universal “speed it up” symbol from Trump before Acosta even starts talking. 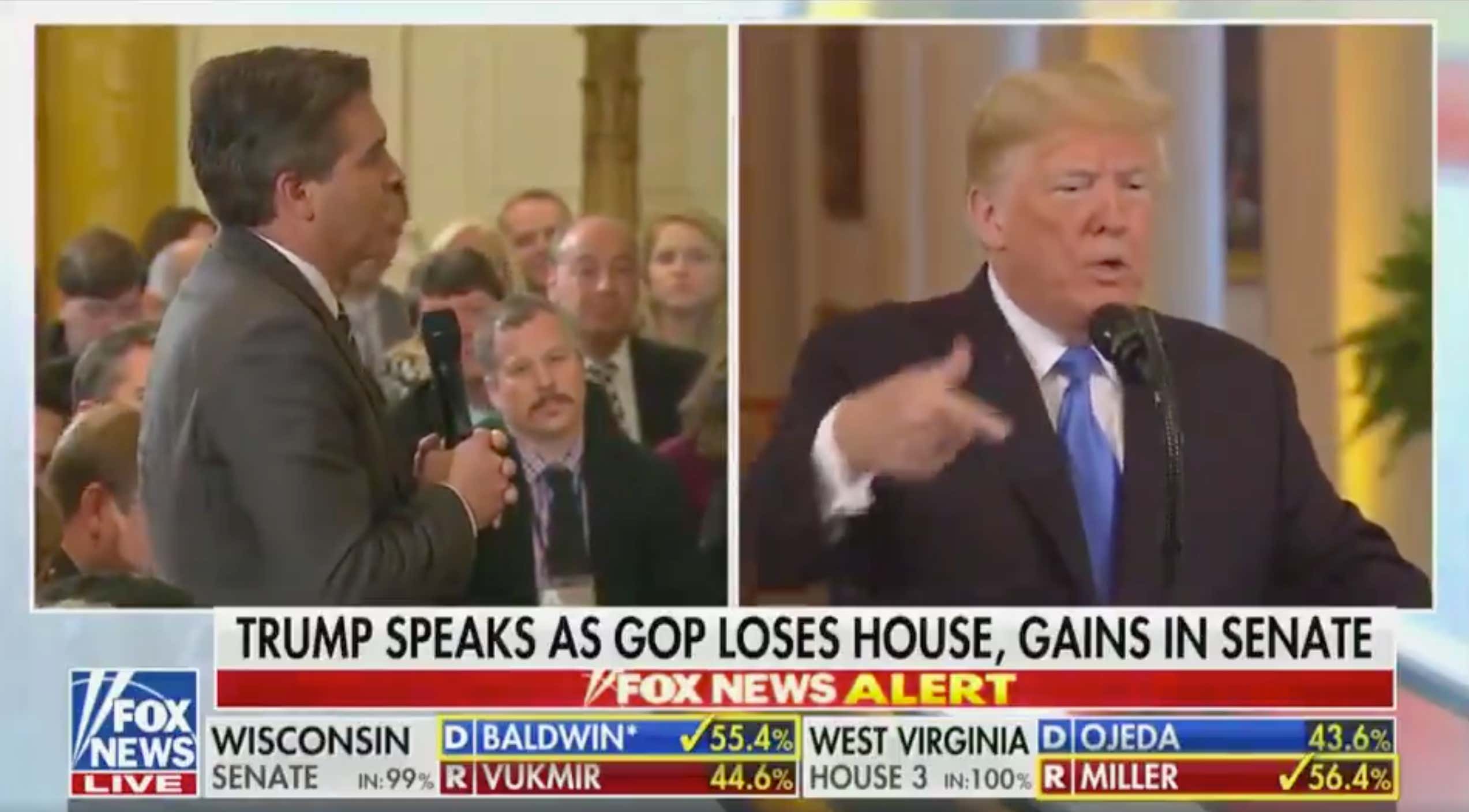 Then they get into caravan talk. Acosta makes some solid points before Trump drops maybe the best line of this whole exchange.

“Do you think they were actors, Jim? They didn’t come from Hollywood.” 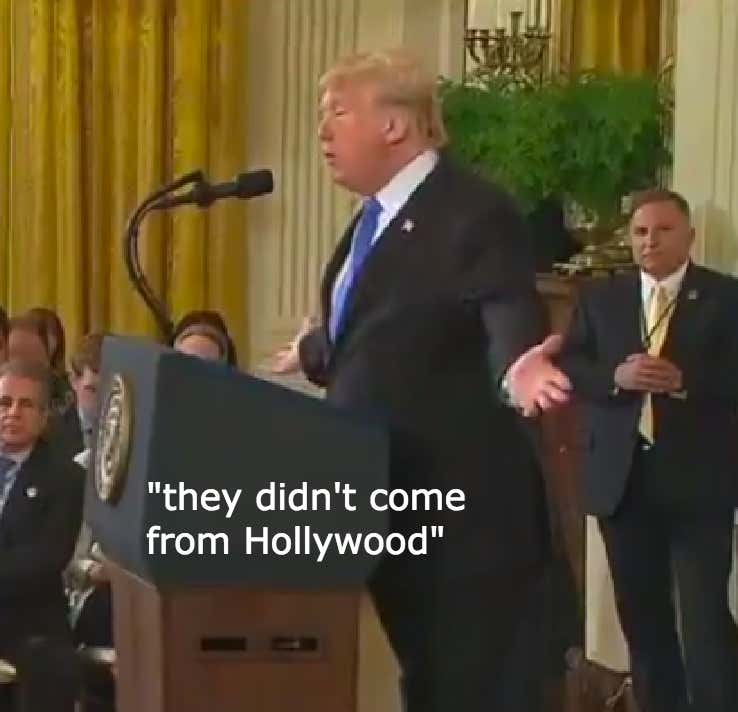 Then we get into Jim’s highlights. Typically Acosta ends up hanging by his underwear from the White House flagpole during these things but this time he fought hard. This time he was relentless. This time he earned my respect.

Nobody has ever dominated a microphone grabber harder than Acosta dominated this poor young woman. She was never even fucking close.

And he sneaks a “pardon me ma’am” in there hahahahaha. Incredible.

And honestly, just an AWFUL mic-grabbing performance by this chick. AWFUL. What the hell was she even doing?

Last but not least, the finale. Trump hits Acosta with a “that’s enough, put down the mic” …. then WALKS AWAY from the podium! Steps out of the batter’s box! 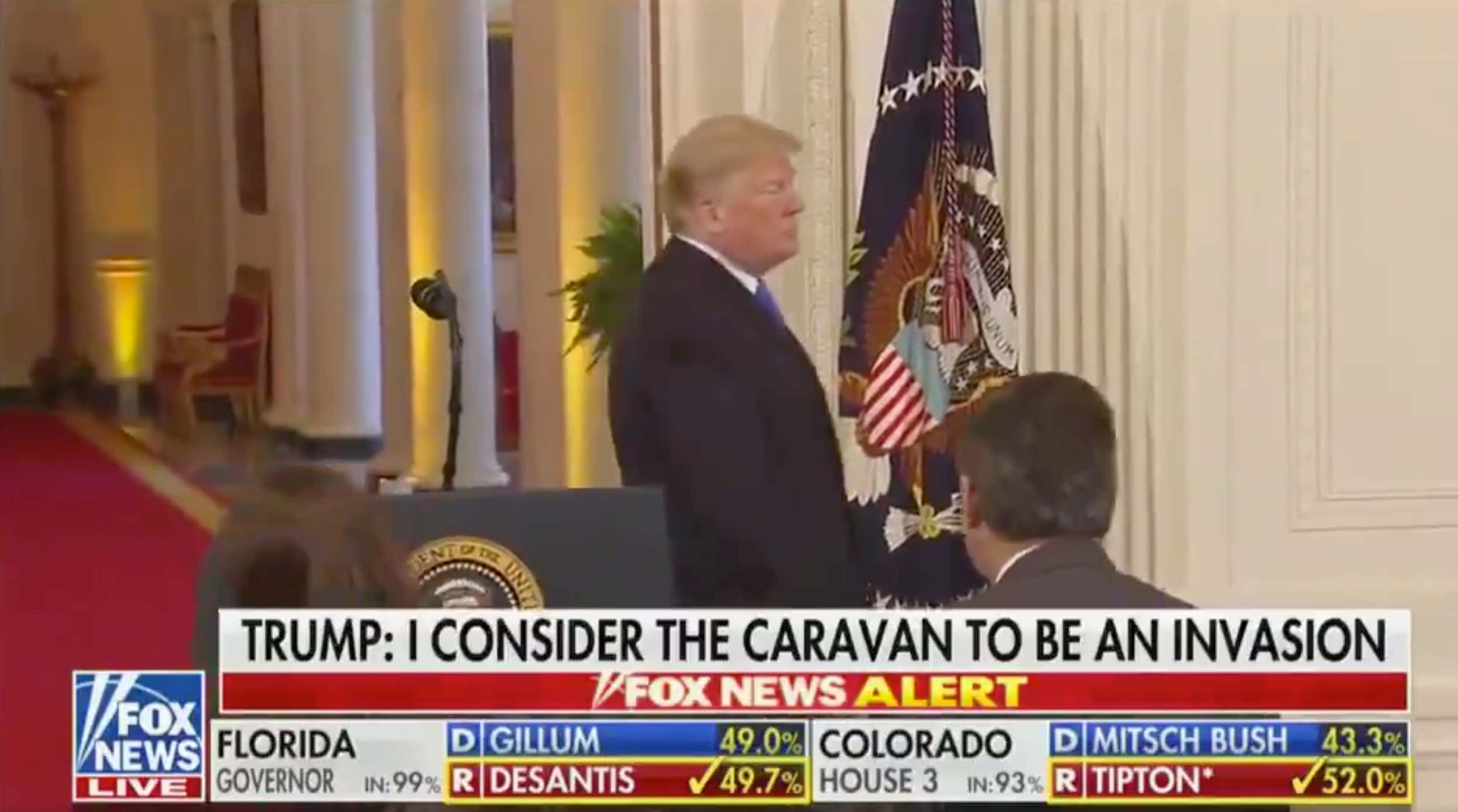 …only to return and tell Acosta he’s “a rude, terrible person.”

Amazing spectacle. Pure entertainment. And all this because Jim Acosta was simply doing his job and asking questions. Makes you both laugh and also shake your head in total despair.