Rijnsburgse Boys supporters got the adult entertainer to streak across the field during the side’s third division match against Amsterdam-based AFC.

The heavily-tattooed actress, who goes by the name ‘Foxy’, ran onto the pitch wearing nothing but football socks and trainers.

The blonde waved a Rijnsburgse flag as she stormed the field and paraded around in front of shocked players and fans.

She was told to distract players in an attempt to throw them off their game.

Rijnsburgse: best fans in the game.  Plain and simple.  You love your team right?  Well what have you ever done for them?  Watched their games?  Bought their tickets?  Worn their merchandise?  Defended them on internet message boards?  That’s all great.  You’re a good fan.  You should be proud.

But Foxy’s naked streak – hilarious as it was – wasn’t able to inspire Rijnsburgse to victory, with the team losing 6-2 at the final whistle.

That may be a hit to Foxy’s self confidence, which you hate to see.  BUT, it doesn’t seem like she was negatively received… 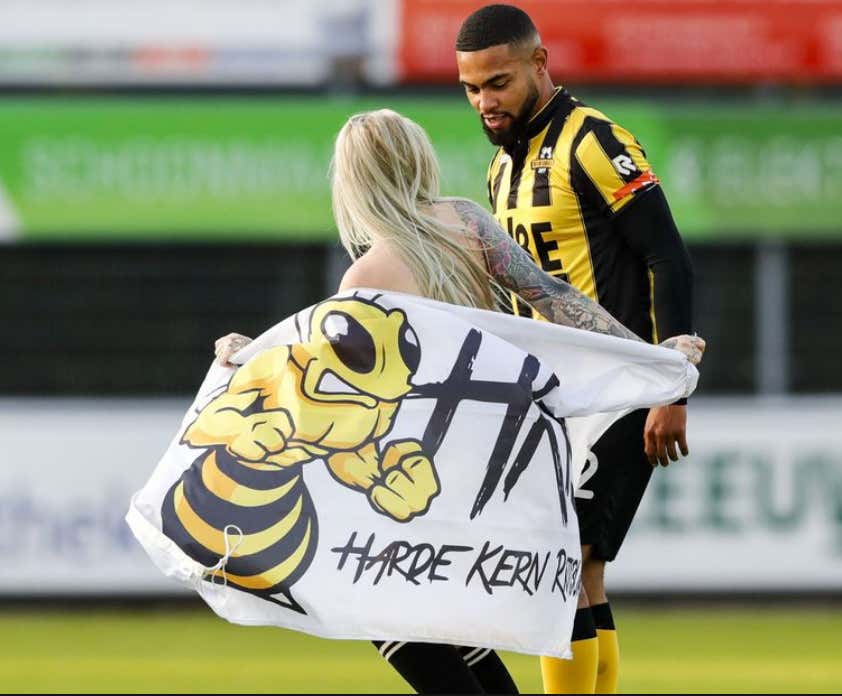 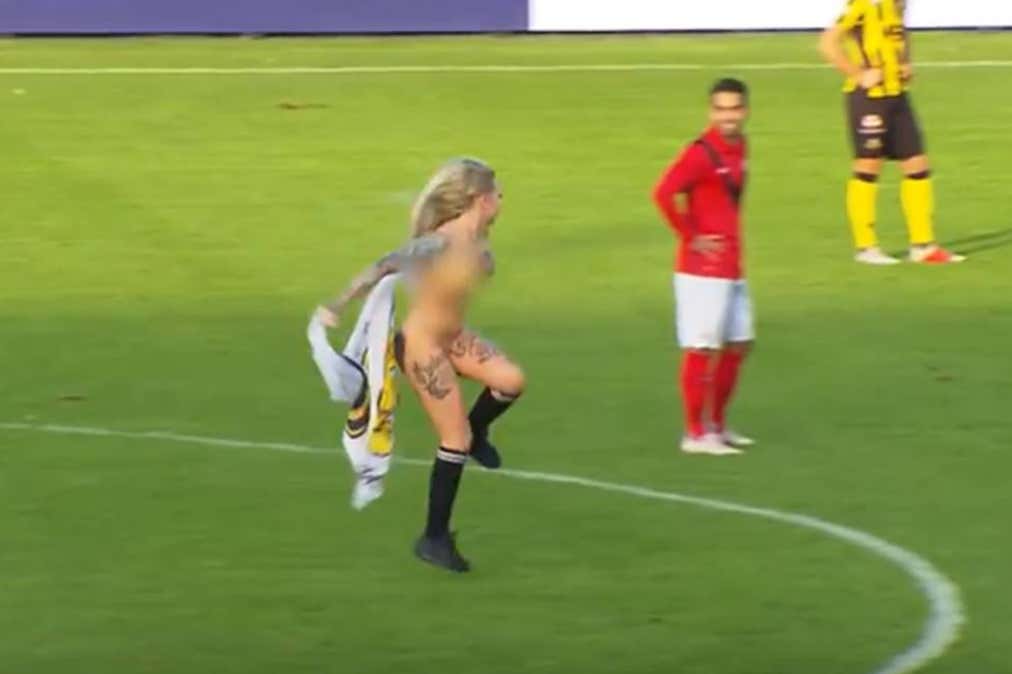 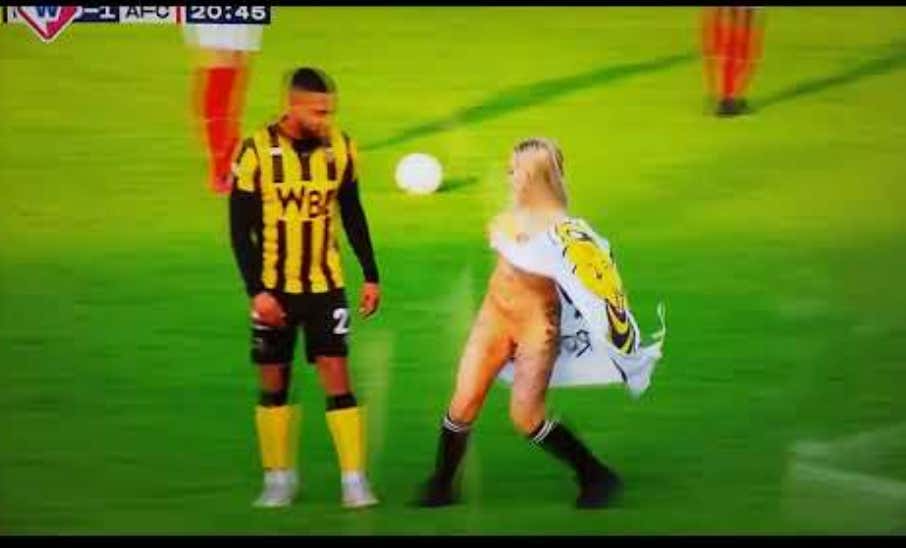 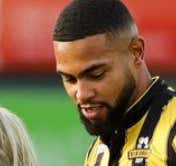 Maybe instead of being distracted, they were just inspired to show off for her and looked to play even harder and run up the score with the hopes of getting some of that good good after the game?