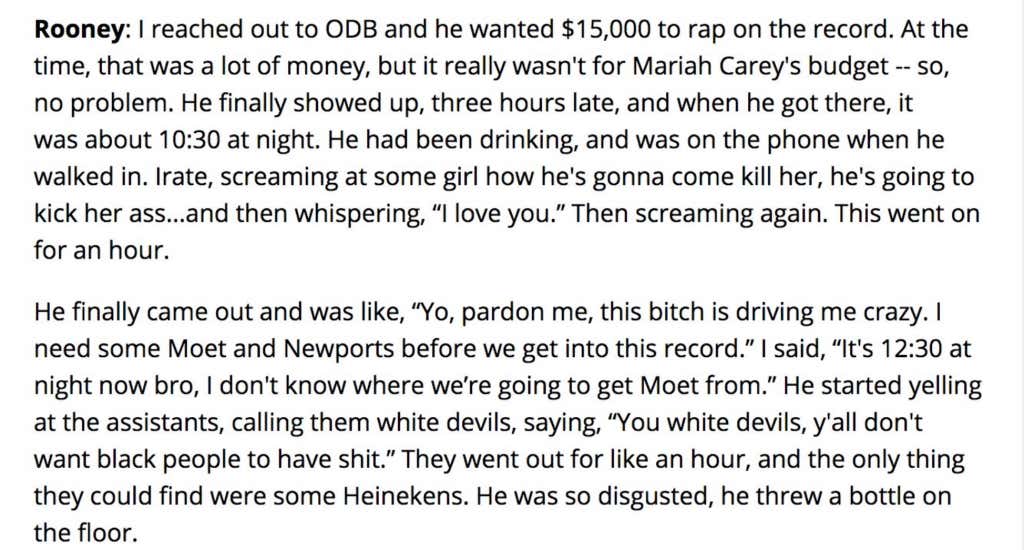 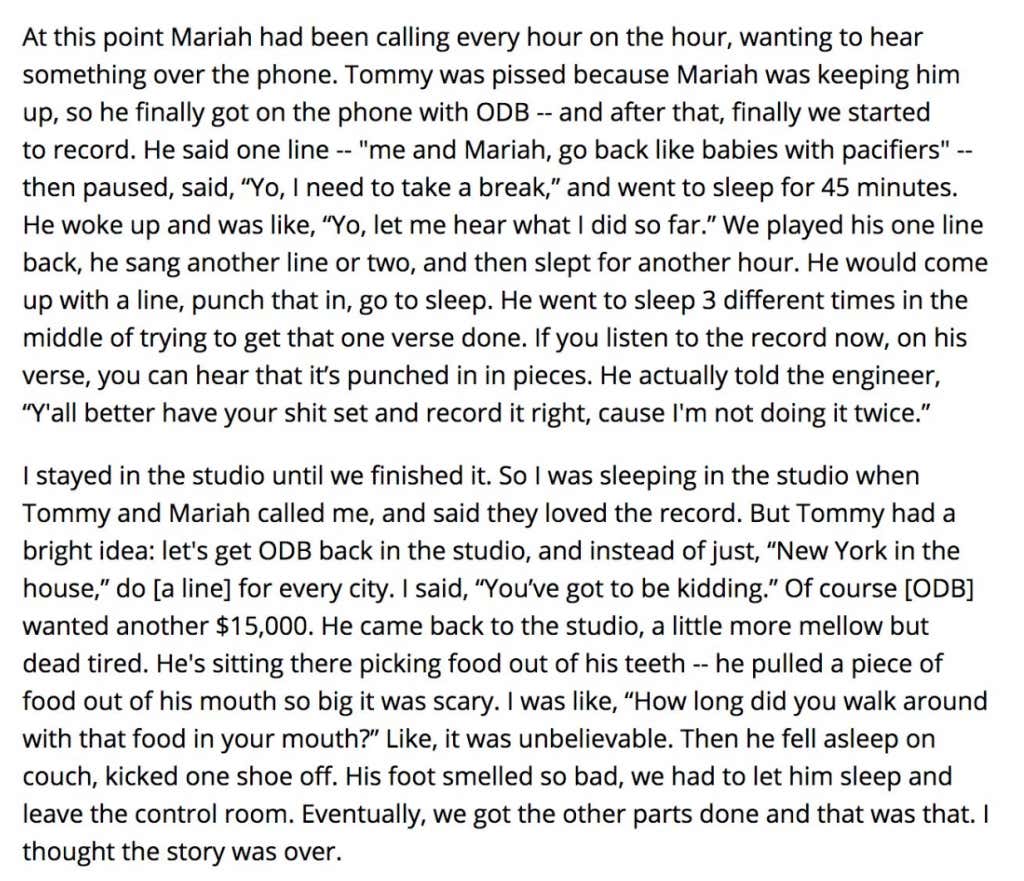 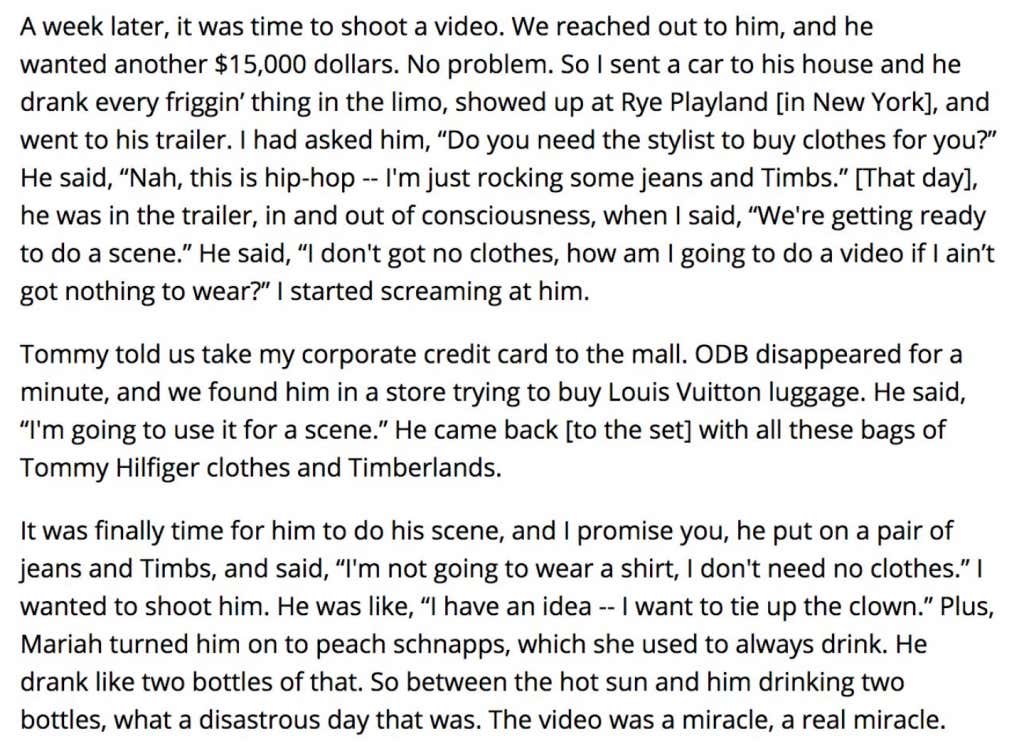 Absolutely amazing. I spent half the time reading that laughing, the other half being mesmerized at what I was reading. It’s so out of this universe that you know it’s 100% true. I could feel their blood boiling all the way from 1995. How he recorded 1 line, took a nap, would do another, and take another nap. I mean ODB was big at the time, but they must have really, reallyyyyyyy wanted him on the track to put up with all of that.

And how about when they are talking about how he pulled a piece of food out of his mouth the size of a whale and then made everyone dry heave from how big his feet stunk…like what in the world is happening? And they’re paying him $15,000 for this too. Oh and in the mean time, how did I forget, he’s on the phone screaming at some girl that he is going to kill her.

And then finally the part about the clothes for the video.

“I wanted to shoot him”.

But on the other hand, he did record the line “Me and Mariah go back like babies and pacifiers” so I’d say that $45,000, stinky feet, smashed bottles, and endless naps was worth it. 1995, what a wild time. And Mariah had to be the #1 smoke at the time in the music world. Hit after hit after hit and every young boy’s dream girl. 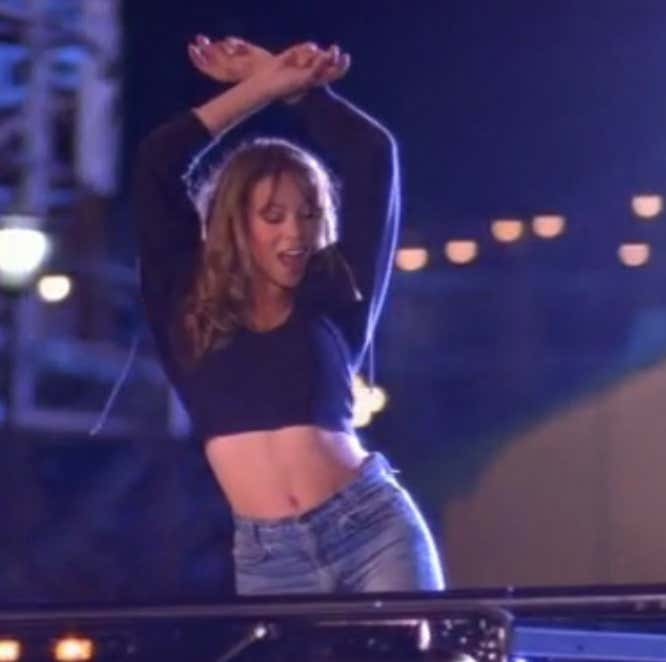 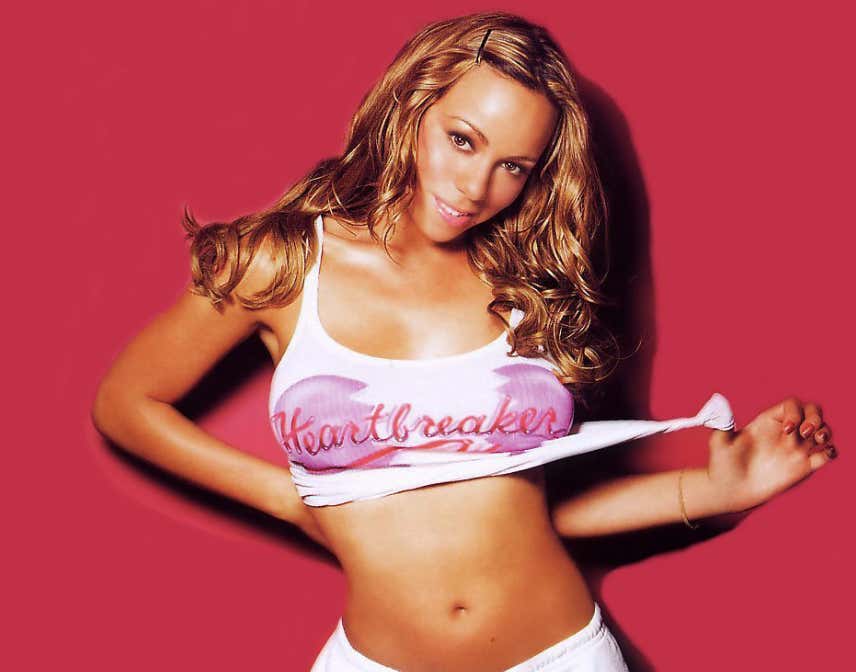 Woo boy. You see her now and she’s kind of a mess and people make jokes about her, but prime Mariah is untouchable. Kids these days with their Cardi B and what not, they have no idea.