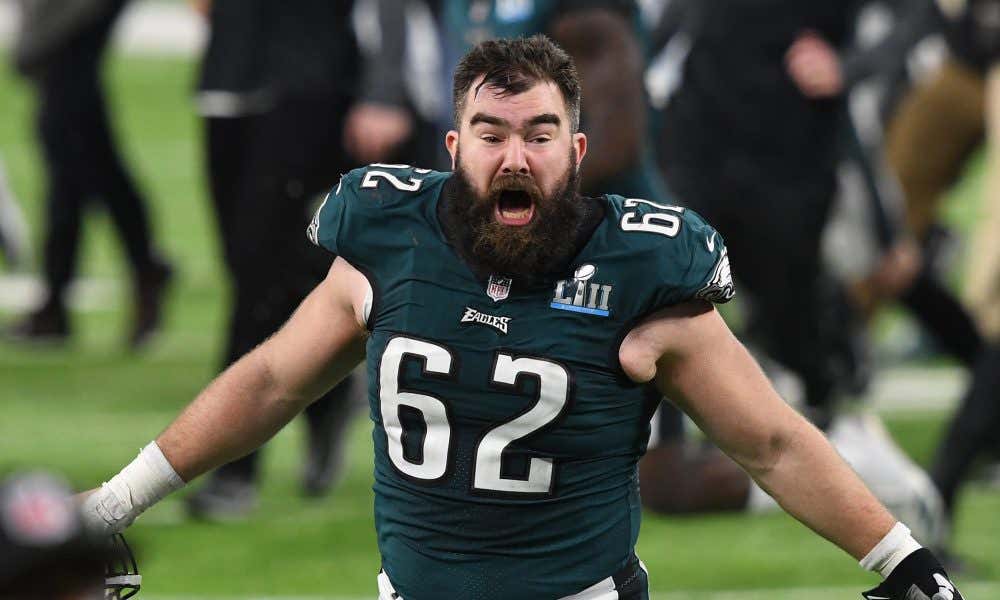 94WIP – Jason Kelce, who has been an Eagle since he was drafted in 2011, admits he does not like what the Cowboys stand for.

“There’s certainly a rivalry there, we play them twice a year,” Kelce said of the Cowboys on Wednesday’s 94WIP Morning Show. “I would say mostly I just don’t think a lot of players, in particular me, just don’t really like the franchise, the organization, what is stands for—what it’s always stood for. This goes back to the lockout when they were getting replacement players, how outspoken the Dallas Cowboys franchise was in ending that. I’ve just never really appreciated what the organization—and what its fans really stood for. A lot of fair weather people from across the country that just kind of fell in love because they’re winners instead of having any type of emotional connection to the team whatsoever.

“There’s a ton of players they got that I got a lot of respect for, Sean Lee, Travis Frederick—unfortunately is going through some serious health concerns, but he’s a tremendous player. I’ve got some respect for some of their guys, it’s most of the organization that you don’t like.”

We can all agree that the majority of Dallas Cowboys fans are like trust fund babies. They are these entitled little bastards who run around without a care in the world because of the success that someone before them has already accomplished. The type of bastard who has never worked a day in their life yet you still see them on social media traveling the world and living in these dope ass apartments, driving a BMW and wearing scarves. Typical rich people shit right there, those scarf wearing pussies. They never had to earn anything, it’s all just been given to them. They don’t know what it’s like to have to work your ass off day in and day out for years and years and years just to finally have all that hard work pay off with the first Super Bowl in franchise history. For years while Cowboys fans were out flaunting their 5 Super Bowl rings that were won before plenty of players on their current team were even born, Eagles fans were in the shit factories putting in 15 hour workdays, 7 days a week without taking any vacations just to finally get one Super Bowl championship last season.

But here’s the thing–Eagles fans would gladly work in the shit factory for their team because that’s how much the Birds mean to this city. Cowboys fans? They wouldn’t even apply for a job at the shit factory. The only reason there are so many Cowboys fans in the world right now is because there are millions of cowards out there who took the easy way out in the 90s. These are people who didn’t care about their hometown. These are people who didn’t care about their neighbors and their family and their friends. These are people who are so mentally weak and morally corrupt that they decided to just latch themselves to the teet of whichever franchise was winning the most at that specific time. It could have been any team, but it just so happened to be the Cowboys. There’s no connection to the team. There’s no connection to the owner or to what it means to be a Cowboys fan. The only thing that matters is that the team won 3 Super Bowls in 4 years in the early 90s and that’s all.

And that’s what the Eagles are playing against on Sunday. The Philadelphia Eagles aren’t going out there to beat Dak Prescott and Ezekiel Elliott because let’s be honest–those guys will beat themselves if you give them enough chances. What the Philadelphia Eagles are going up against on Sunday is an organization and a fanbase who have fraudulently labeled themselves as “America’s Team” for far too long. The Cowboys are everything that is wrong with America. They are a franchise which enables complacency and entitlement. The Cowboys are basically England. They were kings of the world for a while but then 1776 happened and they’ve been fucked ever since. Super Bowl LII was our 1776 and it’s time to do some fucking of our own now.

So for the first time in the history of history, the Philadelphia Eagles will be playing against the Dallas Cowboys as Super Bowl Champions. And I hope that old bitch Jerry Jones gets to see the full force of the monster he created.