I’ll be honest, I’m not too familiar with who Keith Middlebrooks is. Not much of a movie/TV guy and maybe the LCP boys could fill me in, but I did do a quick IMBb of him and it looks like he’s done some legit stuff 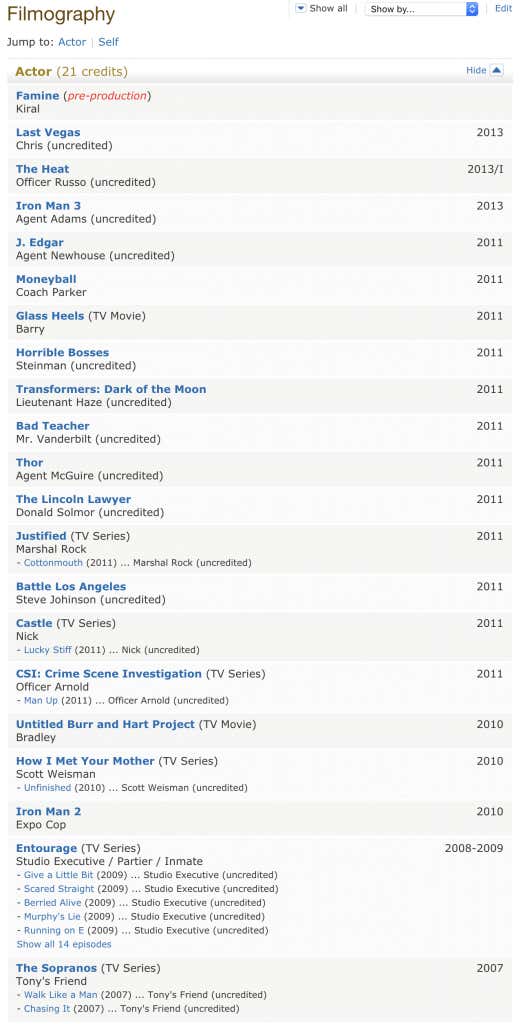 But I don’t really care about his acting credentials. I care about what he said in that video, and he seems pretty damn confident that Kobe is going to be making his return to the Lakers at either some point this season or definitely next season. Now while watching this video I got the sense that maybe Keith Middleton was maybe a little hammered or something, but who am I to question a fan with sources. I have no idea how the Hollywood scene works, so why shouldn’t we kinda believe him here? For all you know he had dinner with Kobe last night and Kobe told him his plan. It’s unlikely, but possible.

As I’ve blogged before, the one thing I feel like this Lakers disaster is missing is the return of Kobe. He doesn’t even have to play, I just need him on the bench giving LeBron death stares. All I’m saying is where there’s smoke there’s fire. How many times have we seen Kobe go on TV and “joke” about coming back? It feels like a million. At what point did we accept that Kobe not only has a sense of humor but even knows how to joke? He’s a basketball psycho and would never fully joke about playing, there has to be some truth to it, even if it’s like 2%. But this dude sounds pretty damn confident so I’ll allow it. I won’t put stock into him coming back this season, but next year absolutely. What is Magic going to do when he strikes out on every big time free agent because nobody wants to play with LeBron? He goes into his office, hit’s the Kobe Emergency button and next thing you know the Black Mamba is back for the duration of LeBron’s tenure as a Laker. Kobe stans that turned into LeBron stans won’t know what to do and I am very much here for that chaos.

Don’t let us down Kobe, basketball fans everywhere need this to be true.