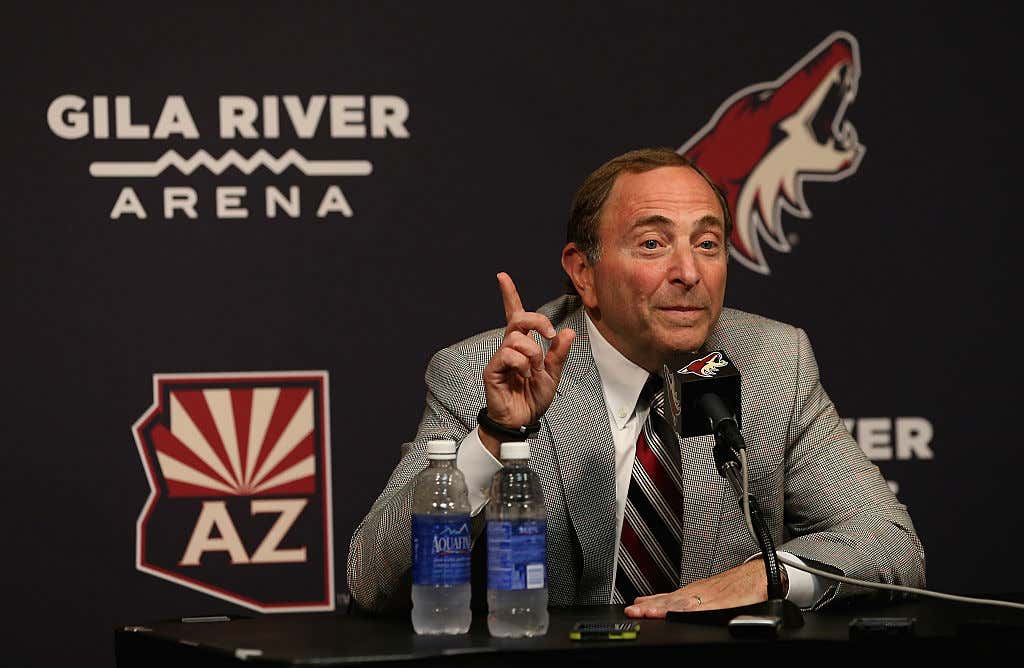 The Fourth Period: TORONTO, ON — As the Arizona Coyotes continue their efforts of finding a new long-term home in the Phoenix area, work has been going on behind-the-scenes for months with respect to a change in the franchise’s ownership structure.

According to multiple league sources, Coyotes owner Andrew Barroway is close to finalizing a deal with at least one interested party. I’m told by one specific source they are still in the “due diligence phase” with that party, and it’s unclear if any additional investors will be part of the equation.

It’s also unclear if Barroway will remain with the club in some capacity, either in a majority or minority role, though one league executive believes at best he’ll stay on as a minority owner.

The deal is expected to close by the end of this calendar year, though given certain complexities, it’s possible it gets ironed out in early-2019.

Pretty big news out of the NHL today. It sounds like the Arizona Coyotes will be sold by early 2019. What does this mean for the Yotes going forward? Let’s discuss.

A few weeks back on Spittin’ Chiclets we talked about the possibility of the Yotes moving to Houston because it would help the conference realignment once Seattle is added, you’d get a franchise in a new city with a new fan base, and the NHL has been trying to get their feet on the ground in Houston for a little while now, so it seems like it’d be a huge win for the NHL to get a team down in Houston, Texas.

I think a move to Houston makes total sense. That city loves their sports and even though Arizona is starting to embrace hockey via ASU, Auston Matthews and Biz, Houston would be an ideal spot for the Yotes. I mean, putting a team that plays 41 games a year in AZ in the Central Division would make traveling the biggest pain in the ass for the organization and the players.

There is also a chance the Coyotes move back to Phoenix with the new owners. It seems like Barroway has been trying to get the team back in Phoenix forever, as they currently play 12 miles northwest in Glendale right now. Maybe a new owner comes in and is able to get a deal done for the team to move back to Phoenix, who knows.

Between the arena situation the conference realignment there are definitely changes coming in AZ over the next few years. The team has tons of pieces to build around and has one hell of a color guy on their radio broadcasts (not a big deal).

The Board of Governors is meeting December 3rd and 4th in Georgia to discuss the new Seattle expansion team. Who knows, maybe they approve the sale of the Yotes at that meeting as well….Kill two birds with one stone.