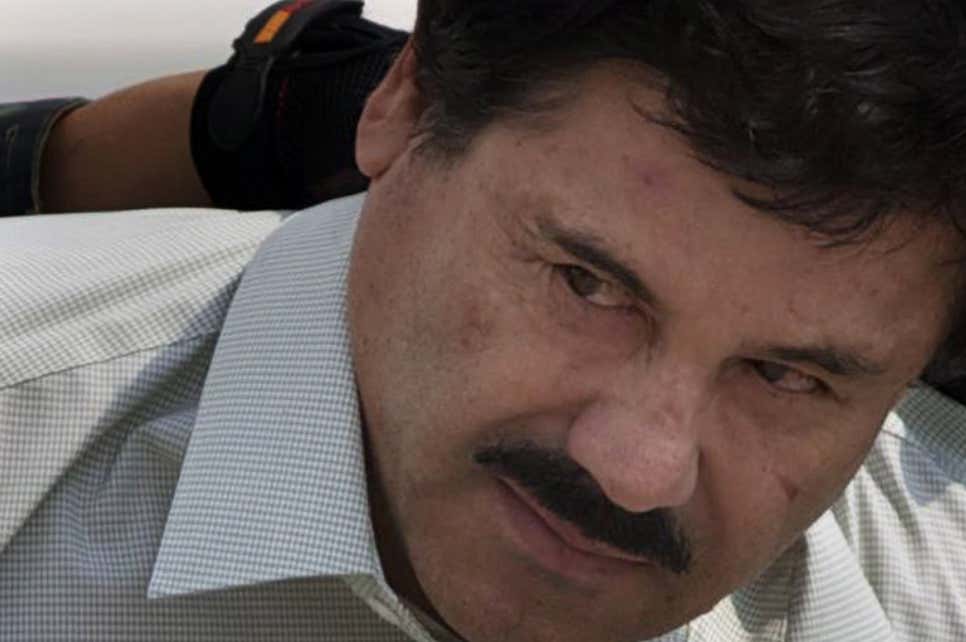 NYT – Wanted: Twelve people who can take four months off work and who don’t mind sitting in judgment of a man said to be the most notorious criminal of the 21st century. Payment: About $40 a day.

Picking a jury is always hard, but it is even more so when the defendant on trial is Joaquín Guzmán Loera, the former head of the Sinaloa drug cartel, a man accused of trafficking drugs by the ton and of having a hand in at least 30 murders.

Mr. Guzman — known to the world as El Chapo — is such a fearsome figure that earlier this year, the judge in the case ruled that the jury would remain anonymous and would be escorted for their safety to and from the court each day by United States Marshals.

A couple of years ago I finally got assigned to do my civic duty and become a juror on a trial.  They brought me into that room where they quickly interview everyone to see if they’re fit for the case, then the prosecutors and defense go back and forth trying to see if you’re a good solid witness for them.  Anyone who has done it before knows that someone with Barstool Sports in their occupation slot is like, 99% guaranteed to pack their shit and go back to work.  I mean all you have to do is say, I work for Barstool Sports dot com.  Oh what’s that?  Oh it’s a website where we make fun of everyone and have super biased opinions about everyone.  For example my buddy Corn Boy Trent just wrote about how Chapo was totally guilty because of his mustache and I don’t know, I kind of believe him.  Back at the blog station by 2 PM.  However I had WAY too much interest in getting on a case so I said I was fair and balanced and here is an example, I put a Smitty blog on Facebook today despite the fact it had 9 typos, 4 sentence structure errors, and he didn’t even write it himself.  Fair, and, balanced.

And that case I had was over a tenant who tripped on a faulty stair and sued the 95 year old landlord who hadn’t physically walked stairs since the Cold War ended.  They settled before I even got out of my snack break for like 20 bucks and a pack of Orbit Gum.  What a fucking let down.

However.  However.  If we’re talking El Chapo, the dude who will have you chained to a tree in 100 degree heat just waiting until you are close to dehydrating to kill your children in front of you – you put in the extra effort to skirt that one.  Which is why I can’t blame all the jurors in Brooklyn right now.

What we’re witnessing is what we see in the NFL Combine every year:  the high IQ guys.  The Wonderlic crushers.  The cerebral players.  High IQ jurors.

Juror Coogan, he played it pretty sweet, without a lot of nuance.

NY POST – Before being dismissed, Guzman defense attorney Jeffrey Lichtman attempted to make a case for the potential juror, telling Judge Brian Cogan, “I have an autograph of Charles Manson and two leaders of Hamas and obviously I’m not a big fan of them.”

The prospective juror confessed when asked by Cogan if he did ask for Guzman’s autograph, saying, “That’s right, yes” and eventually admitting, “I’m a bit of a fan” — a statement to which Guzman, sitting only feet away, had no reaction.

Feel like you have to at least TRY to hide what you’re doing.  You were successful, congrats.  How about a little gamesmanship though dude.

On Monday, a potential juror was dismissed after she told the judge, “What scares me is that…[Guzman’s] family will come after jurors and their family.” Another said: “I’m nervous.” Others were asked if they had watched popular Netflix shows about drug trafficking like “El Chapo.” A woman who watched “Narcos” was dismissed.

I’m a high level Narcos watcher, and I just checked out the El Chapo doc too.  Double whammy of bias.  Sorry fellas, gotta skidaddle. Mr Chapo, please mark this down with your associates , Keith, yes the white Jewish one, hook nose – he’s outta here, not saying a word, in fact he’s going back to restart your show from ep 1.  I see that you are, in fact, guilty of everything.  Real shame I can’t say that one on the record, guess I’ll just do it from my one bedroom apartment with the freshly installed quadruple padlock and Panic Room that would make Jodie Foster jealous.

I mean we’re talking about 40 BUCKAROOS a day, and 4 months of missed work, to make a difference as a citizen of the USA. You look El Chapo right in his eyes, say you’re guilty sir, then get gutted with 47% of your organs hanging from the hall rafters before the judge even bangs the gavel.  But your family back home gets that 40 dollars, USD.  That’s like 3.5 boxes of Rice Krispies for the kids.

We hear you Nancy, but the kids gotta eat, and the dad’s gotta not get put on his knees and shot in the brain stem execution style pitching at a 90 degree angle into a mass grave.  Feel me?