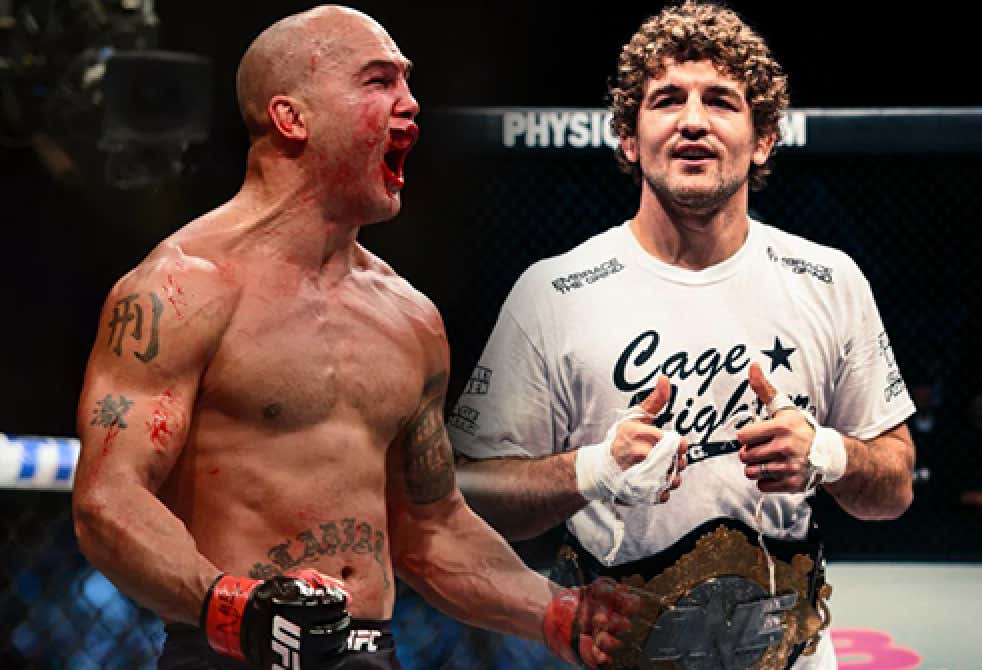 After the monumental first trade in professional mixed martial arts history, the biggest question on everyone’s minds has been: who will be the first opponent Ben Askren ever faces in the octagon?

I mean, it has been nearly a decade of dream matchups made by fans yearning for the chance to see how Askren would fare against a UFC-caliber opponent, and Askren himself did call out the entire welterweight division, so it was pretty understandable that we were all so curious. Could it be Darren Till, who Ben’s had the most back-and-forth animosity with? What about one of the Diaz brothers, returning for a massive super-debut-fight? Jorge Masvidal, for a stylistic clash with a bad mothafucka? Colby Covington, another outspoken wrestler to make for a trash-talk filled feud?

Well – no, none of those fighters. Literally not a single one of the names that I – or Askren, have mentioned since he signed. It’s going to be Robbie “Ruthless” Lawler that first meets “Funky” in the UFC.

Why? I’m not quite sure. I suppose Lawler being ranked as the number five welterweight contender in the company was a large contributing factor, as UFC President Dana White said multiple times he wanted Askren to face a “Top 5″ opponent in his debut so we could all really see what he’s made of at that level. Other than that, there’s not much that makes sense about this matchup. Like, when you really think about it, the UFC just acquired one of the best trash talkers in the world and paired him with one of two welterweights in the entire division he doesn’t have any issues with…but I’m not complaining. I guess I am a liiiiiittle bit, because I don’t think either one of these guys can come out of this one with a loss and rebound, but don’t get me wrong – I’m REALLY interested in this one.

Robbie Lawler is one of my favorite fighters in UFC history, his career serving as the epitome of his nickname, “Ruthless”, and he’s going to serve as a fantastic bar for us to gauge Askren’s talent from. If your wrestling is good enough to neautralize Robbie Lawler’s…savageness(?), you’re pretty damn good. So matchup issues aside – count me in.

We’ll get to see “Funky” Ben face all of those guys eventually, anyway, right?