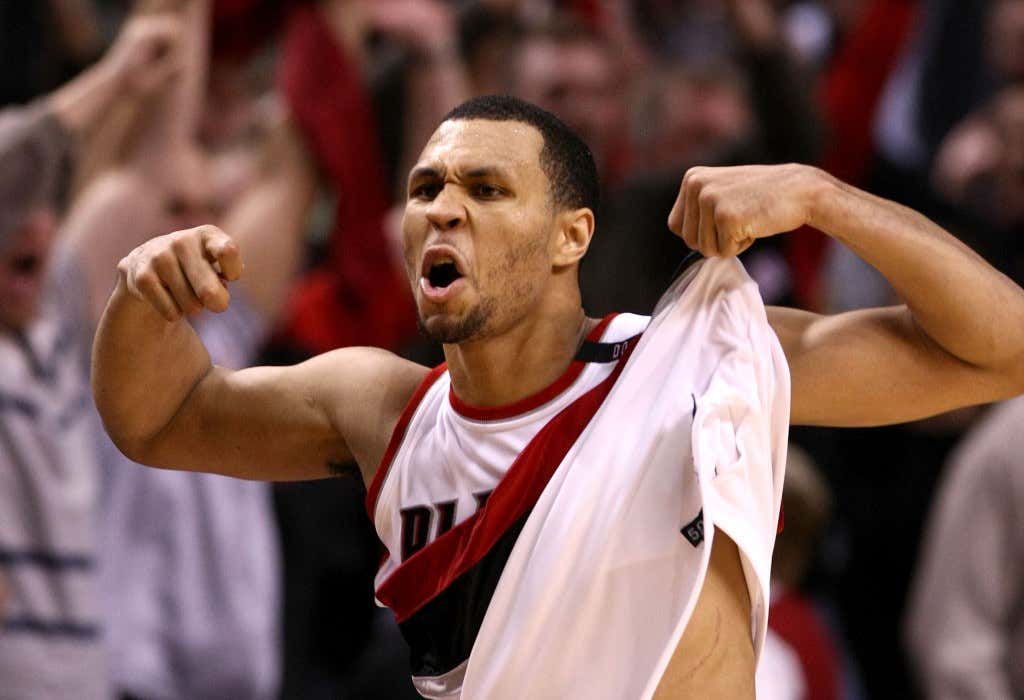 November 6, 2008 feels like a 100 years ago considering all that’s gone on in the NBA since this happened, but when I saw this tweet come across my timeline I couldn’t help myself but relive such an awesome shot. Throughout NBA history there are a ton of guys you could play the “what if”  injury game with, but for me personally Brandon Roy has to be high on that list. It’s probably something like

Anyway, I’m sure there are NBA fans outside of Portland that really forget just how dominant Roy was for them. Think Damian Lillardish level dominance. He was their cold blooded end of game clutch scorer during his time there in 2006-2011, making the All Star game three times with a career Blazers average of 19/4.3/4.7 on 46/35% splits. Sure that game winning shot came in November, but it was still impressive against a Rockets team that would go on to win 53 games and had won 55 and 52 the previous two seasons. That team was no joke with TMac and Yao.

Anyway, it’s pretty eerie that Roy had a shot like this against HOU, and then a handful of years later, their new franchise point guard in Damian Lillard also had a very similar shot in the playoffs against HOU

I mean that’s essentially identical. Obviously Dame’s was better because it came in the playoffs and won them the series, but I find it pretty cool that two franchise players had such similar moments. The NBA is weird like that sometimes, you get moments and plays  like this that are pretty cool.

It truly sucks we were robbed of a 10+ year Brandon Roy career, one of the coldest dudes on the planet during his run that’s for sure.