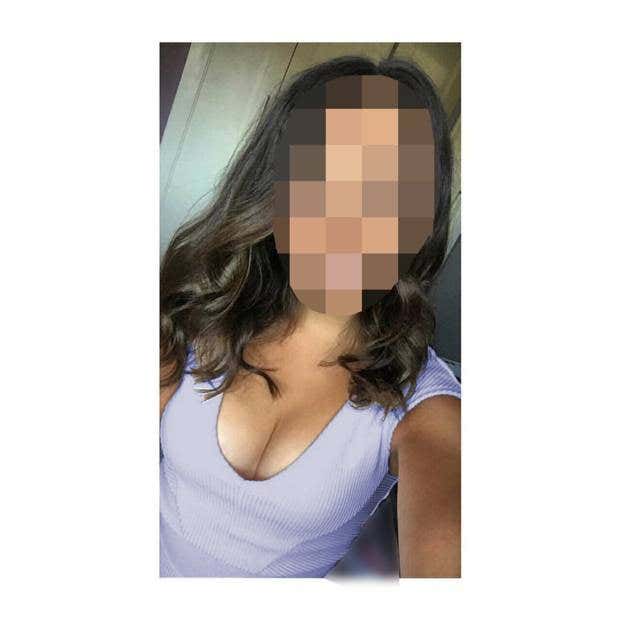 Ireland – A 24-year-old teacher has appeared in court where she was charged with the defilement of a teenage boy who was a student at her school at the time.

The woman was brought before Swords District Court yesterday where she was charged with two offences under Section 3 (1) of the Criminal Sexual Offences Act 2006, namely that on February 1 and February 13 she engaged in a sex act with a child under the age of 17.

The teacher appeared before Judge Dermot Dempsey after she was arrested by gardai at Dublin Airport on Sunday.

Judge Dempsey remanded her on bail and adjourned the case until December 19, when the woman is due to appear in court again.

The judge granted bail, with a number of conditions that included that she surrender her passport and not apply for a new document. She must also provide gardai with a phone number to be contactable at all times. …

The accused, who cannot be named for legal reasons, made no reply after the charge.

Garda Hughes told the court that officers had seized the defendant’s mobile phone and that she would have to obtain another one.

She also must not have any contact with the alleged victim or any other witnesses.

Garda Hughes asked the court that an order be made under Section 30 of the Sexual Offences Act that there would be no reporting of the identity of the accused.

I can honestly say that in the long and glorious history of Grading the Newest Sex Scandal Teacher, I have never had a case like this one. Irish law says you can’t identify a teacher accused of engaging in “a sex act” with one of her students? What would the world be like if every country did that? What if Florida or Texas did that? The internet would practically not be worth having any more. We all might as well cancel our service and just go back to getting newspapers delivered.

So needless to say, with nothing but this article and a pixelated photo to go on, there was nowhere else to go with this. Just another SST to didn’t make the cut. But two things changed. One, I went to vote and the police officer assigned to the polling place said “You’ve got to step up on those teacher blogs.” Two, I got an that seemed to crack this case wide open:

Smoking hot but this is all I got. Hope this is enough. Could end up on the end of the year starting lineup by the looks of things. 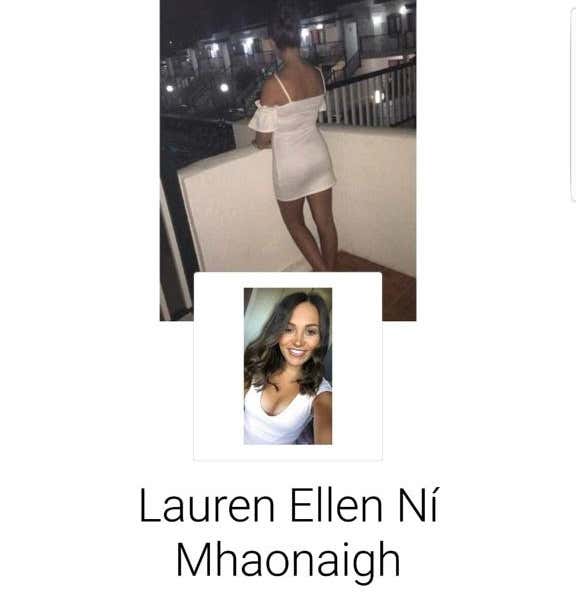 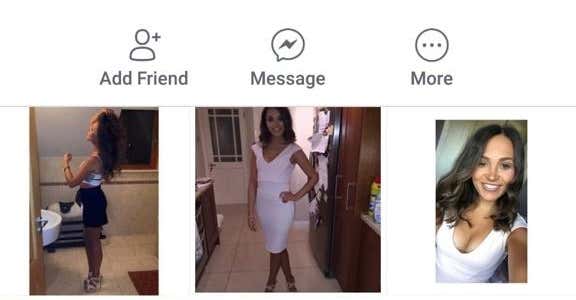 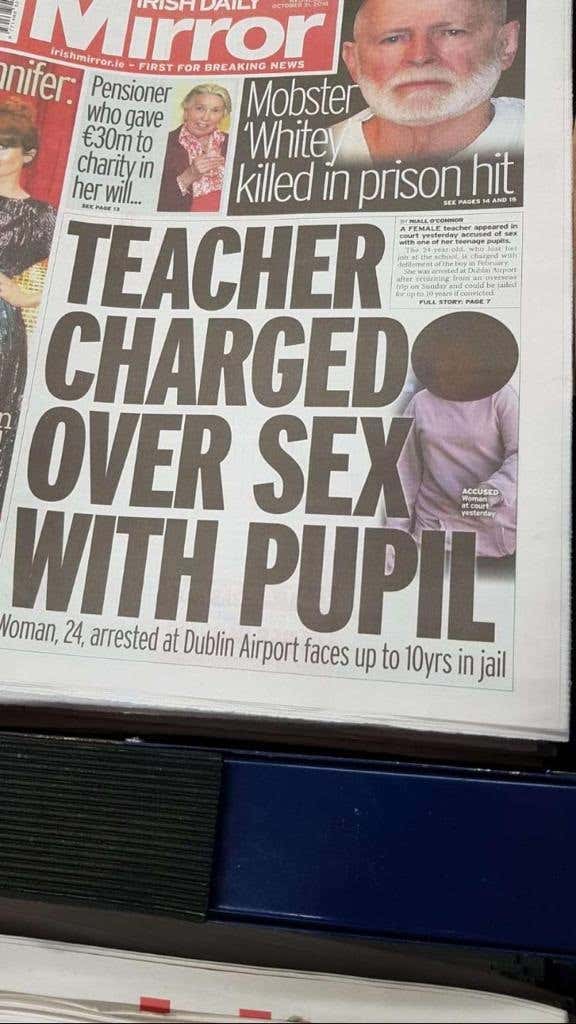 I mean, this is her, right? I emailed the guy back to find out more, but haven’t heard back from him, so I can’t be 100 percent sure. Still, while I’m no forensic investigator, this is the same photo, correct?

Aside from a matter of tint, they certainly look the same to me. From the patterns of her hair to the angle of the door frame to, of course, the lady parts.

So I’m going to presume that these other photos the guy sent me are also of this anonymous teacher: 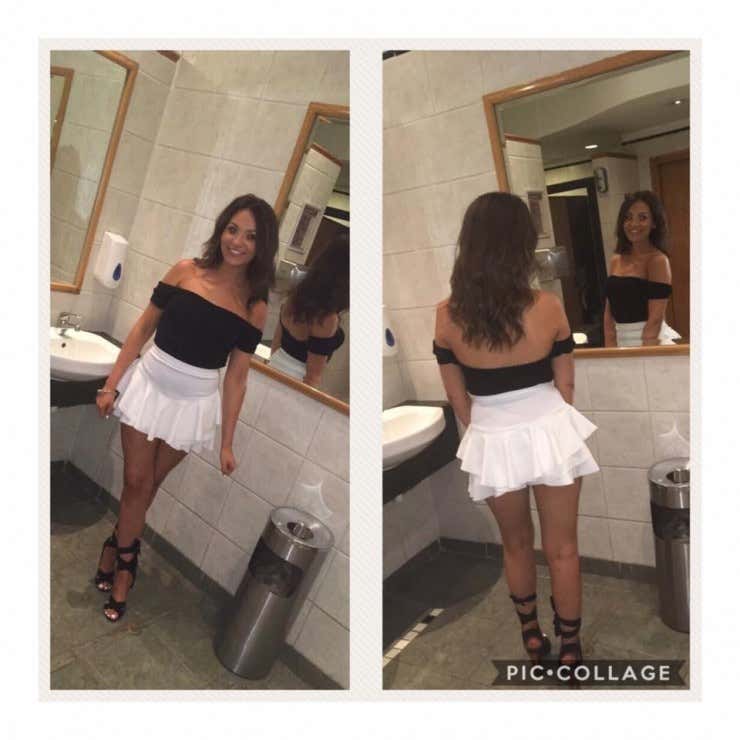 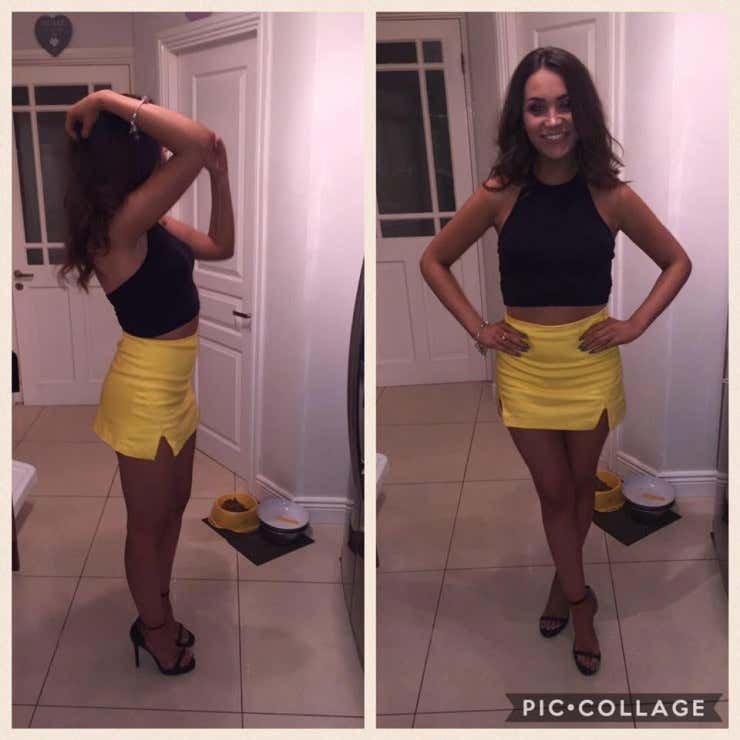 I can’t confirm it is the same woman. But to these amateur eyes and this professional SST expert, it sure looks to be. So I’m going with my anonymous and probably Irish source.

And just to address the obvious legal issues of running afoul of Irish law, I think I’m safely out of their jurisdiction. And it’s the American way to keep victims anonymous, not the accused, so there’s that. Finally, my brother did some ancestry research and we’re pretty certain my great, great grandfather from Tuam skipped out on his wife and kids to come to America without telling them he was going. So Section 3 (1) of the Criminal Sexual Offences Act 2006 isn’t the biggest law of Ireland the Thorntons have broken. And I can all but promise you it won’t be the last.

The Grades:
Looks: What can I say? What really needs to be said? She’s almost like a cross between Kate and Pippa Middleton in their primes. If they were hotter, Irish, a very much DTF. I’ve rarely had a SST crush like the one I have on Lauren Ellen Ni Mhaonaigh.
Grade: A

Moral Compass/Bad Judgment: Ordinarily I’d give mediocre marks for facts like two unnamed sex acts. But since this is like the first one of these from my ancestral homeland and I’m frankly so self-satisfied with getting any info on this one, I’m throwing out the usual scoring system. This one’s for you too, Polling Place Detail Cop.
Grade: A

Intangibles: Pick up line: “Are you a Sex Scandal Teacher from Ireland? Cuz you’ve got my penis Dublin.” Or “We are the Students Who Say Ni.” Either way,
Grade: A

Overall: A. The bad news: Someone just got bumped from the end of the year SST Starting Lineup. The news: The Hall of Fame is about to reopen its doors.