You flopped top trips and turned top full house. All you want to do is smash that call button. You are chopping with other Kings, and get beat by only KQ and pocket deuces. People often shove (move all in) there to try to fold out a chop, which is the most infuriating fold you can make. But the best fold you can make is the correct hero fold. When you have what should be the best hand, but you go against everything you know and feel and toss your hand away, only to get shown the one hand your opponent shouldn’t have (but does) which beats you. 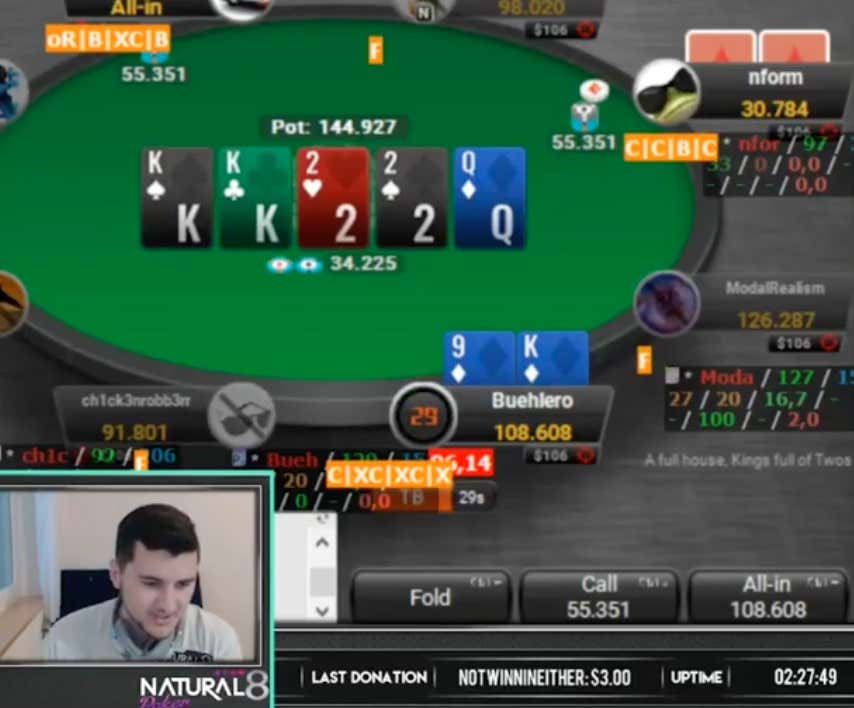 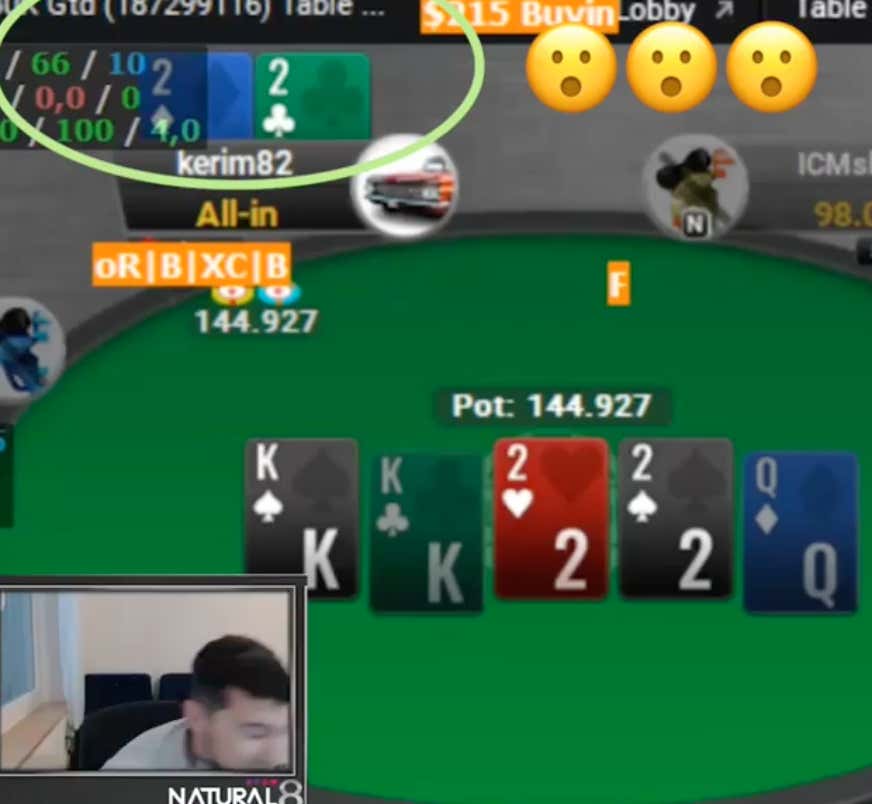 It can sometimes fuck with you though because when you make the wrong fold you want to die. If he folded to like a K8 of spades or something he would have been on such tilt. But he read the situation, decided his opponent could never bluff in that spot, and was shown the goods. I love that he proceeded to then call himself a genius for the fold. You just feel so alive after getting away from a big hand like that. Like you’re unbeatable. What an awesome, sick game it is.