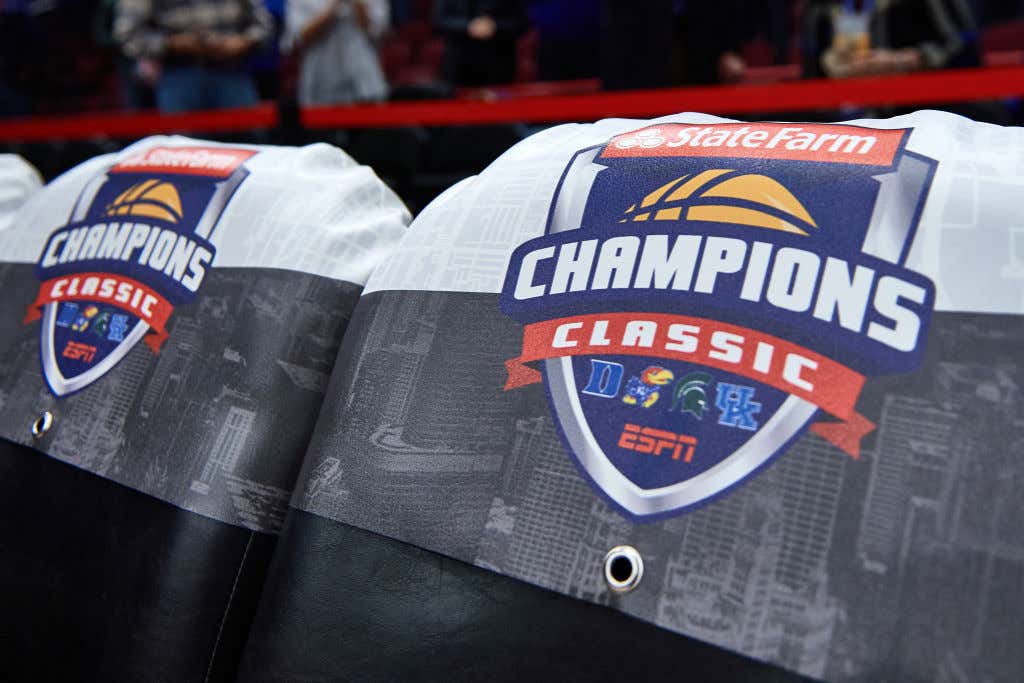 Hi, welcome back to college basketball. It’s day 1 and we have a pretty loaded slate. I talked about how awesome it is that college hoops is opening on a Tuesday with these sorts of games, so you can read about that in that blog. This one will be dedicated for those who like to read breakdowns with some picks. As always, I welcome you to fade me, I’m sure it’s been more profitable anyways. We’ll do these whenever the days warrant it and there’s enough games to discuss and talk about a side to be on as well. We’re going to avoid any over/under picks and just focus on ATS/SU picks for the sake of ease. Let’s get right into it.

No. 8 UNC at Wofford (+10.5) – 7:00 pm (ESPN2)
A rematch from last year. Actually, first, credit to Roy Williams here. The one thing Roy has always done and is awesome to see is games like this. He’s not afraid to go play on the road at a mid-major. It’s rare to see big programs do that and it’s always refreshing to see smaller schools rewarded with a home game that will sell out instantly. Now, as I said. This is a rematch from last year where Wofford beat UNC in Chapel Hill. So there’s confidence here for Wofford. More importantly they also return pretty much everyone including Fletcher Magee – regarded by most as the best shooter in the country. Magee had 27 last year while getting up 23 field goal attempts. Don’t forget Cameron Jackson, who put up 18 and 9 last year and was really a calming point in the middle of the floor. For UNC it’s going to be finding the right balance between offense and defense. The best lineup for UNC will be going small with Maye at the 5 spot and White/Jackson/Little/Williams around him. But, they’ll give up some easy points with that lineup. If Wofford can keep UNC off the glass again and get Magee some open shots, it’s going to be interesting. I’m also anxious to see how UNC replaces both Berry and Pinson offensively. What made Pinson so unique is UNC ran the offense through him as a wing. He was a unique player.
Pick: Wofford +10.5

No. 1 Kansas vs No. 10 Michigan State (+6) – 7:00 pm (ESPN)
We’re going to see two completely new look teams from last year. Both lose big time stars in Jaren Jackson/Miles Bridges and Devonte Graham. But, here’s the thing. Kansas is bringing in a massive class that includes transfers that had time around the program last year. Most notably Dedric Lawson – a possible NPOY candidate. I’m not sure how Michigan State matches up with him. He’s going to give Ward/Tillman/Goins a bunch of trouble. He’s too quick for them and can draw fouls. He’s the unique matchup that Bill Self has always preferred at the four spot. His game mimics the Morris twins and we saw how successful Self was with them. You can look at the backcourt and make a case that the veteran core of Langford/Winston can give Kansas problems, but that would be a bit of a disservice to how good Grimes/Dotson/Moore are. This just isn’t a great matchup for Michigan State, who is a top-15 team to me, but just a weird matchup.
Pick: Kansas -6

Florida at No. 17 Florida State (-4) – 9:00 pm (ESPN2)
Florida is one of my favorite under the radar teams this year. I know they lose the heart of that team in Chris Chiozza, but they are bringing in a 5-star in Andrew Nembhard. Along with talent he’s also a bigger guard which will simply give Florida a different look. The Seminoles are coming off a run to the Elite Eight, but will be without Phil Cofer for this game due to injury. Look for Florida to try and spread Florida State out, relying on KeVaughn Allen and Jalen Hudson – two guys that are a bit forgotten about. Allen did struggle a bit last year and if he can get back to the hype he had coming into last season, Florida could end up as high as the second best team in the SEC. Both teams do like to push tempo, so expect and up and down game.
Pick: Florida +4

No. 2 Kentucky vs No. 4 Duke (+1) – 9:30 pm (ESPN)
The gem of the night is Duke vs Kentucky. We know all about these two teams and rightfully so. They are both damn good. Here’s the thing tonight though. Duke has the 3 best players – Reddish/Barrett/Zion. However, 4-10 very well might be Kentucky. I mean I’ll listen to Tre Jones in the top-10, but who on Duke are you going to take over Travis/Washington/Hagans/Quickley/Johnson/Montgomery/Herro? That’s where this game is going to be won. Kentucky has the depth to bother Duke, especially since Kentucky (and Duke) both had extra practices with the international trips. Keldon Johnson is going to be the name to watch here for Kentucky. Whoever he draws defensively is going to be the matchup to watch. Johnson will likely end up on RJ Barrett and if he can contain him and force him into longer two, it’s a win. Duke’s shooting will be the story all season. If Kentucky can take care of the ball and force Duke to slow down, it’ll be a win for Kentucky. I am curious to see how these two teams lineup. Kentucky will likely be at its best with Washington/Travis out there and three guard/wings, but if Duke goes small and moves Zion to the five, does Kentucky try to match? Will K stick to his roots and play a traditional post in DeLaurier/Bolden? This game is going to be awesome.
Pick: Kentucky -1

Western Kentucky at No. 25 Washington (-8) – 10:30 pm (ESPNU)
Two teams that I think could be very good. Washington, we know a good bit about. They were one of the bigger surprises in the country last year going from completely awful to a bubble team. This year the Huskies are a top-25 team to start the season and a possible favorite to win the Pac-12. Western Kentucky is bringing in Charles Bassey and return a good amount, but there’s one problem here. Who is WKU bringing to Washington? Lamonte Bearden is ineligible. Desean Murray is suspended for the game. Josh Anderson and Taveion Hollingsworth both might be suspended. I don’t love that, especially on the road against Washington’s 2-3 zone.
Pick: Washington -8

BYU at No. 7 Nevada (-14.5) – 11:00 pm (CBSSN)
I love this Nevada team. They have top talent in the Martin twins and Jordan Caroline. They are bringing in a million transfers, because it’s Nevada. They are bringing in a 5-star guy in Jordan Brown. Now, that said, BYU is a team that could end up making the NCAA Tournament. The Cougars are getting Nick Emery back and return Yoeli Childs. There are three questions for me in this game. 1) How will Nevada continue to look as Lindsay Drew makes his way back from an Achilles injury? 2) How will Eric Musselman handle the rotation with the depth after really having a 6-man rotation during the NCAA Tournament? 3) How will Nevada look with a different look? By that I mean last year what made them so good was spreading teams out and running a 5-out offense. This year they’ll have Trey Porter, Jordan Brown, Jordan Caroline up front and will just be bigger, likely leaving someone in the post. Will that change the way the offense looks? Nevada is a national title contender to me, but 14.5 is a lot of points. I know this is a home game and the Muss Buss will be fired up. But, will Nevada be able to take advantage of that environment?
Pick: BYU +14.5