Alright, I know I’ve talked you ears off about this card and we’re all winding down from it now, but I just wanted to show you guys this clip before its life cycle is over, because I’ll definitely forget if not, and it’s worth a watch…

In the UFC, generally, there are three “Bonuses” given out at the end of every card: 1 Fight of the Night Bonus, awarded to the most exciting fight of the night, and 2 Performance of the Night Bonuses, awarded to the individual competitors who put on the best…you guessed it…performances of the night. Each is worth $50,000 ($50,000 to both fighters involved in the Fight of the Night), and for a lot of undercard fighters in the UFC, could be life-changing. Hell, Sijara Eubanks, a Women’s Flyweight on this card, just said that prior to this month, she was working at a bar on the Jersey Shore and delivering food via DoorDash on top of fighting in the UFC just to survive. Pretty nuts. Prizefighting is a mad game, but I digress. Knowing the massive implications that one of these bonuses may have on somebody’s life is important, though, to fully understand how awesome this moment being captured on camera is! I mean, look at this genuine shock! 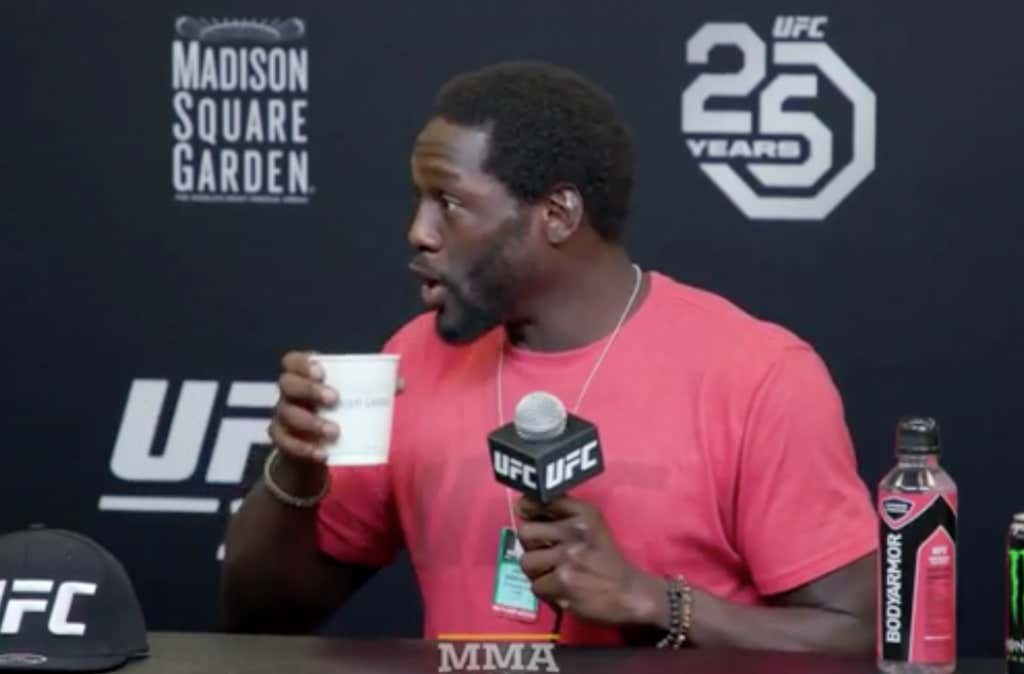 Amazing. I thought Killa Gorilla looked great at Middleweight on Saturday, and honestly hope the best for him. He came off like a real personality afterwards, and he’s always been super likable, so we’re on the train now. Choo-choo, mothafuckas!!!

P.S. Someone yelled from the media, “What’re you gonna do with the bonus?!” as he walked off the presser platform and he just casually looked back and said “Pay some bills!”. It was great.