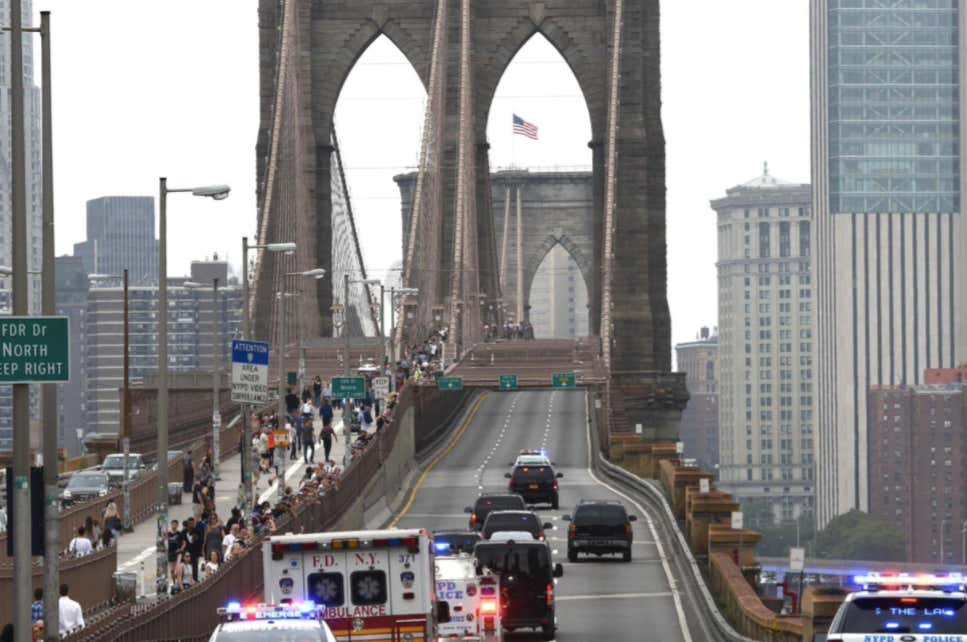 Source - Joaquin “El Chapo” Guzman will be moved twice a week during his long-awaited drug trafficking trial in Brooklyn — out of concerns that he could be assassinated, a high-ranking police source told The Post on Monday.

The diminutive, 61-year-old drug lord will only be spending weekends in a high-security wing in the Metropolitan Correctional Center in Lower Manhattan. On Mondays, he’ll be transported from there to Brooklyn federal court and will return to the MCC on Fridays, the source said.

Guzman — accused of running the Sinaloa Cartel, the most powerful in the world — will travel via police escort along the Brooklyn Bridge, which will be briefly closed to pedestrians and vehicles during that time.

“They talked about closing the bridge twice a day but that’s crazy. That would disrupt the whole city,” the source said.

Authorities were concerned about “more than a breakout while moving him,” the source added. “We were worried about somebody killing him. It’s a drug war.”

Jury selection in Guzman’s trial began Monday morning. He was transported to court before dawn for his scheduled 9:30 a.m. appearance, a source said.

I know I’m not supposed to root for El Chapo and I’m not, but how cool would that be if there was an actual escape attempt? Helicopters following him from his cell to the courthouse and all of a sudden the car transporting him just takes off like that scene in The Italian Job with the three Mini Coopers. It’s not that farfetched considering it’s happened twice before. Granted, both times were in Mexico where the police force is exactly considered “legit”, but still. Every time he went to jail, he’d end up waltzing out the front door like Dr. Evil five minutes later. Apparently, that’s what they’re trying to avoid this go-around.

A police source with knowledge of the security plan said authorities have considered that Guzman could slip away in a style similar to Rédoine Faid, a convicted armed robber who escaped from a French prison via helicopter and with the help of heavily armed gunmen in July. “El Chapo could try something like the escape outside Paris,” a source said.

Authorities beefed up security in and around the courthouse with bomb-sniffing dogs and metal detectors outside the courtroom, which is closed to the public during jury selection.

Guy’s going to have more security than Steve Buscemi in Con Air. It’s like they completely forgot that even if he DOES escape, we have Sean Penn to track him down. I understand taking the necessary precautions , but it feels like we can loosen the grip…or at the very least not cause a traffic jam. El Chapo knows it’s over, he’s not going to try anything.