If you’re an adult who’s never experienced or imagined what each of the major holidays would be like if you had to celebrate them while maintaining complete sobriety, then don’t worry, I’m about to help you imagine while simultaneously making you irrationally angry, because my opinions and drinking habits are different than yours.

No bullshit this time. Just my real, subjective thoughts condensed into a semi tolerable amount of words, without any satire, forced puns, or annoyingly aggressive and atrocious attempts at alliteration. 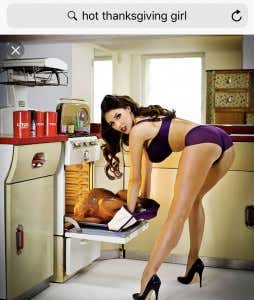 Depending on the general likability and culinary skills of your family, spending time with them while eating copious amounts of home-cooked Thanksgiving food, relaxing, and watching football, are all activities that can still be thoroughly enjoyed without the consumption of alcohol or drugs. I’d even go as far as to say I might prefer to be sober for Thanksgiving. I’d never physically try it, but I could see it being a power move with a list of potential benefits.
Sober Score: 8.8/10

2. The Fourth of July

Being out on a boat on your preferred body of water-whether it’s a lake, ocean, river, stream (it would have to be a a really large stream or an abnormally small boat), reservoir, bay, or lagoon-is one of the simplest and most intrinsically-satisfying pleasures that life has to offer, especially in the middle of summer on a patriotic holiday. With that said, being out on a boat on a beautiful, sunny day on the Fourth of July, without being able to crack open at least a few cold ones with your boys or maybe even a couple White Claws (if you’re a girl or a fucking pussy, right fellas?!), would feel extremely peculiar, if not inappropriate and problematic.

Fireworks don’t really do it for me, but if you’re the type of person who is entertained by brief detonations of colorful sky art, then you’re probably also the type of person who excitedly stands in line for two hours just to spend 30 seconds on a popular rollercoaster, which means you’re definitely the type of person who doesn’t need alcohol or drugs to have fun. All in all, I think that typical Independence Day activities still hold up when sobriety is included, but some luster is lost.
Sober Score: 8.1/10

Christmas is Christmas. If it’s your thing, then it’s your thing, regardless of your level of intoxication. I just think it’s strange if you fall on either extreme end of the spectrum: a fanatic who starts a Christmas countdown 11-12 months in advance and gets horned up for all of its holiday “magic” (this subgroup probably intersects with the grown adults who are still obsessed with Disney on a Venn diagram of weirdos) or a miserable, infected chode who despises any form of festiveness. I personally kind of like Christmas with or without sobriety, but I might be so brazen to say I’d take a regular old Saturday in the summer (brews with the boys) or fall (college football and brews with the boys) over Christmas in a head-to-head showdown. 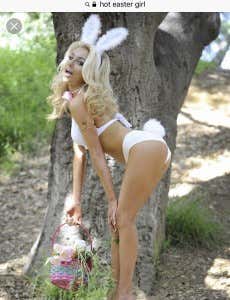 Easter, while being the premier holiday of the Christian religion, is ironically somewhere in between the heaven and hell of holidays for me. It has some positive aspects, including the undefeated, unchallenged, heavyweight champion of the candy world: The Reese’s Egg.

Not to go off on a tangent, but if you like Reese’s Pieces more than Reese’s Eggs (someone who used to be close to me expressed this opinion recently), then you’re the type of person to be negatively affected by Megan’s Law. If you prefer Peeps over Reese’s of any kind and you’re not severely allergic to chocolate or peanut butter, then exit out of this and block me on every social media platform immediately. Other than that, Easter is just “ehhh” to me. Between starting the day off with a prolonged church service and the fact that it always falls on a Sunday for some reason, the vibes and motivation to even drink alcohol or dabble with drugs on Easter are kind of killed.
Sober Score: 5.0/10

5. Halloween
In and of itself, the act of dressing up in a costume is at minimum, slightly fucking annoying and uncomfortable, and at maximum, mildly humorous and entertaining. Celebrating Halloween sober, especially in a congested college town or big city, would be wildly unappealing, but at least you get to look at the various costumes and say things like, “haa that’s good” when you see someone who’s wearing a costume that you think is good.
If you have young children, then your life most likely already sucks an extraordinary amount of ass by default, but seeing them happily dressed up in their little costumes would probably be amusing (some might use the word “cute” or “adorable”- I’d never). Or you can be the type of parent to force your toddler to dress up like a mini Dwight Schrute or some bullshit, even though he begged you to let him be Thomas the Tank Engine, because you want to impress Instagram or snag a smooth 5K retweets. He doesn’t deserve to get candy and be happy, anyway.
Sober Score: 4.4/10

As someone who’s been both single and in a relationship (with a girl) on this holiday*, I have a fairly decent grasp on what it’s like to experience Valentine’s Day to its fullest*. No matter how you shake it, it’s a pretty bland and mediocre day for about 23 hours and 58–60 minutes. While drugs and alcohol can certainly help Valentine’s Day be more exciting, an excessive amount can also ruin the main perks of the holiday and cause your night to end in a flop.
Sober Score: 3.9

7. St. Patrick’s Day
I don’t want to speak on behalf of the Irish community, but from my personal experience, St. Patrick’s Day is pretty much just waking up, putting on something green, and gradually getting more and more fucked up until you fall asleep; then repeating that process 0?-?2 more times, depending on your age, level of degeneracy, alcohol tolerance, and use/abuse of uppers, etc.
Unless you have some kind of weird leprechaun fetish or affinity for green apparel, then I can’t see how “celebrating” this holiday sober would be anything more than exhausting and shitty.
Sober Score: 2.2/10 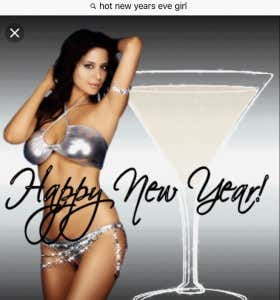 New Year’s Eve’s biggest strength, in my opinion, is that it brings back the nostalgic thrill of the house party-which, if done correctly, is vastly superior to going out to bars or clubs and dealing with long lines, unsettling cover changes, excruciating waits to be served, comical drink prices, and a plethora of random douches and dickheads flaunting the bottle service they took out a loan for. Whether it’s a cabin, ski lodge, a rich friend/family member’s upper class home, or just a regular fucking house, NYE offers a unique opportunity for adults to practice debauchery in the confines of a lawless, non-public space, that’s reminiscent of their early years of college. However, if you remove the act of getting wasted from that equation, then I’d imagine the experience would be at the very best, terrible.

I guess I can kind of see the appeal of being in Time’s Square to watch the ball drop on New Year’s Eve, except no I can’t at all. My stupid brain just isn’t capable of fathoming how anyone in the world would have any desire to stand in place amongst a jam-packed crowd of peons and serfs in frostbite-inducing weather without access to basics amenities like food, warmth, or toilets, just to observe an oversized sphere descend and witness Mariah Carey’s eroded vocal chords belt out a couple holiday hymns that would sound insurmountably better if you just stayed home and listened to those same songs on Spotify. I’d rather run for 26.2 miles straight in a similar location. No I wouldn’t.
Sober Score: 0.6/10
Running A Marathon Score: 0.0/10

That’s all I got. I’d love to bust out a couple thousand more words on some of the less prominent holidays, but like a cautious college kid coyly collecting condoms from a campus clinic, I’m gonna force myself to wrap it up.