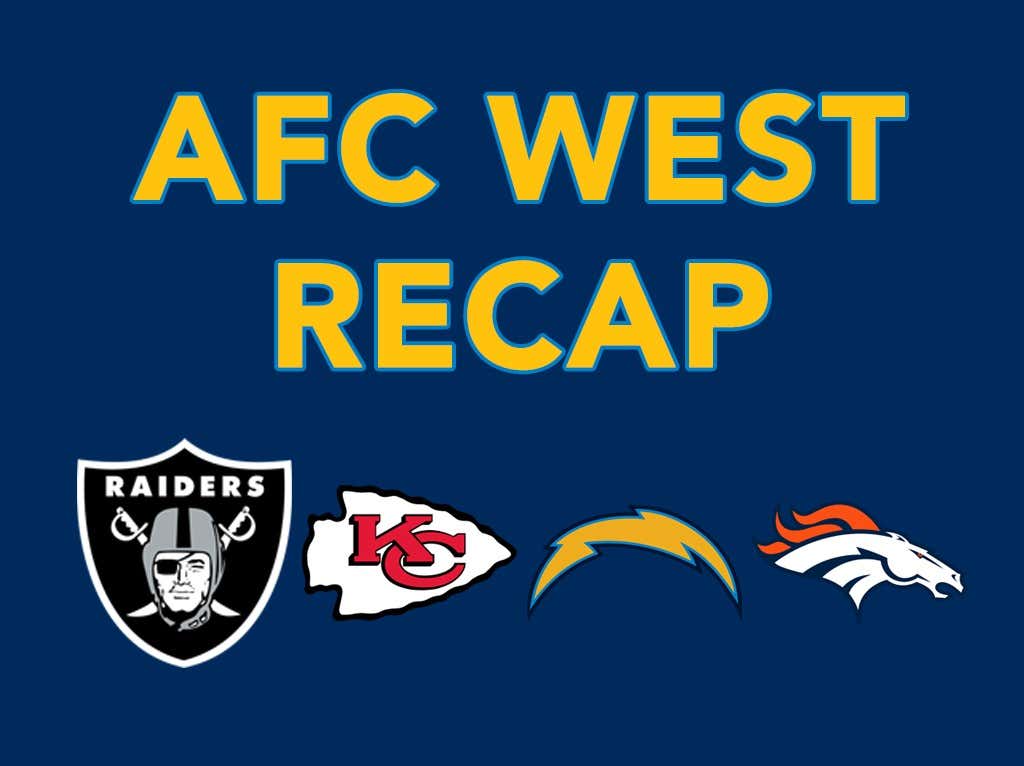 TLDR: The Chargers and Chiefs are still very good and the Broncos should probably just shift their focus to next year.

Well, it was ugly, but the (6-2) Chargers beat Seattle 25-17 in spite of sleeper cell agent Caleb Sturgis’s best efforts to sabotage the team. 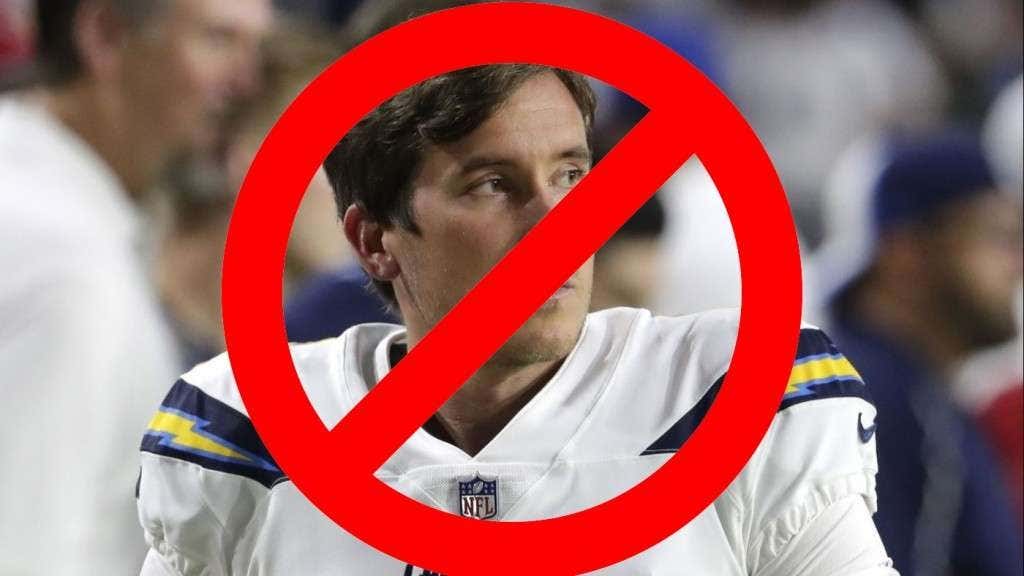 The offense clicked very well to start the game, scoring touchdowns on the first two possessions of the game. Melvin Gordon was the big star of the game, rushing 16 time for 113 yards including a 34-yard touchdown. Keenan Allen had a phenomenal day as well, hauling in 6 of 10 targets for 124 yards. Philip Rivers continued his MVP candidate (0% chance he wins, let me make that clear) campaign, completing 13/26 passes and adding 2 touchdowns against a great defense in the hardest away stadium in football, helping the team become the first in the entire AFC to win in Seattle since 2011. This leaves him at 3rd place in QBR rating in the league, with 19 TDs and only 3 interceptions.

The defensive unit had one of their best games of the season, sacking Russell Wilson 4 times, hitting him 6 times and getting 7 TFL. Corey Liuget added 3 TFL on his own, which was great vs a strong running team. Derwin James and Jatavis Brown co-lead the team in tackles, the former being in coverage on the last play of the game (although the ball was tipped by Jahleel Addae who had a monster game). The best highlight on the day was Desmond King’s pick-six.

Lastly, Caleb Sturgis nearly fucked the whole thing up by missing 2 XPs and a field goal. Presumably, he is going to be cut and replaced with Michael Badgley. Kicking isn’t easy, but you just can’t consistently fuck up this bad and retain a job.

Takeaways: The defensive unit looked strong coming off the bye, which is great considering the remaining schedule of patchwork offensive lines. Hopefully the return of Joey Bosa will bolster them to being in the semi-elite category before the last few weeks of the year. The offensive line has looked great, and Sam Tevi has done an outstanding job as a fill-in.

The best offense in football remained just that, crushing the Browns 37-21 in Cleveland to move to 8-1. 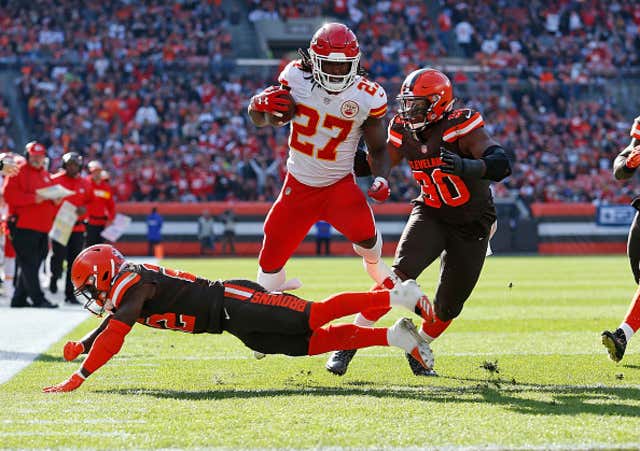 The offense was phenomenal, essentially scoring on 6 straight possessions if you don’t count Pat Mahomes picked-off hail mary to close the half. Mahomes finished the day completing 23/32 for 375 yards and 3 touchdowns, only taking 2 sacks vs a good pass rush. Ohio native’s Kareem Hunt and Travis Kelce stole the show, putting up 17 rush|91 yard|3 Tot TD and 7 Rec|99 Yards|2 TDs lines respectively. Also, Spencer Ware and Tyreek Hill 69’d in that they both racked up 69 yards.

The defense continued their slow but steady improvement, holding Cleveland below their season averages in yardage and points allowed. Breeland Speaks continued his marked improvement, racking up a pair of TFL’s and 4 tackles. Chris Jones had a sack in what feels like the 2000th game in a row for the big fellow. Our youngest and bestest son Jordan Lucas had a vicious sack, and Steven Nelson co-lead the team in tackles and had a great pick followed by one of the best celebrations of the week.
Takeaways: Cleveland had a ton of defensive injuries early that hampered them in a huge way, so I’m counting that as a massive grain of salt to take with the game. That said, I think there is a lot of improvement in this defensive unit as a whole. Their biggest problem remains tackling. It’s devastating in their inability to stop the run and bleeds into them getting busted in play action. 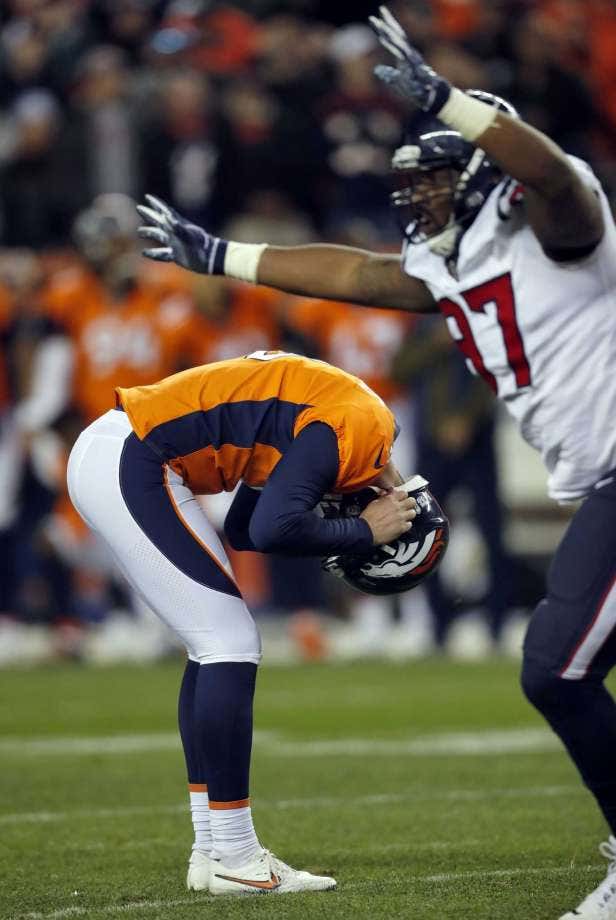 Case Keenum had an inefficient, but mostly mistake free game, finishing 26/42 for 290 yards and a lone TD to Jeff Heuerman. Neither Courtland Sutton or Emmanuel Sanders really stepped up in the absence of Thomas, with neither of them eclipsing the 61 yards he got over his old team. Phillip Lindsay rushed a lot, gaining 60 yards but only averaging 3.5 per carry. Devontae Booker leeched a TD, taking one 14-yards. The offensive line was mostly intact vs a strong pass rush, but Keenum had trouble seeing the field, under/over throwing a lot of passes.

On defense, Bradley Chubb continued his extremely strong case for DROY. He was second on the team in tackles, and had 3 TFL and yet another sack. His 8 sacks through his first 9 games are the most by any NFL rookie since a previous DROY winner by the name of Von Miller who also had a great night, with 2 TFL and a sack to put him in a tie for 3rd in the league.

Takeaways: When you lose as many close games as the Broncos have, a lot of eyes are going to go towards coaching. Vance Joseph tasking Brandon McManus with hitting a 62-yard field goal to close the half was dumb as all hell, and lead to the Texans getting the ball in their turf with enough time to make their own field goal which turned out to be essential in their win. Closing out the game by trusting McManus with a 51-yarder instead of trying to grind out some more yards and make it easier was also extremely dumb, but maybe he was just overly confident. The dream of playoffs for this team is essentially dead unless Rivers and Mahomes decide to retire today, but there is a lot of positives to take away from the young guys on the roster.

Notes: Daesean Hamilton, Darian Steward, Royce Freeman, Bradley Roby, Brandon Marshall, Sam Jones, and Nico Falah were all inactive. In really bad news, Matt Paradis broke his leg after getting rolled up on by Keenum. They’re going into a much needed bye-week to rest and recharge.

Edit: If you’re looking for the Raiders, I already did them after TNF, dummy.