On Monday morning, I took the NJ Transit commuter train to work. I spent the weekend in rural Pennsylvania, swishing my feet through scattered leaves, picking apples from the upper-branches of an orchard, throwing the apples at children overhand, and lighting fires at my girlfriend’s family’s house. It was the happiest I’ve been since I was single, when I was happier. In short, the days of me dickin’ down every Tom, Dick, and Harry are over. 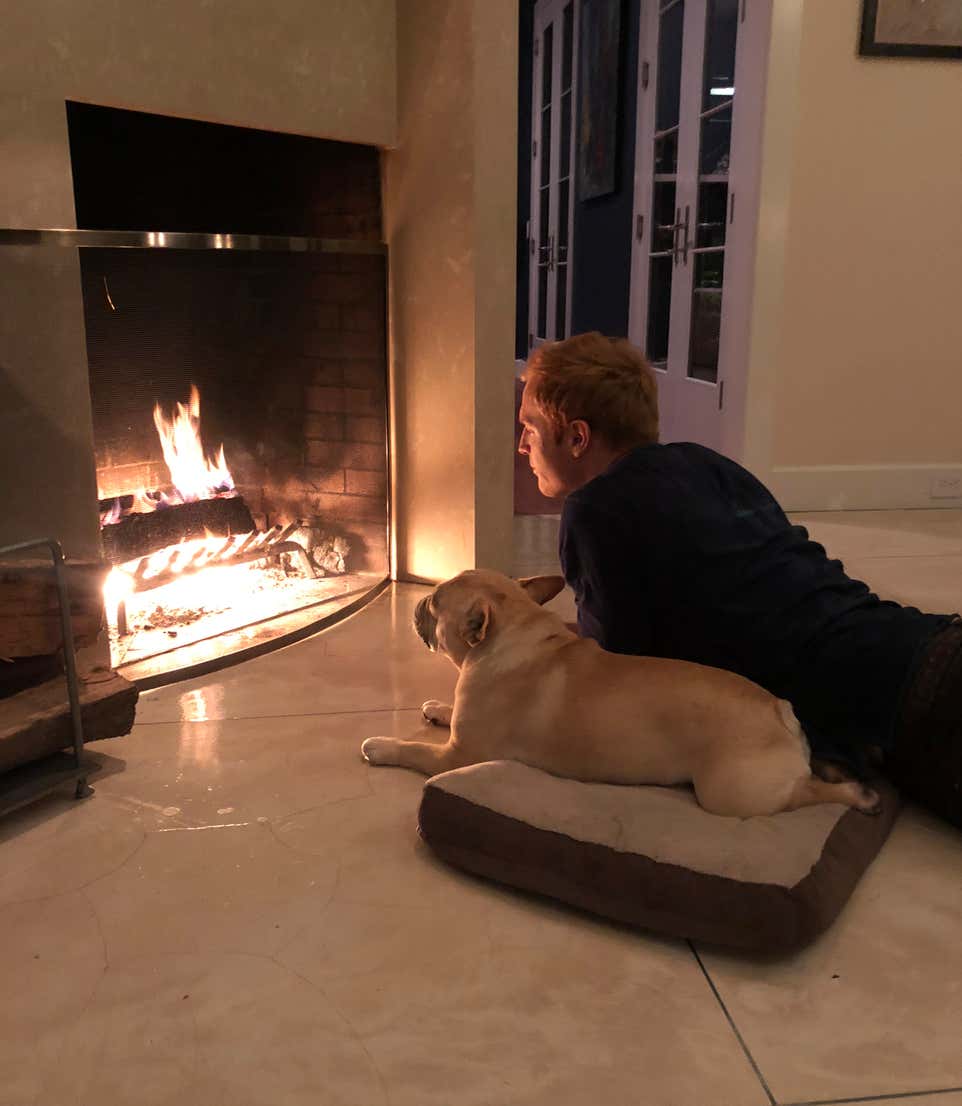 We woke up early and drove against the current along the mighty Delaware River. The heavy rains of late had raised the water to the brim of the river’s banks, submerging the roots of trees that poked like straws out of the frothing, excited waters. We crossed from Pennsylvania to New Jersey, braving the traverse like Washington on that cold Christmas night, on a rickety, iron bridge that was far too low for suicide. And yet, I noticed a number of crisis hotline signs posted along the bridge’s stanchions. This puzzled me, for any would-be jumpers would find the jump pleasant at best, mildly thrilling at worst. One could hardly call the contemplation of such a jump a crisis.

Now, if you’re serious about ending your life with the help of gravity, head to San Francisco’s Golden Gate Bridge. It’s by far the most picturesque bridge from which to jump. If you’re into posting suicide grams, hand your phone to a trusty tourist for a candid jump pic—you’ll get a TON of likes (not that you’ll know, lol). It’s the most successful bridge in America and the second most successful suicide bridge in the world (top honors go to the Nanjing Yangtze River Bridge in China. But every suicide enthusiast knows that.) The Golden Gate is high enough that even someone as diminutive as Ellie would hit the water at 75MPH, resulting in severely ruptured organs, shattered necks, broken pelvises, legs, arms, eye sockets… you name it, its broken.

Image randomly selected from #GoldenGateBridge on Instagram. I have no reason to believe this man is not alive.

As for the low bridge in Pennsylvania, I concluded that people must hang themselves from the bridge to warrant the posting of such signs. In warmer months, families canoe or raft down the river, under the bridges, enjoying sandwiches and the occasional toke. How do you explain that to your kids? “Don’t worry, they’re just stretching!” Haha yeah dad, my face turns purple when I stretch too. Nice try.

On we drove down this corpse-filled river. It was a beautiful fall morning. The waking sun flickered through bright yellow trees like a strobe light from the heavens. Inside the car, I held in rumbling farts brought on by plant-based protein, so lovingly scooped by her parents into my breakfast smoothie because I’m “a growing boy.” Despite my discomfort, I was happy, glowing even. I like this family and I love this girl.

We arrived at Hamilton Station in New Jersey around 7:10AM. As I shouldered both my appropriately-packed bag and my girlfriend’s outrageously overpacked bags, we heard a commotion in the station. Looking up, we saw a young, handsome man shaking the hands of every morose Monday commuter. He was Josh Welle, running for congress in New Jersey’s fourth district, and he was damn glad to meet ya. “I need your vote!” he implored, working his way through the freezing, lifeless hands of a group of old women. He wore the straightest, most boring pair of pants I’d seen since a high school jazz band concert. His hair was immaculate, cut the same way as his brutal Old Navy slacks. He was trailed by some campaign lackey who filmed the greetings on an iPhone, presumably streaming the bone-chillingly boring scene on Facebook live for fewer viewers than we’d garner for an electric chair featuring Marty Mush, alone.

I honestly tried to avoid him. Just as I look away when “poets” read their insipid verses on the subway for money, I wanted no part of a politician asking for votes during my morning commute. But he was incorrigible, as any true politician must be. He walked straight towards me, eye-fucked me from head to toe, and said “wow, you’re a rockstar.” Then he dapped me up and walked away.

I was speechless. Flabbergasted. I felt like I’d been hit by a train made of dandelions and compliments. In three words and a hip handshake, Josh Welle had assured me that he would pull our country from the divisiveness of yesterday and launch us into a land of promise tomorrow. Racism? Gone. National debt? Gone. My hair? Back. This is the man, folks. This is our savior.

I did happen to google his platform and sadly, he is a democrat. I’m sorry for that. I wish he were a populist flat-earther running on the promise of returning us to the silver standard. Instead, he’s an Afghanistan war vet who lets his mother buy his pants. I can’t vote in New Jersey, so really, it doesn’t matter. All I know is that Josh Welle thinks I’m a rockstar. And that’s enough for me.

But if you live in New Jersey, vote for Josh Welle. He seemed like a solid dude.

AND IF YOU LIVE ANYWHERE ELSE, VOTE TODAY! DEMOCRACY HOORAY!