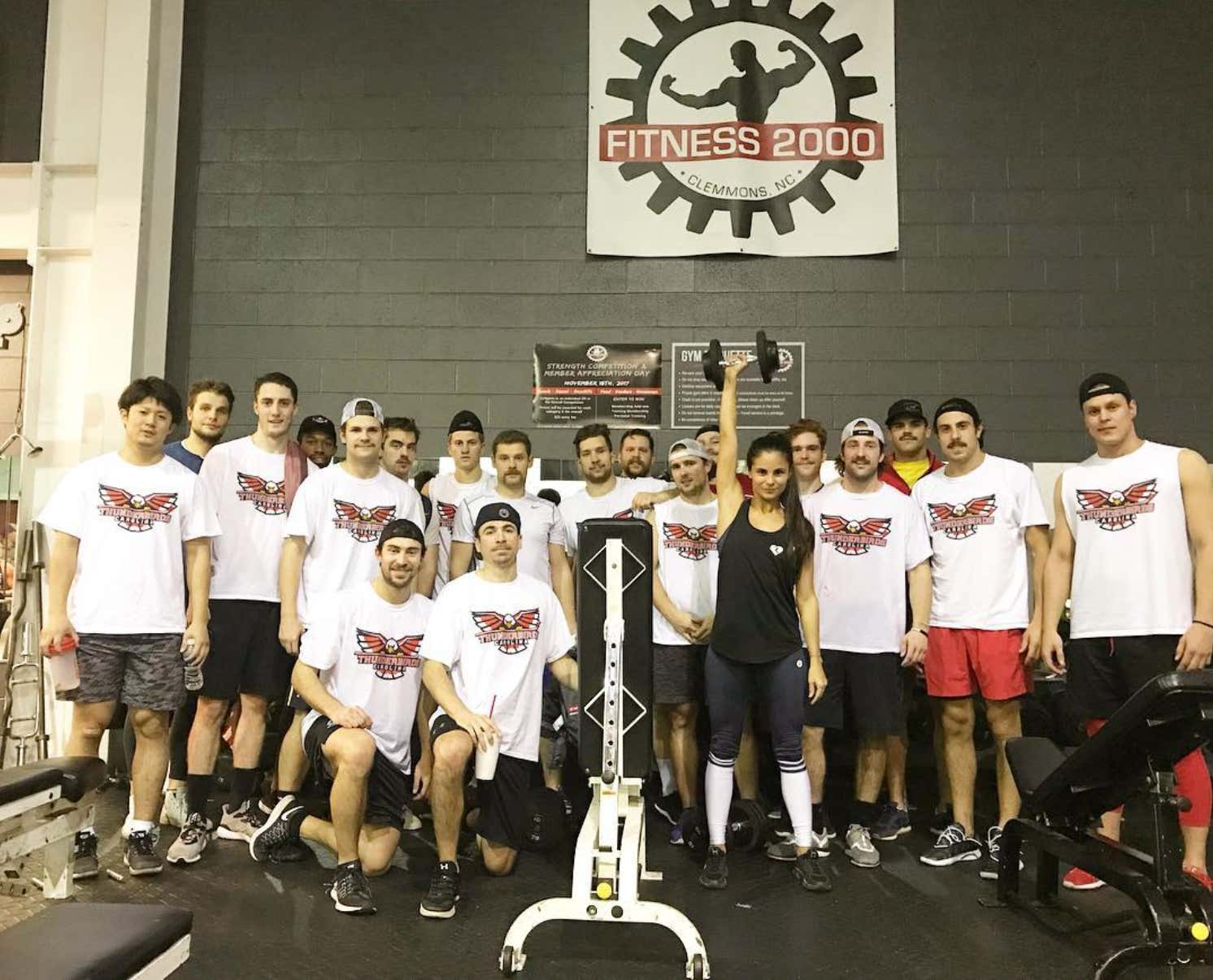 FHL – The Federal Hockey League announced this week that Head Coach Andre Niec has been suspended six games due to his actions in Saturday night’s 6-0 win over Port Huron. With Niec suspended, the Carolina Thunderbirds have announced Team Trainer Karolina Huvarova as Interim Head Coach in his absence. This would make Huvarova the first European woman to coach a men’s professional game, second overall to Nicole Kirnan of the 1000 Islands Privateers.

“They say that the best things seem to come when you are least expecting them; and I’ll be honest, this was not expected, but it is still very exciting.” Huvarova said. “The team is very strong this year and I look forward to keeping that strong start going. This team is tough and even with Andre suspended, we will still be tough to play against.”

Huvarova comes immensely qualified to coach the Thunderbirds team. She carries a Master’s Degree from the University of Ostrava and she has been involved in the personal training field for the last 15 years. She has served as the team trainer for Niec for the last four years, going back to his time as the coach of the now defunct Berlin River Drivers. “I’m not just going to be some Barbie doll on the bench.” Huvarova said. “I’m smart when it comes to hockey and fitness being around it as long as I have, and fans should know that the team is in good hands for these few weeks.”

So the Carolina Thunderbirds are a semi-pro hockey team who play in the Federal Hockey League. You’re just going to have to believe me that that is a true statement. The FHL is a thing that exists and the Thunderbirds are one of the 6 teams in the league. I’d imagine that the FHL is just about one step up from beer league where guys don’t have to pay to play, and they have coaches on the bench for games. You may remember the FHL as the league where this fight happened a few years back.

But that’s not the point of this blog. The point here is that the Carolina Thunderbirds coach is currently serving a 6-game suspension for god knows what. And in his absence, the team trainer will be serving as the interim head coach. That team trainer just so happens to be Karolina Huvarova. And she definitely knows a thing or two about fitness, so you can bet your bottom dollar that the Carolina Thunderbirds are going to be the fittest team in the league for at least the next couple weeks here.

The boys definitely aren’t missing any workouts this season.

Hope she gets off to a nice little 6-0 start and the team just removes the interim tag here. If there’s one person who is going to take the FHL to new heights, it’s Head Coach Karolina Huvarova and the Carolina Thunderbirds.