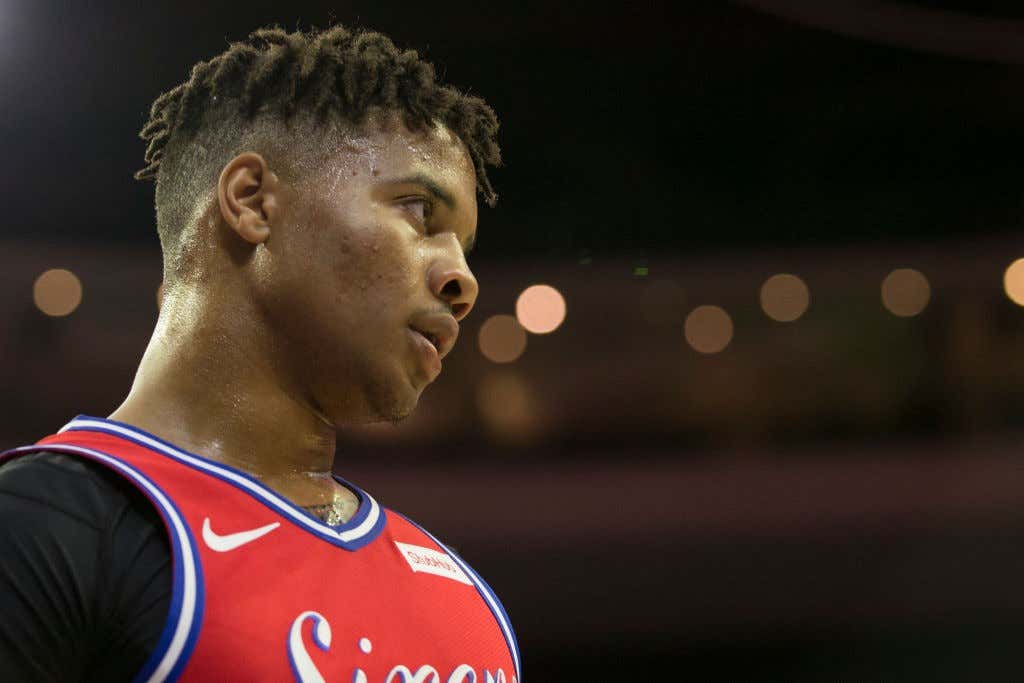 By now, if you pay attention to the NBA you know who Drew Hanlen is. He’s essentially the most popular NBA trainer out there right now, and if you think of your favorite player I guarantee Hanlen has worked with him. Seeing as how he is responsible for helping my personal basketball prodigy Jayson Tatum become an absolute force, I’m a big Drew Hanlen guy. He’s also an important figure in today’s NBA because he was tasked with solving perhaps the greatest mystery of the 21st century:

Now it’s early, I want to stress that, but early returns are mixed now that Fultz is back and playing. Through 11 games so far Fultz is averaging just 39/30% splits, and it’s really only that high because of his FG% at the rim.

I think it’s safe to say Sixers fans want more from their #1 pick, and that’s fair. At least be average shooting the ball to show some sort of progress. And look, I know this may sound weird coming from a Celtics guy, but I could not be more of a Fultz guy. I wanted him coming out of college and now that he’s in PHI I want him to be legit so these two teams can actually have a rivalry. I have no problem if he turns out to be an All Star, in fact I want it for him. But something just isn’t clicking, which brings me back to Hanlen.

In 2018, you have to know anything you say on the internet is there forever. Doesn’t matter if you delete it, someone snagged it. So naturally when Hanlen got into it a little bit on Twitter defending his boy, we had some juicy nuggets 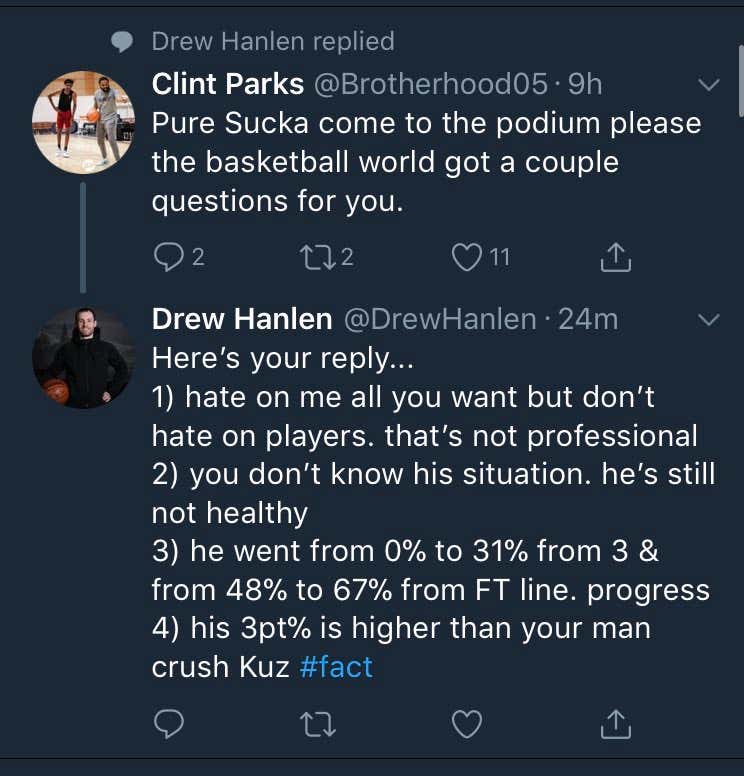 Now Hanlen makes some good points here. It’s true, Fultz has improved from 0% to 30.8% from deep and 47% to 67% from the line. That is improvement any way you want to slice it. Point to him. But nobody cares about that. The big thing here is his second point

“you don’t know his situation, he’s still not healthy”

Fuuuuuuuuuuuuuck this. I am putting my foot down, we are not going to do this. Every time Fultz still looks like he’s struggling, we do not get to say he’s hurt. That is so ridiculously lame I can’t stand it. If he’s hurt, why is the team playing him? Why has he played in every single game when players all around the league are taking nights off for “general soreness”. I’m sorry, I reject that claim. And yes, I do not know for a fact that Fultz isn’t battling some sort of injury, but you can’t have the year he did last season, where we were told the exact same thing, then release all these videos over the summer of his shot being fixed, him talk about how excited he is to be back and show the world he’s improved, then he stinks and now he’s hurt again? Give me a break with that shit.

Maybe Drew Hanlen is talking about his mental health or something, that perhaps he’s battling shit we don’t even know about which is a different story. That’s not something I feel should be joked about. But if he’s claiming he has a shoulder injury or something? No chance. Why does it seem like he’s hurt only when he struggles, but for example against ATL when he looked great and had 16/4/7 on 7-16 shooting he was what, cured? But then since he’s struggled in almost every game since that one, he has to be hurt. That is weak no matter what team you root for, and I have to think even as a Sixer fan you’re tired of hearing that shit.

Also pretty funny for the whole “don’t hate on players” while immediately hating on Kuzma soon after.

I get it, Hanlen has to stick up for his friend and he’s not totally wrong, there has been a slight improvement, but don’t go playing the injury card 11 games into the season when Fultz is struggling. That’s just a bad look for everyone involved including the team if they keep putting this kid out there if he’s not right, only furthering the damage physically and mentally.

The weirdest story in the NBA just keeps getting weirder.