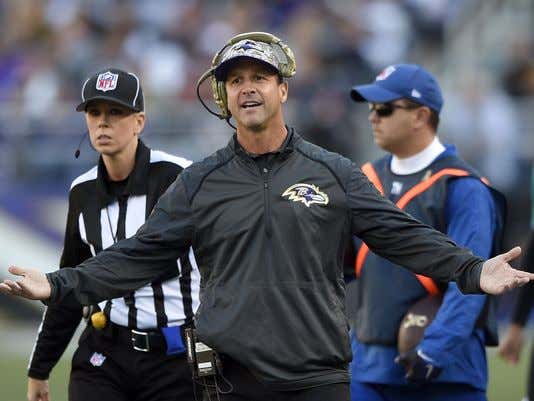 What an uninspiring effort. At no point in that game did it really look like they were ever really going to put something together. The Steelers were in complete and total control from beginning to end. The best way to beat a team like the Steelers is to control the line of scrimmage and control possession. The Ravens did neither. Big Ben and his unit were on the field for nearly 37 minutes of the game. You will never have success with those sorts of numbers.

Playcalling in the red zone was costly too. There was a graphic in the first half that showed the two teams’ red zone statistics. It read 2 trips, 2 TD’s for the Steelers, and 2 trips, 2 FG’s for the Ravens. That was the difference right there. And doing dumb shit like putting Lamar in for numerous plays didn’t help one bit. I’m intrigued by the idea of using Lamar as a changeup when the offense is sputtering, but not when the offense is in a rhythm. You’re clearly moving the football if you’re in the red zone. At one point Flacco completed passes of 13 and 30 yards, and then out comes Lamar. Are you fucking kidding me Marty??

The defense wasn’t much better. Just got bullied up front and by James Conner repeatedly. Couldn’t get off the field on 3rd down. Couldn’t get to Big Ben. Couldn’t force a takeaway despite having a good handful of opportunities. Couldn’t stop JOSH FUCKING DOBBS when we have them pinned inside their own 5. What a joke.

This is the game that just might cost Harbaugh his job. It might not happen during the bye week but this loss is so detrimental to the Ravens’ chances of salvaging this season. If they lose to the Bengals it is OVER. Not the season. The whole Harbaugh/Flacco era is dead. Over. Gone. So while they have an uphill battle here to save the season and their jobs, I really find no reason to believe they will do so. Just such abysmal football the past 3 weeks. Makes me sick.