Texas and West Virginia had the game of the day. Down 41-34, Will Grier made Gus Johnson orgasm on live air:

Instead of tieing the game, Holgo went for two. West Virginia went and won “the fucking game,” 42-41, keeping them in the CFP picture and reminding everyone that Texas is not back:

Here’s an idea, Texas: this won’t happen if you win. Crazy, right?!

P.s. Dana’s hair needs a documentary on it: 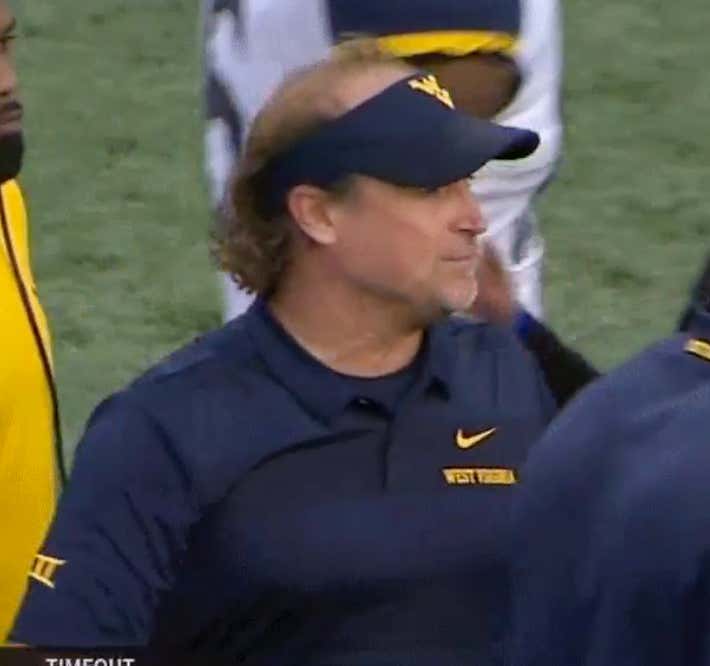