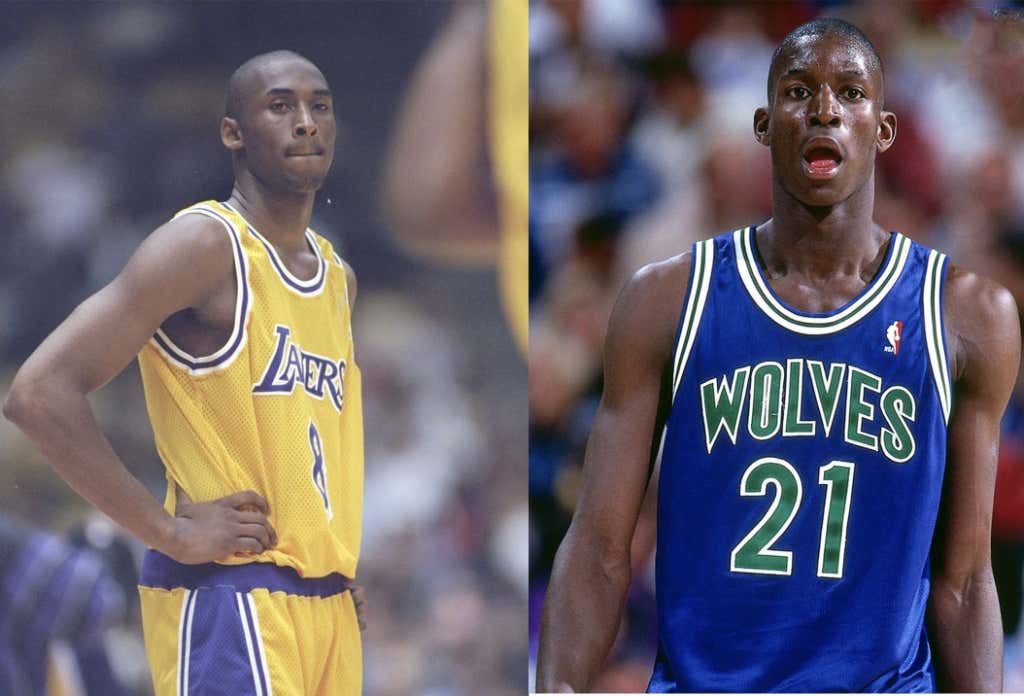 Just like with Allen Iverson from earlier this week seeing that tweet above made me feel old as shit. Considering all these iconic players were pretty much the bulk of my adolescence it’s just wild to think it’s been so long since they all made their NBA debuts. As it turns out, today is the day a couple of all time greats stepped onto an NBA court for the first time. Both ended up first ballot Hall Of Fame players, but both absolutely had a ton of doubters when they entered the league in the mid 90s. It had been 20 years since a high schooler had been drafted straight to the NBA (Bill Wiloughby/Darryl Dawkins  in 1975) before KG went in 1995 and Kobe in 1996 (as well as Jermaine O’Neal) so it wasn’t as accepted as it would eventually become. They obviously had much different rookie seasons, with Kobe playing in 71 games (6 starts) averaging 7.6 points on 41/37% splits playing 15 minutes a night and KG playing in 80 games (43 starts) and averaged 10/6 with 49/28% splits in 28.7 minutes a night. By year two their roles were much closer, although Kobe wasn’t named a full time starter until his 3rd season whereas KG became one in Year 2.

But given that this is a day to go down memory lane, why not take a look at each of their debuts? I would have loved to see all the hot takes that were thrown out after each of these, because to be kind they were modest at best. KG’s were probably a lot more kind than what Kobe got.

KG went for 8 points on 4-4 shooting in his 16 minutes and Kobe a stellar 0 points on 0-1 shooting in 6 minutes. No chance Lakers fans had any idea what was in store for them after that appearance, or really after any of his first three games when he had a combined 6 points. But as we know, both turned into legends that helped shape the NBA forever. You look at their careers side by side, and frankly it’s a little ridiculous 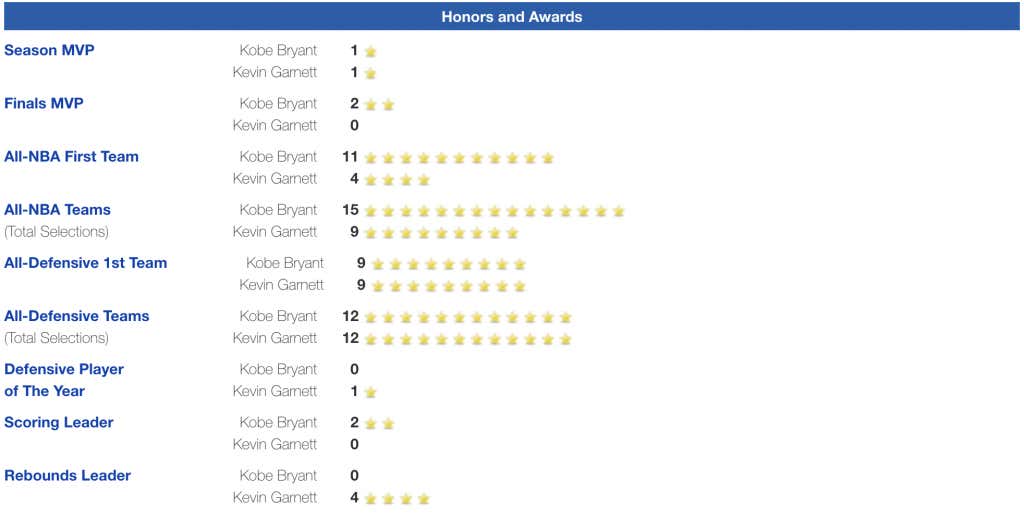 As a basketball nerd, give me more of these types of NBA history reminders. Stuff like this is why @prohoopshistory is one of my favorite Twitter accounts. Anyway, you can go back to enjoying your Saturday, I just wanted to give these beasts a quick shoutout.