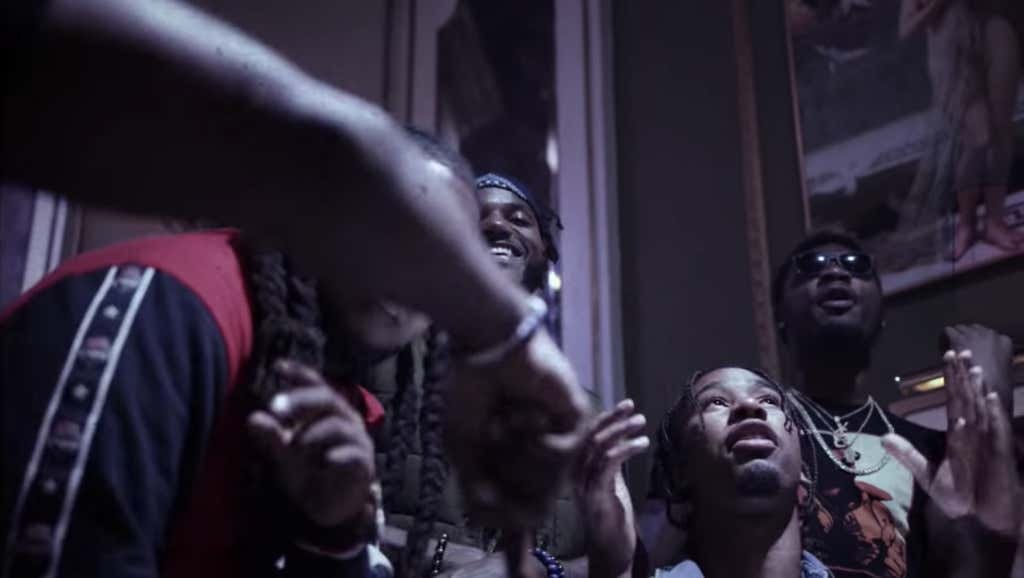 Boston Celtics star Marcus Smart got PAID this past offseason … and capped off the life-changing deal by joining his good friend, Trey Davis, and rapper iAmCompton in the booth.

Our sources tell us Marcus and Compton have been close friends for years … and randomly decided to hit the studio in L.A. back in August.

People connected to the track tell us the song and video (which was randomly shot at TAO) was never supposed to see the light of day … but enough people got wind of it and they decided to drop it to the public.

Alright Marcus! In 2018 if you sign a big $52M deal and you don’t make a rap video about it, did you even really sign a new deal? I’m going to go with no. I’m sure the reaction to this will be totally normal, and I for one am very much down for this. I had pretty low expectations but you know what, it’s not terrible! We’ve seen much, much worse from NBA players that’s for sure. He’s no DOLLA Dame but this shit was better than any song Lonzo put out. Honestly with all this shit Marcus has gone through over the last two years it’s great to see him having fun and being cocky as shit about that new deal. He earned that shit and even if the Celtics were bidding against themselves, had I known we were going to get rap music videos out of it I would have demanded they pay more.

I like how they didn’t ask him to do too much but just enough for him to show his bar spitting ability. This could have been a complete disaster that lives on the internet forever, so thankfully it kinda bumps. However, now that we’ve gotten a taste, I need more. I need another song with Smart and Tatum, I need to see Yabu drop bars in broken ass French/English. I need Brad to make an appearance somehow. Can you imagine a swagged out Brad Stevens? Probably won’t even crease his khakis.

I’d also love to see Ainge’s face as he heard this song. As we know, nobody knows hip hop like our man Trader Danny

Play this Smart song during intros and watch this team go 80-2. Prove me wrong.