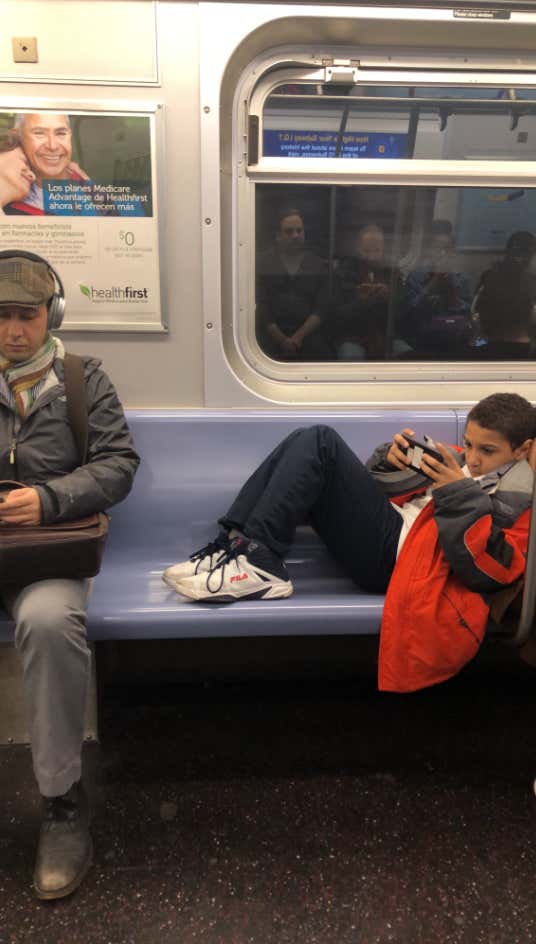 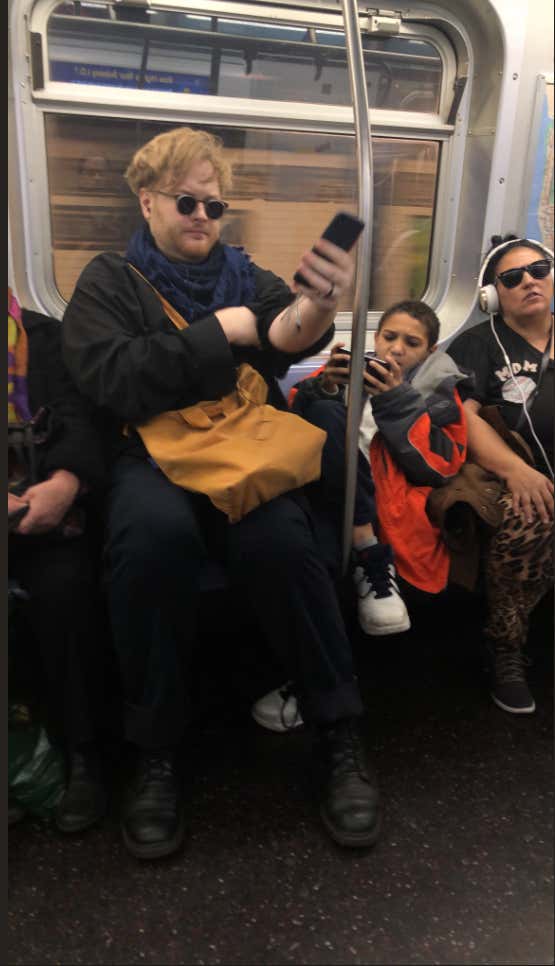 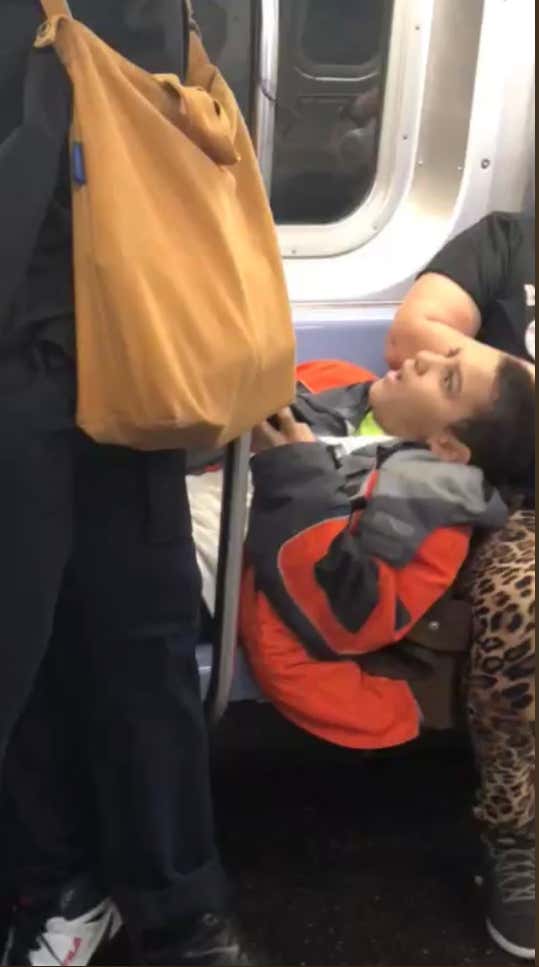 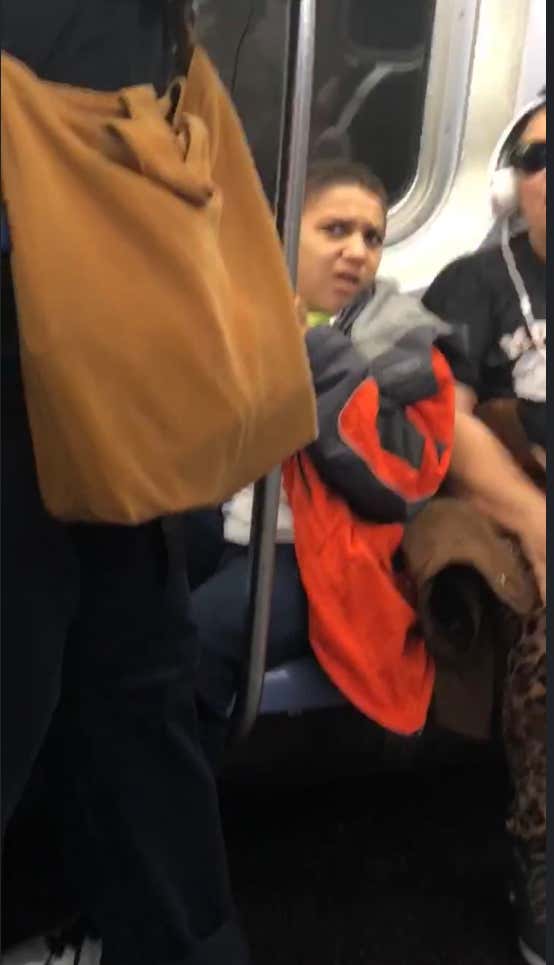 Commuters of the New York City subway, bow down to your new king as he sits on his germ-infested plastic throne.

I don’t know what else we can do for this guy outside of printing his picture with those sweet sunglasses and satchel on every Metrocard or raising a banner for him at Madison Square Garden. Because make no mistake about it, he is the hero Gotham needs and deserves. Messing with any New York City kid is taking your life into your own hands. But to also change that kid’s future in an instant like the butterfly effect is enough of a reason to march this guy down the Canyon of Heroes, since it doesn’t look like any New York sports teams want to get covered in ticker tape. You can actually see this kid’s future change before your very eyes.

This is the Timeline A, where little Joe grows from a boyspreader to a manspreader and doesn’t give a fuck about anybody else’s space or feelings. 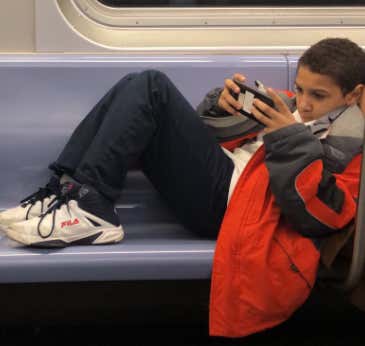 Now this is when little Joe realized that New Yorker’s don’t play that game, no matter how fresh your Filas are. 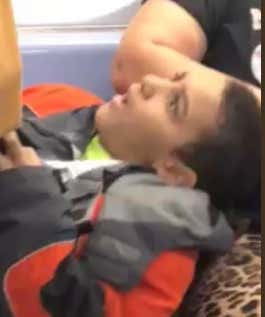 And this is the moment when we officially enter Timeline B, where Joe respects other people and takes only the space he needs while riding mass transit, thus ensuring the delicate balance of subway space in the overcrowded labyrinth of shit known as the subway remains in tact. 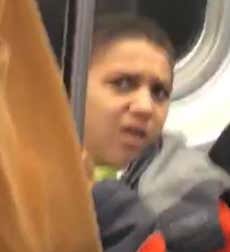 I’d be remiss to not include the Real LVP of all this, the mom/guardian who didn’t do shit before our fearless hero changed the world by sitting down because his dogs were barking.

As a parent, I am shocked and appalled that someone that literally has Mom on their shirt wouldn’t be parenting their ass off 24/7. Respect the biz one time for me lady! If you don’t want to teach your kids manners, the good people of the New York subway system will and in that case you would be better off letting them be raised by the wolves that raised Patrick McGillcuddy.