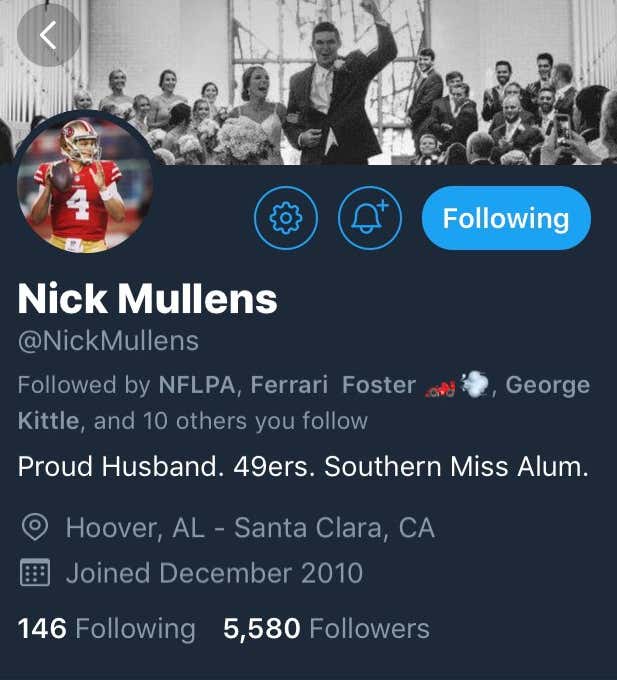 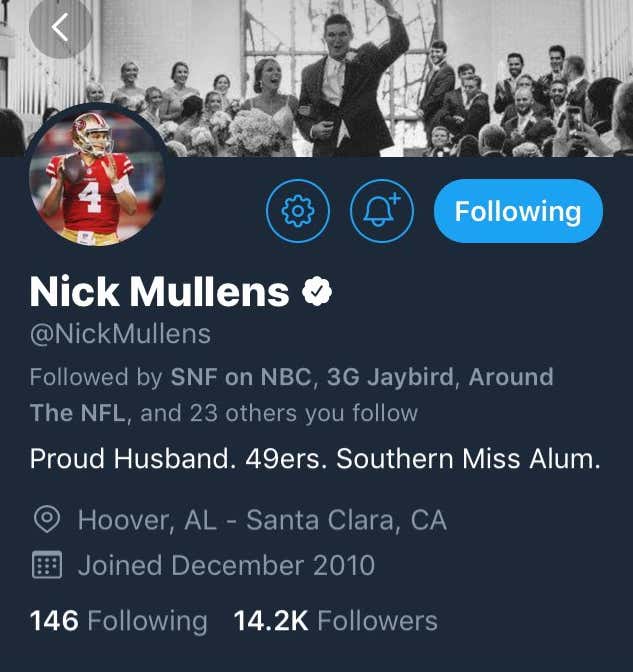 So the big story from last night was Nick Mullens becoming America’s darling during a game nobody cared about beforehand. I mean I had to look up which were playing in the Thursday Night game 10 different times this week to make sure I had my fantasy ducks in a row and immediately forgot who was playing every single time because who gives a shit about a 49ers vs. Raiders game in 2018?

But as it turns out, we had a wonderfully magical night as Nick Mullens became a household name and poured gasoline on the Raiders dumpster fire while also getting a blue checkmark for his struggles. This also could be because Kyle Shanahan’s system always seems to get the most out of its QBs and the Raiders are missing someone that could pressure the quarterback off the edge after dominating at SUNY Buffalo in college (hypothetically speaking).

Which leads me to my question. Do you think the NFL and that big bitch Roger Goodell ordered a Code Blue and demanded that Mullens was verified before the game went final? It’s one thing for the Raiders to be a fucking joke that is getting their dick kicked in on national TV as everyone in the country fires off their Jon Gruden jokes. It is quite another to have said dick kicked in by a starting quarterback who couldn’t land a blue checkmark despite playing a short ride from Twitter HQ and setting the passing yardage and touchdown marks at the same college Brett Favre went to. If Mullens looks like Derek Carr did last night or if the Raiders weren’t the most depressing franchise in the NFL, does Mullens even get the instant verification treatment likely without Twitter triple checking that he doesn’t have any old problematic tweets? I doubt it. But you can’t have a team that is a lame duck in their own city and is about to make the big move to Vegas losing to a guy that Twitter couldn’t even give the participation trophy of a blue checkmark to. Can’t do it (*Mike Singletary voice*).