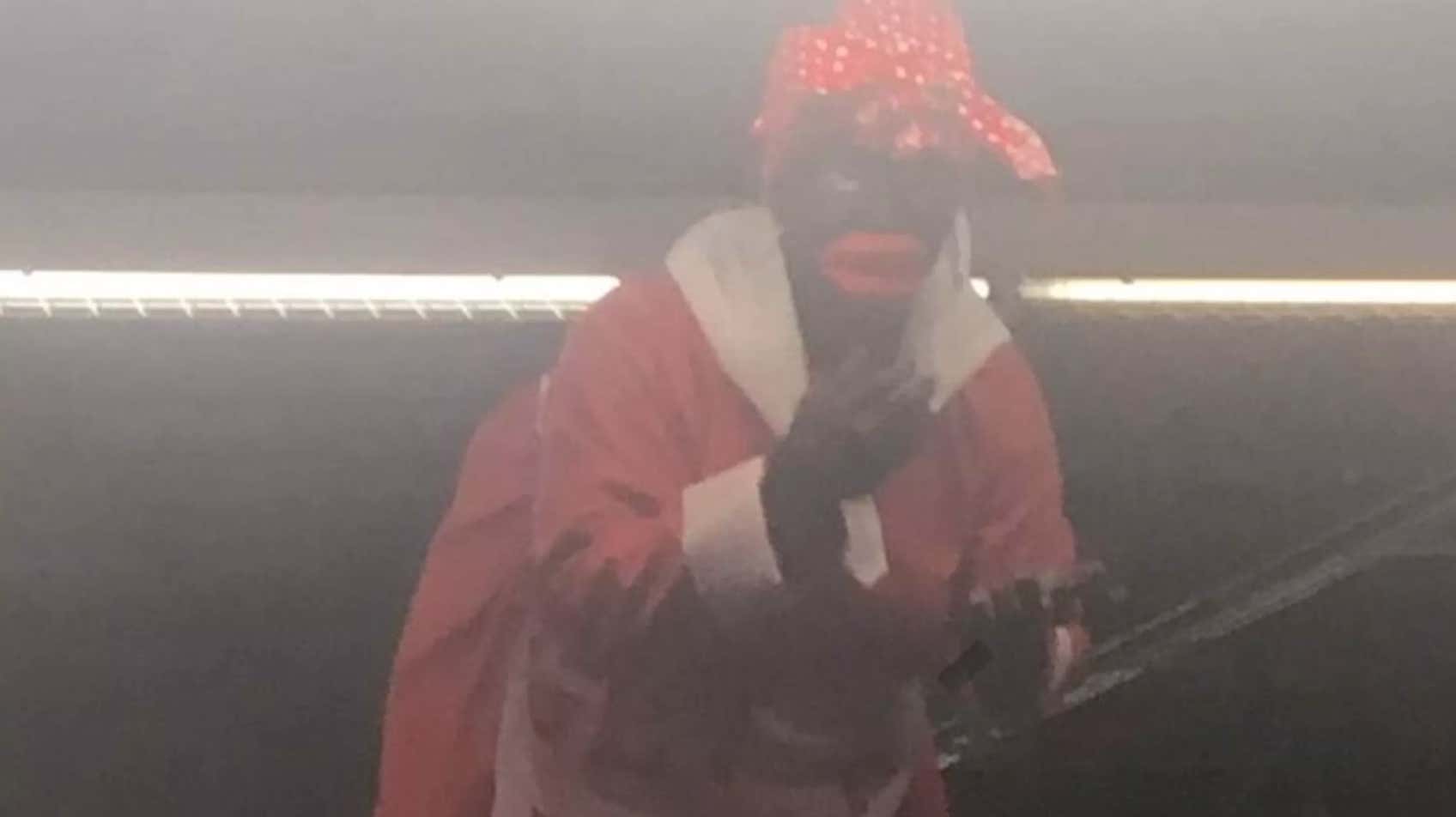 NYP- A UPS worker in Ohio has been fired after he was photographed in blackface, company officials confirmed. The unidentified female employee who worked in Sharonville was terminated after an image was posted to Facebook showing her dressed in blackface while wearing an oversized red coat, thick red lipstick and a red bandanna in her hair, similar to the offensive “mammy” caricature that rose to prominence in minstrel shows and the Jim Crow era. “The company has strict policies against harassment and discrimination, and has terminated this individual’s employment with the company,” UPS spokeswoman Kim Krebs told the Cincinnati Enquirer. “UPS has no tolerance for hate, bigotry or prejudice.” Krebs said she was unsure if the woman had gone to work in the costume, although a since-deleted Facebook post alleged that she had.

Nothing is hotter in the streets right now than blackface. Megyn Kelly was just the beginning of the wave. People simply can’t stop wearing blackface. Everywhere you turn, there’s another story about someone wearing blackface and getting fired from their job. I don’t love that the last couple stories about blackface have come outta the Midwest. We gotta be better than that, my fellow Midwesterners .

Serious question, what is it gonna take for white people to realize they can’t wear blackface? It’s astonishing (that’s right, astonishing) that people still wear blackface in 2018. It’s been astonishing that people still wear blackface forever but the fact that it’s still happening now that the internet is around is by far the craziest time period for blackface to still be a thing. We live in the information age. Think about it this way. The Megyn Kelly stuff went mega ultra viral. Viral isn’t even the right word for how big that story was. It was just a big fucking news story. Still is, in fact. Seemingly everybody in the country/the world was talking about what Megyn Kelly said about blackface. So everyone knows that blackface is gonna get you in trouble but this UPS worker did it AFTER all the Megyn Kelly shit. How the hell is that possible? You’re telling me not one person in his life stopped him before leaving the house like, “That’s gonna be an issue”? Wild. That makes me think blackface is never going away.