NBC - Newly released video shows a 5-foot-1 New York woman choking a much taller nightclub bouncer unconscious after she mistakenly thought he had slapped her rear end while she was dancing with a friend.

The Plattsburgh Police Department posted the video Thursday showing 22-year-old Kierah Lagrav attacking the bouncer from behind at Five1Eight Nightclub on Oct. 20.

In the video, Lagrav is seen at the bar dancing with her friend when the woman hits Lagrav’s butt.

Not realizing it was her friend who touched her, Lagrav spins around and makes a beeline for the bouncer who happened to be walking by the two women.

Lagrav immediately wraps her arms around the bouncer’s neck. Lagrav’s friend tries to stop her, but it’s too late and Lagrav and the bouncer fall on the dance floor.

I love the response by the bouncer too:

Lagrav choked the bouncer unconscious, police said. They said the bouncer didn’t try to stop her because he thought it was a friend playing a joke on him.

I frequently let my very good friends come up behind me and put me in a headlock and choke me until I pass out and fall to the floor unconscious. You don’t?

Anyway, this isn’t just a tough look for the bouncer.  That’s the obvious.  This is a tough look for Chads all across the country.  The Brads who have stood their ground against a bouncer and tried to remove their lawyer father’s black card only to be ragdolled across the streets.

Bouncers, you see this little shorty walking into your nightclub, WYD? 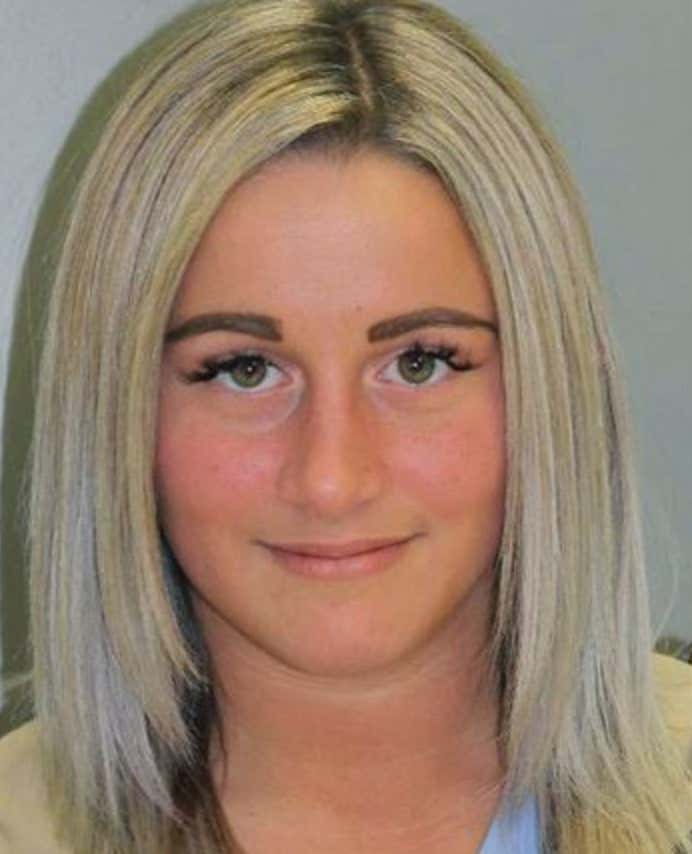 Take your shift break, run home and never come back.