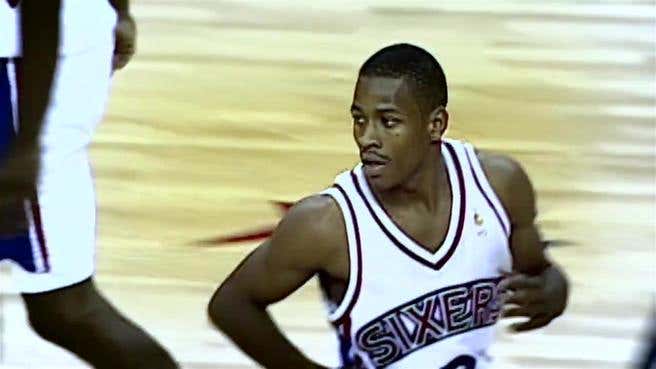 Damn. when I saw this tweet come across my timeline I almost couldn’t believe it. Its been 22 years already since AI debuted in the NBA? Where the hell has the time gone. Anyone around my age (31), did this also make you feel old as shit? To me there are two instances when this happens. When you start to watch sports and you see guys younger than you start to dominate, especially in college. You go from hey these guys are my age to god dammit this kid is so much younger than me and dominating life. The other instance is when we get clips like this talking about players that were a HUGE part of your adolescence. Even as a Sixers hater, it’s impossible to grow up when I did, be a fan of the NBA, and not be a gigantic Iverson guy. I had the shoes like I’m sure you did 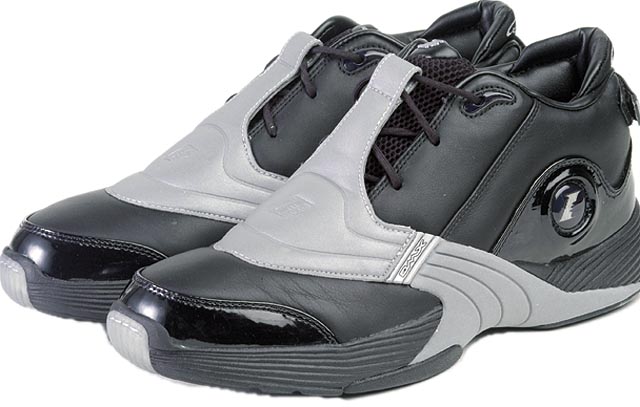 and while playing pick up with my friends I definitely tried the white Jewish version of his insane crossover.  I’ll always remember being mad that I fell asleep during that crazy Iverson vs Vince Carter playoff battle. Again, this is coming from someone who hates the Sixers. That’s how good Iverson was.  So while the Sixers did a good job giving you a little glimpse of his debut, I’m going to do you one better. This is the internet after all and you deserve to see the whole thing

Back then the Sixers threw out a starting lineup of Derrick Coleman, Iverson, Jerry Stackhouse, Clarance Weatherspoon, and Michael Cage. Ultimately they finished 22-60, but that doesn’t mean their debut wasn’t met with a great deal of hype. Iverson showed up too, with 30/6 on 12-19 shooting (2-4 from deep) in his 37 minutes of action. He led both teams in scoring, and it was the perfect warning of what we were about to see from the HOF guard.

One of the more polarizing players in NBA history, I truly believe we won’t ever see another player like Iverson again. The things he was able to do at his size still make my brain explode, and you definitely wouldn’t see him pulling any of the “rest” bullshit we see from today’s superstars. Again, crazy this was 22 years ago, and it’s true they just don’t make them like AI anymore.