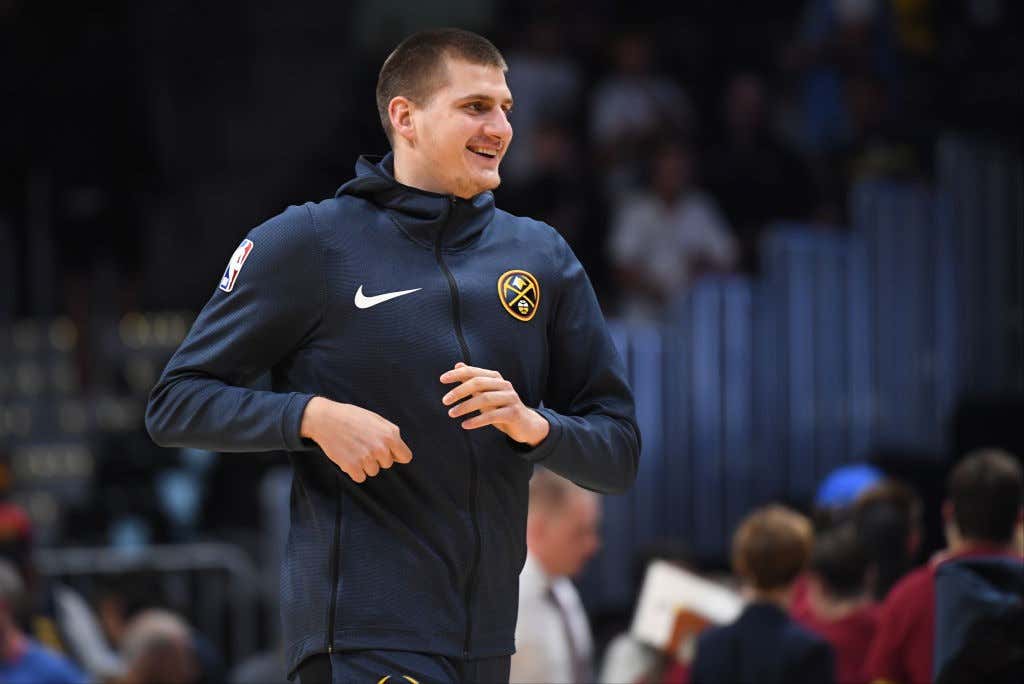 There are a million reasons to love Nikola Jokic. Take 5 seconds and watch him play, and from a basketball standpoint there’s a ton to love

He’s a 23 year old max player who is finally starting to get some national recognition for the work he does on the court. Nuggets fans have always known this, but with each triple double he puts up he’s starting to be talked about more and more in terms of some of the best young bigs in the NBA. But this blog isn’t about how likable he is because of his basketball talent. It’s about what he had to say in his postgame interview last night after going up against Wendell Carter JR

Ahh the classic “no homo” joke. You know these, they were all the rage in like the mid 2000s. The look on his face before he says it makes me laugh every time. Seeing as how he’s Serbian, he’s probably a little late to what’s trending in the streets these days. Chances are he just heard this for the first time like a week ago and thought it was the funniest thing ever. What makes this funny to me is he most definitely did not have to say it. Nobody would have thought he was talking about Wendell Carter Jr’s dick. That would be such an outrageous connection, but somehow that’s where Jokic’s brain went. I mean anyone who pays attention to the Bulls and Carter Jr as a player knows he has around a 7’5 foot wingspan which was the 7th longest in his entire Draft class.

Maybe it’s my simple brain that thinks this is funny, but don’t lie to yourself, this is funny. I don’t know if it’s the accent or what, but I find it impossible to watch this and not laugh. Just an outrageously unnecessary thing to say and something I don’t think we’ve ever seen a pro athlete say in a live interview. He just had to make sure before he answered that he made sure to throw out the “no homo” just in case there would be any confusion.

My only wish is that there isn’t any sort of backlash for this. It’s so innocent and again, he’s Serbian so he has no idea that this joke ended years ago. I hope people simply appreciate this for what it is, which was a funny out of the blue soundbite.